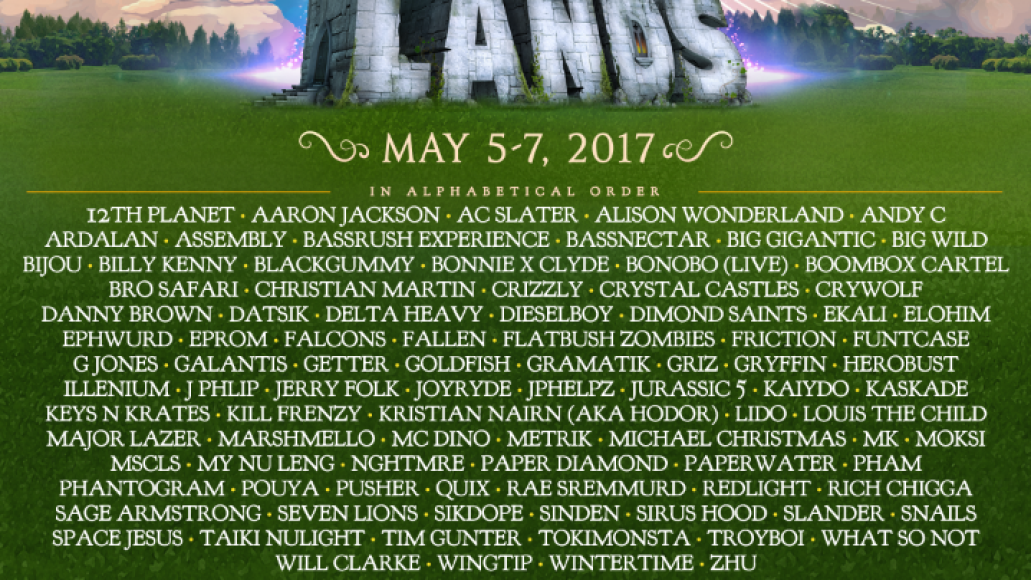 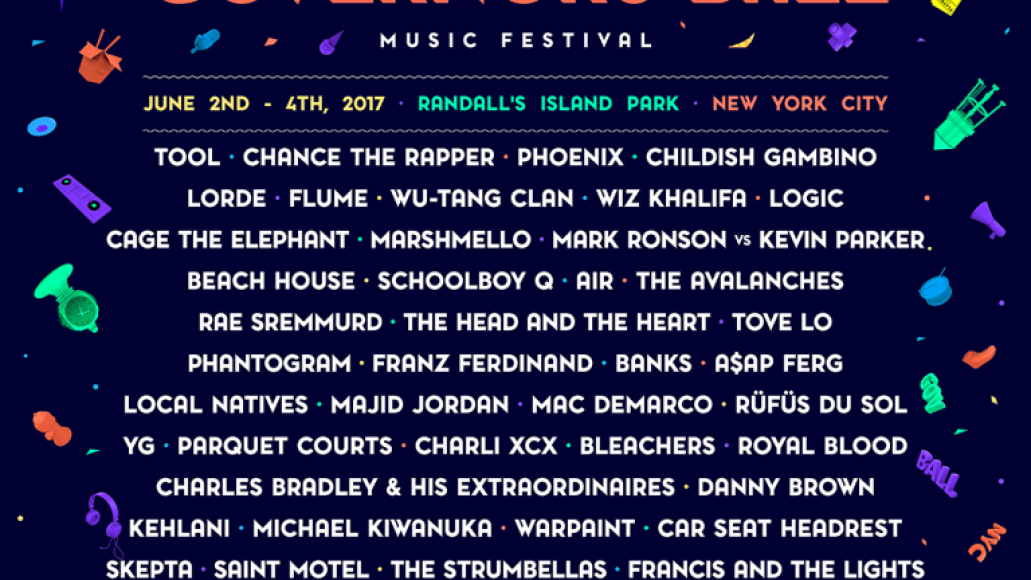 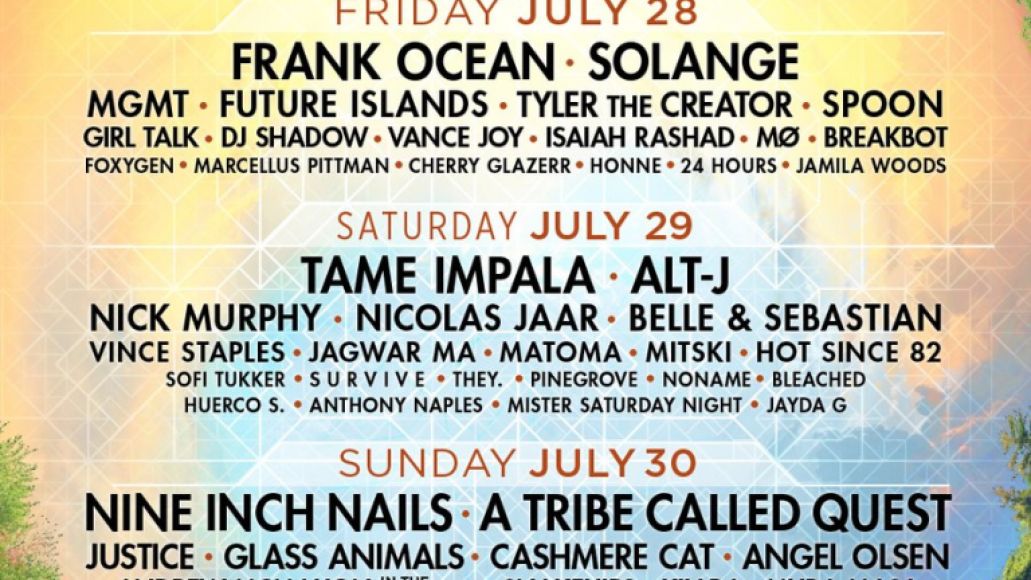 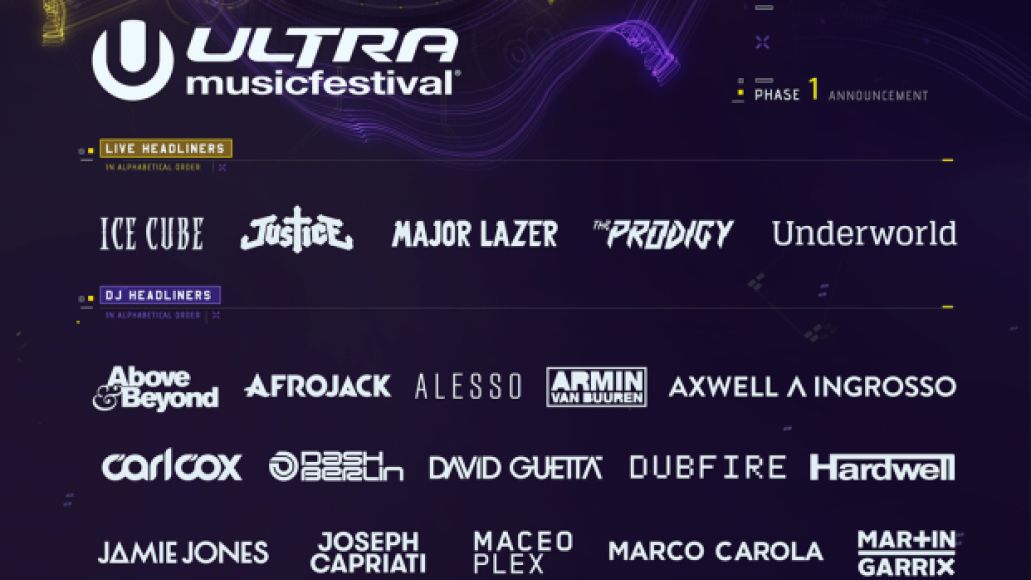 MVP Headliner: Ultra is known as one of the biggest electronic music festivals in the world for a good reason: It gets the best acts. Booking Justice for 2017 is easily one of the biggest grabs in dance music right now, coming quickly after the release of their new album. And with Daft Punk’s Alive 2017 tour still just a rumor, Justice is the next best thing.

Best Gets: It’s also great to see The Prodigy back on the lineup this year after having to cancel their performance last year. Adding Sasha and John Digweed is a powerful acknowledgement of techno and its resilience at a typically “EDM” festival, but Resistance has always been one of their strongest stages. Rounding out the headliners with Ice Cube and Underworld also shows a diverse appreciation of music, even at a festival like Ultra.

Added Value: And as always, there are plenty of sponsored stages for you to happen upon. Between the live stage and A State of Trance, not to mention UMF Radio, Ultra Worldwide, Resistance, and more, you’ll be seeing a lot of acts you either never thought you’d see or have never even heard of before.

Can’t-Miss Rookies: Ultra hasn’t released a second phase of the lineup just yet, so it’s hard to say who’s going to be on the undercard worth seeing. That being said, Ultra is notorious for blowing up producers, e.g. Kandy, who rocked the 7UP stage last year to become the most trafficked set at the stage all weekend.

Final Thoughts: As one of the most highly regarded electronic music festivals in the world, there’s almost as much negative attention put on the festival as there is positive. However, anyone who’s been to Ultra can attest to the crazy parties and wild crowds, and most of all, the insane production of the festival each and every year. And considering 2016 was such a massive year for Ultra, we can only expect them to go even bigger in 2017. 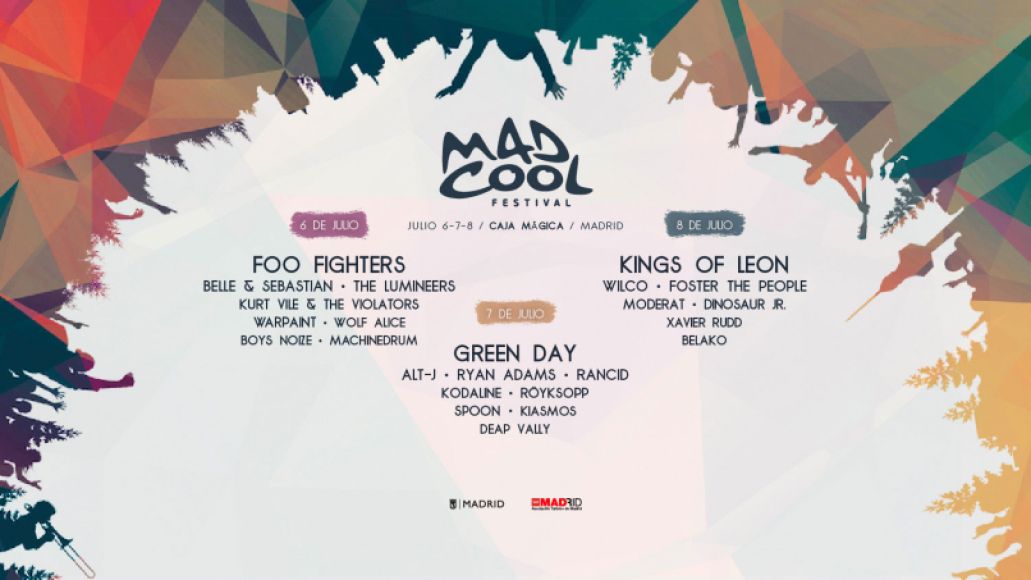 MVP Headliner: Three rock titans take over each day at Mad Cool, but there’s absolutely no missing the Foo Fighters. Even when he’s broken, frontman Dave Grohl is a total beast on stage, and this time he’ll be sans crutches, which means he’ll be back to his old self, hopping around like Bugs Bunny on meth. Here’s hoping their new album is more Saint Cecilia EP and less Sonic Highways.

Best Gets: Considering North American festivals have all but given up on rock, it’s nice to see veterans like Dinosaur Jr. and Rancid on lineups again. Unlike their peers, J Mascis and co. translate very well to the festival setting, namely because the band’s amps are traditionally set to “Bludgeon.” And with Green Day nearby, perhaps there will be two Armstrongs around during Rancid’s set.

Added Value: Because it’s such an assuredly lean lineup, there really isn’t too much fat to skim off, which means every act has to count, and they kind of do. Diamonds like Ryan Adams, Wilco, and Spoon are all supporting new material and will undoubtedly put on some can’t-miss sets that will likely rival the three headliners. And hey, you can always dance off the riffs with Röyksopp.

Can’t-Miss Rookies: CoSign rockers Wolf Alice were already worth seeing two years ago, but now that their hit, “Silk”, has been soundtracking the T2: Trainspotting trailers, there’s an added oomph to their sets. Don’t miss Deap Vally do their thing, either.

Final Thoughts: One common misconception among festivalgoers is that lineups need to be bigger and broader. Not always; after all, you can only be at so many places at once and conflicts suck. What many forget is that experience is key, which is why there’s something so alluring about Mad Cool Festival’s bite-size lineup. This is a very focused and well-curated weekend, one that speaks to a certain kind of listener and one that should warrant a friendly, like-minded crowd. That’s pretty great.