Television is still waking up to 2017, but it gathered steam in February. Of course, it helped that each week was propped up by Big Live Events, whether it was the Super Bowl, the Grammys, or the Oscars, but plenty of old faces returned alongside newer mugs. The Walking Dead brought back more zombies on AMC, Lena Dunham reunited with her Girls on HBO, and Always Sunny‘s Mac McDonald finally came out of the closet on FX.

Meanwhile, ABC made Bachelor history by naming its first non-white Bachelorette, Michael Bolton won Valentine’s Day over at Netflix, and Bill Maher argued for freedom of speech on HBO’s Real Time by giving pederast-championing Milo Yiannopoulos a proper stage to act like his natural, bigoted self. There was also a glut of series premieres, from HBO’s Big Little Lies and Crashing to Netflix’s Santa Clarita Diet to FX’s Legion.

And while nothing will ever top seeing Warren Beatty and Faye Dunaway absolutely fumble the Oscars for the history books, these five episodes are surefire wins for what will soon be a very cluttered DVR.

“Can Josh Take a Leap of Faith?” 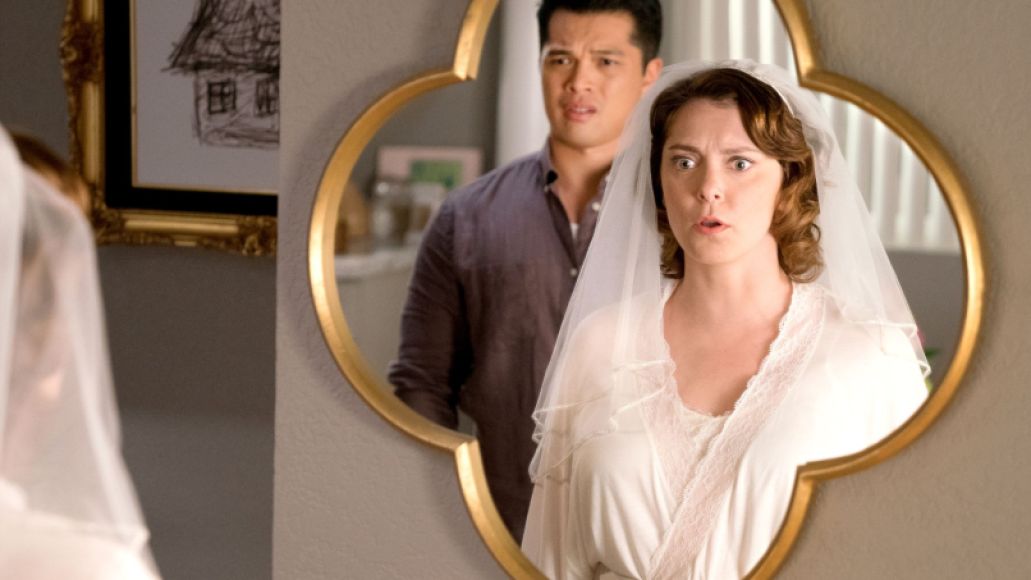 There’s much to love about Crazy Ex-Girlfriend, one of television’s most subversive and daring comedies, but perhaps the sneakiest thing it’s got going for it is that title. In its balls-out mic drop of a season finale, writer-director Aline Brosh McKenna cashed in all the chips the show has earned over two seasons and leaned into the stereotype it’s been deconstructing since its premiere. Nielsen tells us that many of you have yet to jump on this train, so you’ll find no spoilers herein — but holy shit, what are you waiting for? Suffice it to say that both Rebecca Bunch and the series are headed in a new, wild direction.

McKenna finds room for everything from a nu metal-inspired screamer about wedding preparation to a Game of Thrones-esque drone shot, with a smattering of The Craft for color and a killer, emotionally rich medley thrown in for good measure. It’s all grounded in a performance from Rachel Bloom that’s rich in both humor and heartbreak, and if there’s any justice in this world, it’ll earn her an Emmy nomination this fall. “Can Josh Take a Leap of Faith?” is one of the year’s most thrilling hours, and it’s not hyperbole to say we likely won’t see its equal until The Americans returns (though since it’s back March 7th, we won’t have long to wait). Not bad for a CW comedy about a girl, a guy, and a truckload of underlying issues to address. Both seasons are now on Netflix. Get on it. –Allison Shoemaker 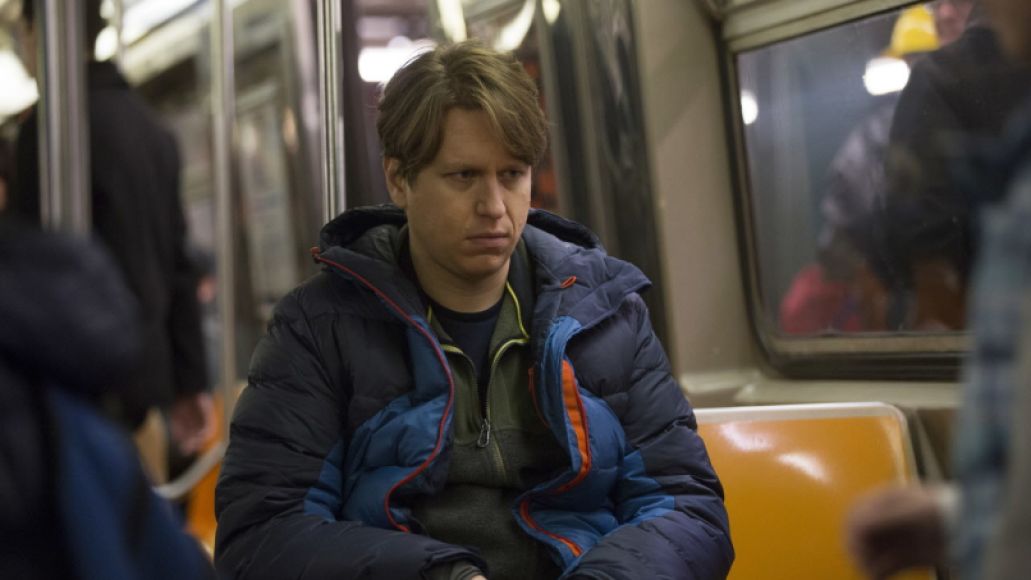 It’s been a long and winding road for Pete Holmes. After climbing the ranks of the comedy scene for years, making a name for himself with his stellar You Made It Weird podcast, he finally landed his own talk show with TBS in 2013 aptly dubbed The Pete Holmes Show. Despite being produced by Conan O’Brien, the shoe strangely never fit for Holmes, who struggled to sell his charming personality on a nightly program, and it was canceled after two seasons. Fortunately for him, though, HBO and some indie filmmaker named Judd Apatow teamed up with the underrated comic and the three pieced together Crashing, another hilarious and addicting series for the network that follows the footsteps of Seinfeld, Louie, and Maron.

Set around the vibrant New York comedy scene, Holmes plays an embellished version of himself, only he’s starting from the (very) bottom and working toward, well, a more agreeable bottom. In the series premiere, which was written by Holmes and directed by Apatow, he stumbles upon his wife sleeping with another man, totally bombs a coveted slot, wrecks his car, gets mugged, and winds up getting shanked. But, he makes a friend in Artie Lange, and it’s their bond that tips off the series. Yet what makes Crashing so intriguing is how Holmes zigs and zags as a storyteller, swerving uncontrollably at a manic pace that’s never overwhelming but very agreeable. In a little under 40 minutes, Apatow and Holmes set the stage with a palpable blend of humility and pathos, and like any night at a comedy club, we can’t wait to see what’s next. –Michael Roffman
__________________________________________________________ 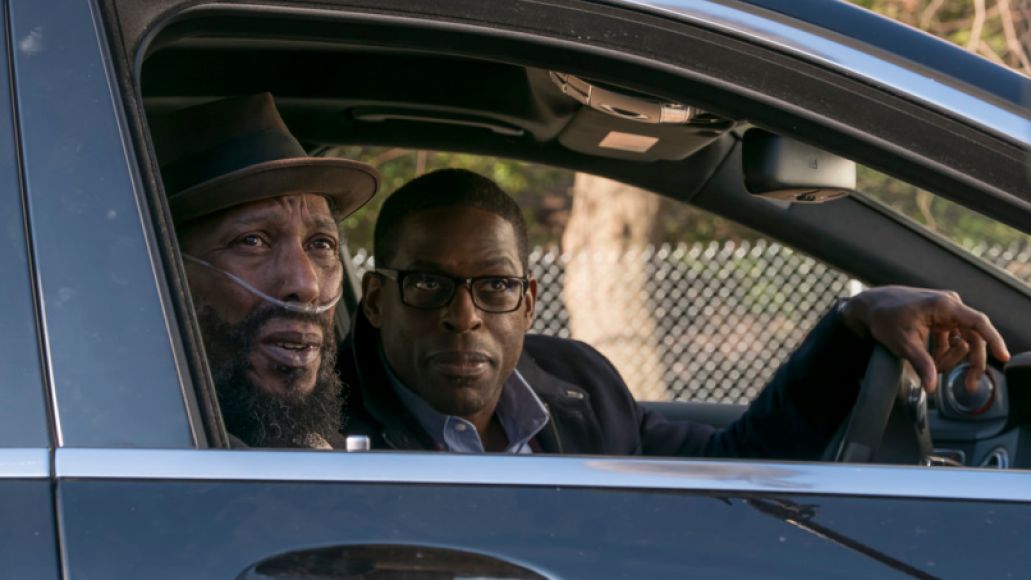 A life deserves more than 44 minutes. And, to be fair, we’ve had almost the whole first season of NBC’s This Is Us to honor William Hill, the biological father of Randall Pearson. Played with quiet wisdom by Ron Cephas Jones, we’ve learned that William is dying of cancer, bisexual, and had contact with Randall’s adoptive mother unbeknownst to Randall. Much like Randall and his family, the audience has embraced the dying man in spite of the knowledge that our time with him would not be long.

But on “Memphis”, William’s life is condensed into a single episode, where the ripples of his existence are portrayed with the weight that a life (even a fictional one) deserves. We see William’s birth, his father’s deployment to war and death, his bond and ultimate separation from his mother, his gift for writing poetry and songs, his decision to put his own ambitions on hold to care for his dying mom, his falling in love and falling from grace, and ultimately the decisions that led him to give up his only son in a manner that is despicable no matter the circumstances. When we’re not flashing back, William and Randall take a road trip to Memphis to show Randall how far his roots spread, or at least that’s how it seems. By the episode’s end, we discover that William is about to die and the trip was one final bonding activity to make amends and go out on his own terms.

It all leads to a powerful deathbed scene, where William tells Randall, “I haven’t had a happy life. Bad breaks. Bad choices … Some would call it sad, but I don’t. Because the two best things in my life are the person in the very beginning and the person at the very end.” Seeing how much both his mother and son mean to William during this episode allow this line to sting all the more. And for a single episode trying to capture the significance of living, This Is Us offered up a triumph. –Philip Cosores

Samantha Bee wasn’t pulling her punches before November 8th, but since then, good gravy. Like fellow Daily Show alumnus John Oliver, Bee seems to feel it’s her responsibility to use every second of her platform to say things that matter, and while her merciless takedowns of Trump, Kellyanne Conway, Paul Ryan, and company pack plenty of firepower, her most recent episode took a more direct approach: “In the past few weeks, while we were all staring directly into the eclipse of national security and democratic norms, we’ve been blind to something else — namely, our Republican Congress going hog-wild like Amish twins on Rumspringa.”

What made this episode sing isn’t the big picture. It’s the specifics that really hit home. Bee dissected the unrelenting fuckedupedness of Congressional Review Act and ongoing efforts to “modernize” (read: royally fuck) the Endangered Species Act. More specifically, she took a scalpel to an unholy marriage of the two that was scheduled for a vote the day after the episode aired. H.R. 69, which passed the House with room to spare, would repeal an Obama regulation and thus allow such normal human activities as hunting bears and wolves on wildlife refuges from helicopters and other aircraft, killing wolf pups in dens and hibernating bears, and other totally cool stuff. As Bee tore this thing a new asshole, a message flashed on the screen: “Swear to god, this is what Congress is voting on tomorrow: H.J. Res 69.” 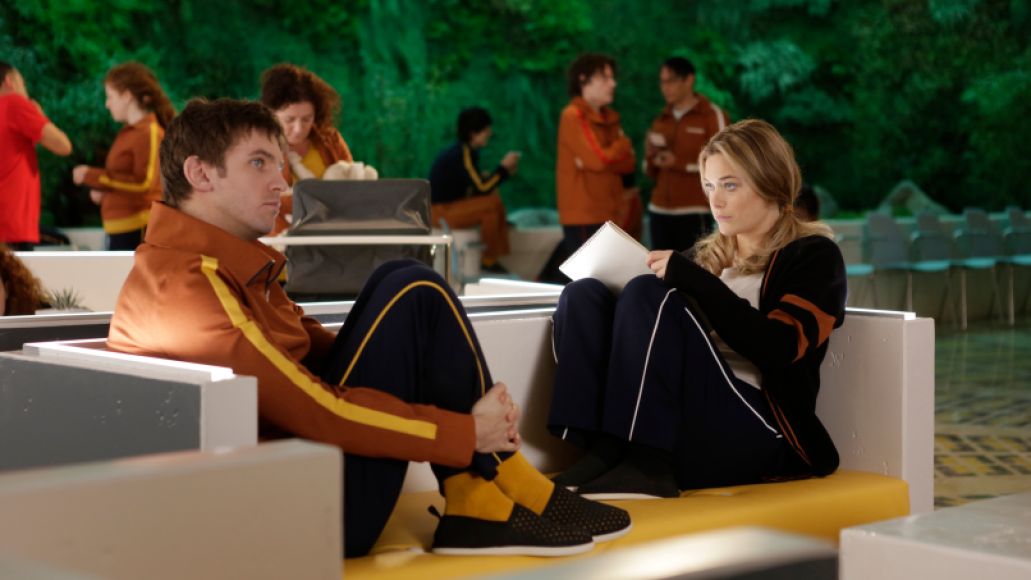 It’s a great time to love the X-Men universe. Between Fox’s Logan and FX’s Legion, there are no two better examples of the comic book adaptation right now. Both capitalize on elements that are seemingly lost on either Disney’s engulfing Marvel Cinematic Universe or Warner Bros.’s crumbling DC Cinematic Universe, and that’s an attention to auteur-driven storytelling that’s less interested in connecting the dots than it is at carving out an impactful story with articulated characters. Both director James Mangold and showrunner Noah Hawley take the reigns of their respective source material, expanding upon a tired medium with colorful and breathtaking results, the stuff that makes you think, Oh, this shit ain’t dead yet, it’s just starting.

The core difference between the two is that Legion really is just beginning, and holy hell, we can’t wait to see where this sucker goes beyond the three episodes we were issued. The pilot, aptly titled “Chapter 1”, is a grand, sweeping statement from Hawley, brimming with complex set designs that retool the way anyone might define post-modernism and working off a twisted narrative that would give Tarantino a hard-on. This isn’t about epic chases, nuclear-sized battles, and tongue-in-cheek nods to dusty, gnarled back issues. It’s about finally capturing what makes comic books so intriguing: the mystery and relationships of each and every character and the themes, issues, and fears that drive them. It’s wiry, it’s weird, and it’s alive. –Michael Rofffman