Glenn Danzig has announced the Blackest of the Black Festival, a two-day celebration of all things metal taking place May 26th and 27th at Oak Canyon Park in Silverado, California. It won’t be for the faint of heart.

In addition to headlining the fest with his eponymous band, Danzig has curated two stages of music. Suicidal Tendencies, Corrosion of Conformity, Ministry, Suicide Silence, Discharge, Atreyu, Marduk and a number of others will also perform.

More than just a showcase of the most hardcore art out there, the camping festival will be a true cultural experience. One particular highlight (?) is Castle Danzig, an immersive, walk-through experience of “pain, pleasure and metal, based on the music and graphic novels” of the artist himself. According to the festival’s official website, fans will get to fully experience various acts of torture, including being placed in stocks, “light electrocution,” and even a suspension stage in which risk-takers are suspended 20-feet in the air, hanging only by a hook. If you’ve ever wanted to feel what it’s like to be locked in a padded cell while sporting a straightjacket, Blackest of the Black will also afford you such an opportunity.

Tickets and additional information are available at the Blackest of the Black’s website. 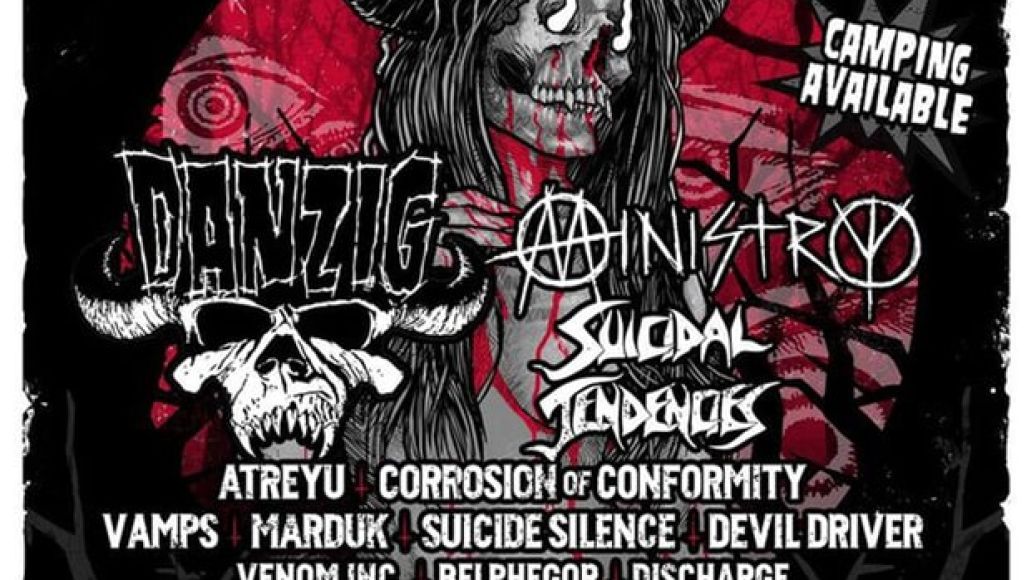 Danzig, who participated in a Misfits reunion last summer for Riot Fest, also plans to release a new album in May called Black Laden Crown. It will be the first Danzig album of all-new material since 2010’s Deth Red Sabaoth.

Additionally, this summer marks the 25th anniversary of the classic Danzig III: How The Gods Kill. The details aren’t yet finalized, but Danzig will perform a limited number of shows to commemorate the occasion.

Danzig announces Blackest of the Black Festival, complete with an immersive torture experience