Additionally, Gorillaz have revealed an animated video for “Saturnz Barz”, which also features snippets of “Andromeda”, “We’ve Got the Power”, and Ascension”. Watch both a 360-version and normal version of the video below. Full streams of the other three songs follow.

While on the air, Albarn spoke at length about Humanz. “Simply put, we’re in transition, we’re turning into something else,” Albarn said of the album’s narrative. “The album kind of came from this dark fantasy. Just imagine, the weirdest, most unpredictable thing that changes everything in the world. How would you feel on that night? Would you go and get drunk? Would you stay at home? Just watch TV? Would you talk to people?”

The album was written several months before America’s presidential election, but following Donald Trump’s surprise victory, Humanz took on an entirely different meaning. “I suppose we were imagining the idea of Donald Trump. It’s not about Donald Trump at all. But it was imagining that in a way. That was our dark fantasy, and unfortunately that became our reality.”

Albarn added that Humanz is a “party, club record,” but it has a “weird darkness about it.”

The standard edition of Humanz spans 14 tracks, with the deluxe edition tacking on five bonus cuts. Other guest contributors include Mavis Staples, Carly Simon, Grace Jones, De La Soul, Pusha T, Danny Brown, and Kelela. Check out the album artwork and full tracklist below. The album is slated for release on April 28th.

Tomorrow, Gorillaz will play a secret concert in London with plans to perform the album in full. Ticket info can be found here. 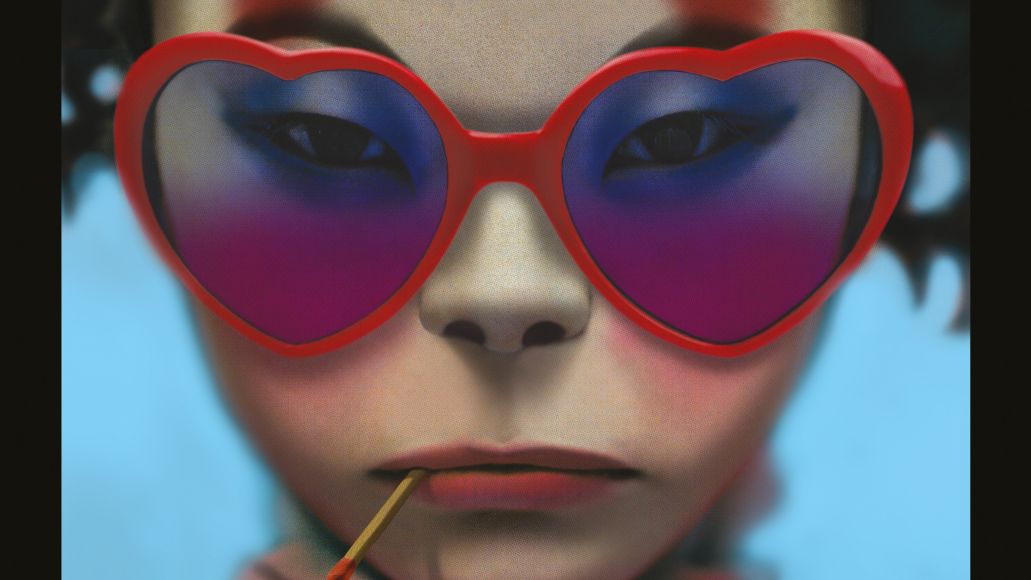