KAABOO Del Mar is an annual music festival taking place in September in Southern California. Today, organizers revealed this year’s lineup, and it’s just about the most random collection of musicians ever to be assembled.

The festival goes down September 15th – 17th at the Del Mar Racetrack and Fairgrounds in Del Mar, California. Tickets are now on sale, and you’d really be crazy not to go.

Here’s the lineup in all its glory: 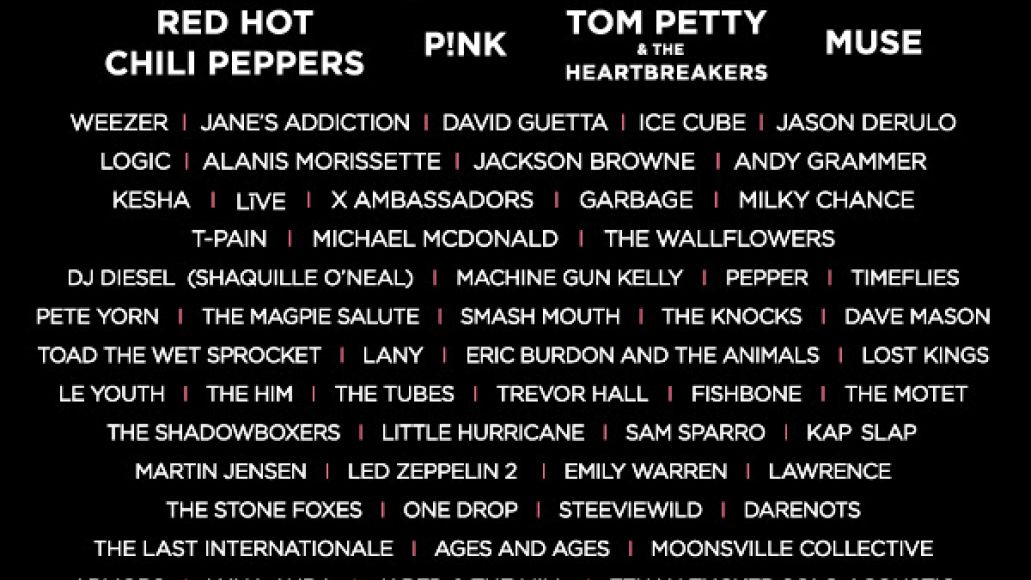