As first reported by Consequence of Sound, Arcade Fire, Chance the Rapper, and Muse are among this year’s headliners. They’ll appear alongside other noteworthy acts including Lorde, Blink-182, The xx, Justice, Run the Jewels, Ryan Adams, Alt-J, Tegan and Sara, The Shins, and Mac DeMarco.

Four-day GA passes went on sale and instantly sold out ahead of Tuesday’s announcement. Single-day tickets will be available beginning Wednesday.

Editor’s Note: Consequence of Sound previously reported that The Weeknd would also be playing Lollapalooza. We regret and apologize for the error. 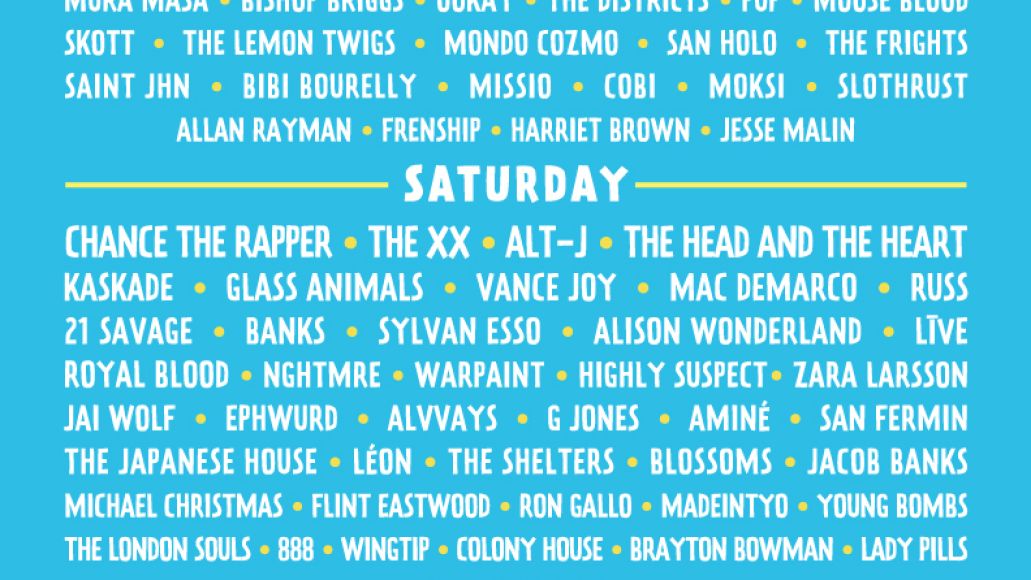