Some might argue Donald Trump is the greatest threat to humanity’s existence, though don’t tell that to Marvel Entertainment CEO Isaac Perlmutter. The head of Hollywood’s biggest superhero franchise is at Mar-A-Lago this evening, chomping down on well-done steaks with the 45th president of the United States.

Perlmutter donated $1 million to Trump during his presidential run last year, and was subsequently named to his Inauguration committee. He’s also reportedly serving as an advisor on veteran affairs.

After 4½ hrs at his golf club, Pres Trump returned to Mar-a-Lago. Will be having dinner tonight with @Marvel CEO Isaac Perlmutter.

Despite their CEO’s association with Trump, it hasn’t stopped Marvel animators from poking fun at the president. Over the summer, Marvel released Spider-Gwen Annual, an alternate-reality series that features a black female Captain America as a hero. The villain is the series is known as M.O.D.A.A.K. (short for the Mental Organism Designed as America’s King), and he looks a lot like a certain orange anus. 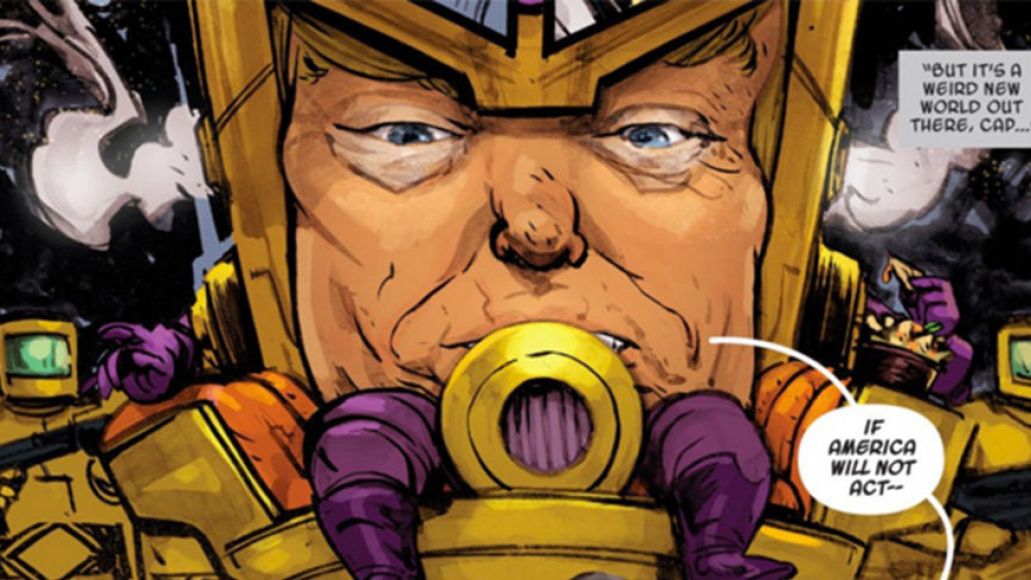