Today, Mastodon celebrate the release of their new album, Emperor of Sand. Apple Music and Spotify subscribers can stream it down below.

Spanning 11 tracks, Emperor of Sand serves as the metal outfit’s seventh overall following 2014’s Once More ‘Round the Sun. It was recorded in Kennesaw, Georgia, and produced by Brendan O’Brien, who’s worked with the likes of Pearl Jam and Bruce Springsteen.

In an interview with Rolling Stone, drummer-singer-lyricist Brann Dailor explained that the album grapples with themes of mortality, as the main protagonist within the lyrics “is handed a death sentence from a desert ruler, and then wanders an arid wasteland – a metaphor for illness and doom.”

“Time is a very big theme of the album,” he elaborated. “How much time do we have left? What are we doing with our time?” He added, “It’s about going through cancer, going through chemotherapy and all the things associated with that. I didn’t want to be literal about it. But it’s all in there. You can read between the lines.”

Mastodon will support the LP with a North American tour that kicks off next month and features openers in Eagles of Death Metal and Russian Circles. 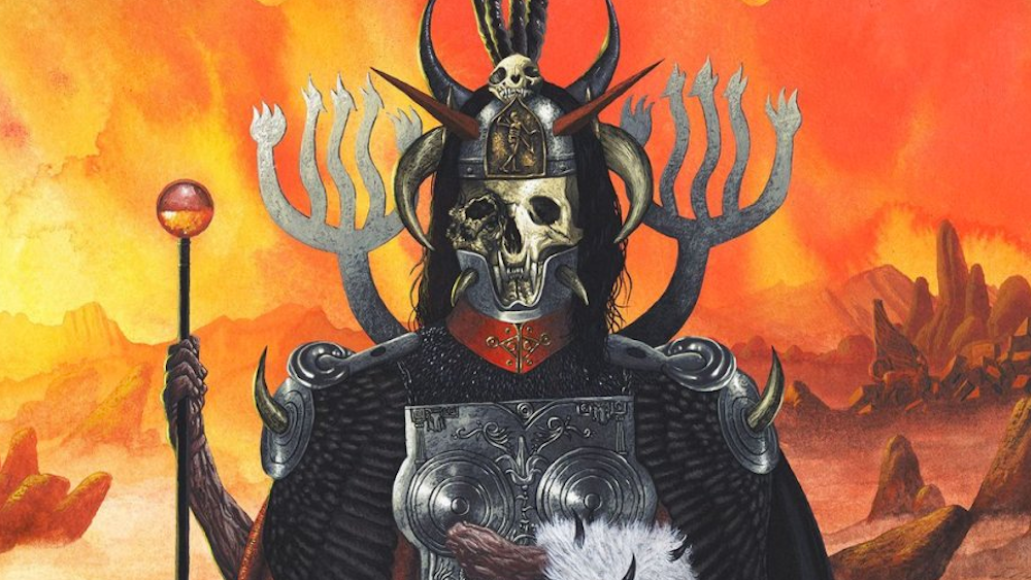