The following review is part of our coverage of the 2017 South by Southwest Film Festival.

There was a time when the release of a new Terrence Malick film was the event of the season.  Audiences and critics had waited ages, sometimes as long as twenty years, for another cinematic masterpiece from the reclusive filmmaker. Each film promised a cinematic exploration of the spirit, cosmos, and God. And Malick always delivered.

However, as time went on, pretention and self-importance began to replace narrative weight and the philosophical catharsis that had defined Malick’s career. Critics of Malick have often cited his affected filmmaking as a cause for their dislike of the filmmaker. His wandering camera and heady voiceovers pushed many away from his films. With The Tree of Life, and subsequently To the Wonder, Knight of Cups, and Voyage of Time, the director seemed hell-bent on proving his critics right.

Now, here we are with Song to Song, Malick’s overbearing take on the music business and the festival scene. The film follows Faye (Rooney Mara), the most unlikable protagonist in Malick’s filmography, as she navigates love and career in Austin, Texas. Through her peripatetic wanderings, with cinematographer Emmanuel Lubezki following close behind with shoulder mount and fish-eye lenses, she meets BV (Ryan Gosling), an intense and charming musician, and Cook (Michael Fassbender), a sex-addicted producer with intimacy issues. (Sound familiar? It should, as Gosling and Fassbender simply reprise parts of their respective roles form La La Land and Shame.)

Together, they join Mara for a redundant love triangle. They dance like birds, engage in nonsexual wrestling matches, and draw on each other with lipstick. These strange displays of affection have always been present in Malick’s films, but here they come across as beautiful people mugging for the camera. These scenes play out with no real pacing and slow any narrative momentum the director might have built.

Malick has never been a traditionally narrative filmmaker, but even as a tone poem, the film never comes together or reaches the profound cosmic catharsis it promises. Even at its most confusing, The New World is a visual poem about man’s relationship with nature, about the spirit’s journey toward beatific understanding. There is a forward momentum and a natural progression to the images that adds up to a measured, transcendent experience. Throughout Song to Song, this momentum is absent. There is no emotional or philosophical through-line to carry the audience. A poem may not need a narrative, but it does need a structure.

Song to Song is just a parade of music and film celebrities. Natalie Portman and Cate Blanchett pop in as love interests for our male leads and Christian Bale…um, never mind. Musicians, often playing themselves, appear sporadically to lend nuggets of wisdom. Patti Smith talks about love and marriage, while a shirtless Iggy Pop drinks red wine and pontificates. Even Flea shows up to mosh with our characters. These scenes seem less motivated by theme or narrative than by the desire to show off the array of famous people eager to star in a Terrence Malick film.

Put simply, Song to Song lacks the soul of Malick’s best work. Badlands, Days of Heaven, The Thin Red Line, and The New World; all are singular filmic experiences.  Set around true historical events, the films ruminate on the soul during times of great turmoil. The murder spree of Charles Starkweather, the Great Depression, the Battle of Guadalcanal, and the colonization of the Americas are evocative backdrops for journeys toward enlightenment. These time periods and events also serve to ground Malick’s films.

Without them, this is just a story of the bourgeois experiencing existential crises. The working class and downtrodden protagonists in the director’s early films exhibit a certain nobility as they strive to find beauty in their meager existences. For instance, there is a tragic naiveté to Sissy Spacek’s voiceovers in Badlands. Her lack of education and low social standing make her thoughts on the world all the more acute. In Song to Song, the characters’ striving comes across as privileged whining.

Song to Song’s cinematography is similarly uninspired. when compared with the stunning visuals of Tree of LIfe or The New World.  This is strange considering Malick’s choice of cinematographer has not changed, as Lubezki has been with Malick since The New World, with its strikingly still, richly green tableaux of early America. With Song to Song, the filmmaker leaves behind any sense of quiet spirituality in exchange for a frenetic, constantly distorted view of modern romance.

The film is, for all its lofty aspirations, an empty experience.  To the Wonder, Knight of Cups, and now Song of Song all deal with wealthy Americans searching for love. This could be said of many of Malick’s protagonists, but something is truly missing here. In Days of Heaven or The Thin Red Line, love is not romance. It is an elemental force that comes from above, from some great divine source, and infuses our lives with meaning and purpose. In Song to Song, the characters aren’t seeking divinity, but simply a new girlfriend or boyfriend.

Terrence Malick’s camera was once drawn to the sky, as the light from above plays on the leaves. He has sought the cosmic and the holy. With Song to Song, he’s simply seeking a backstage pass to hang with the cool kids. 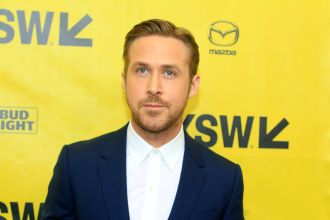 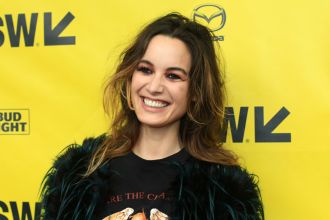 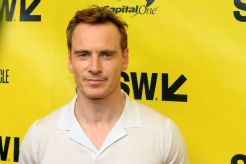 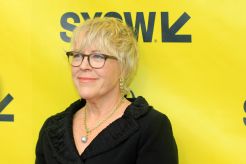 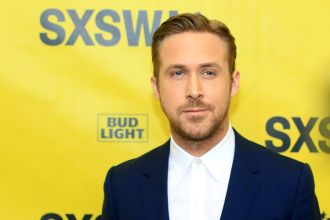 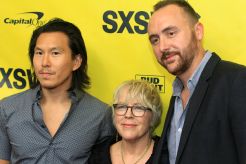 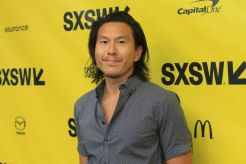