English ska legends The Specials will soon make their way across the Atlantic for a North American spring tour. Set to commence in early June, the jaunt will see the UK outfit play to crowds in such cities as Toronto, Brooklyn, Portland, Los Angeles, and Baltimore.

The tour will feature a new iteration of The Specials, following the deaths of both drummer John Bradbury and trombonist Rico Rodriguez in 2015. As Exclaim point out, the updated lineup includes original members in Terry Hall, Horace Panter, and Lynval Golding, rounded out by Ocean Colour Scene’s Steve Craddock on guitar and Gary Powell of The Libertines on drums.

If the group’s upcoming dates are anything like its impressive appearance at Riot Fest Chicago last September, fans old and new should be in for a treat. See the full itinerary below. 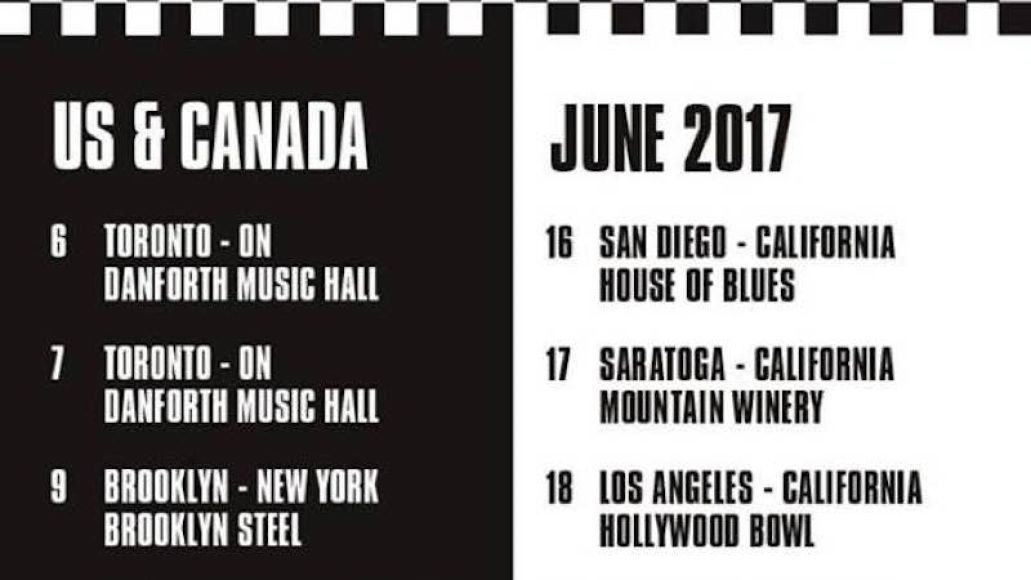