Boston Calling is becoming the king of bad news-great news situations. A few weeks ago, Modern Baseball pulled out of the festival and were replaced by local metalcore favorites Converge. Today, organizers announced that Natalie Portman’s planned film festival is going to be rescheduled “for a future edition of the festival.” In its place, they’ve added a 13-act comedy festival experience hosted by Hannibal Buress. It’s like Boston Calling just can’t lose for winning.

Joining the already stacked lineup for the May 26th-28th event will be comedians Buress, Pete Holmes, Tig Notaro, Eugene Mirman, Lamont Price, Phoebe Robinson, Kate Berlant and John Early, Kelly MacFarland, Jordan Rock, Bethany Van Delft, Josh Johnson, and Nick Chambers. There will be four sets a day held within the Bright-Landry Hockey Center at the Harvard Athletic Complex, right off to the side of the fields where the music stages will be.

“I’m excited to take a break from my construction business to bring my unbridled energy to the Boston Calling festival,” Buress said in a statement. “When Boston calls, I send it to voicemail three times and then text it at 3am. You up?”

The comedy additions enhance a bill that already included Tool, Chance the Rapper, Mumford and Sons, Bon Iver, Sigur Rós, The xx, Run the Jewels, Solange, Weezer, Cage the Elephant, Tegan & Sara, Wolf Parade, Mac DeMarco, and many more. This is probably a good time to mention that Consequence of Sound is giving away a pair of tickets to Boston Calling 2017, so you might want to check that out. Find the daily lineup bellow. 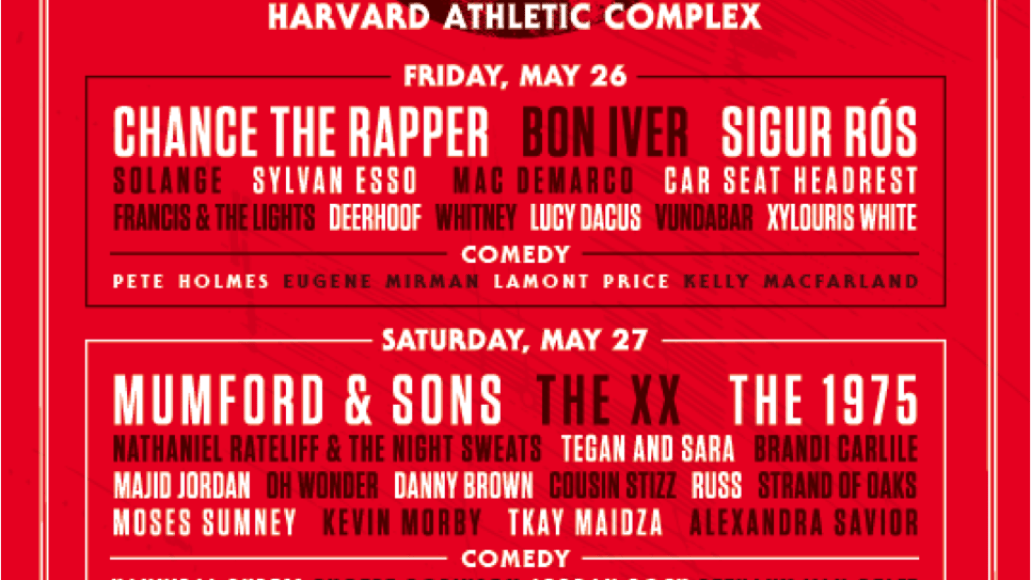