Well, they did it: Radiohead performed “Creep” at Coachella. It wasn’t the first time it’s been heard on this field – the band introduced it deep in their 2004 Coachella debut and Prince incorporated it in his storied 2008 set in terrific extended-shred style. But tonight’s rendition – the main set closer of a 22-song set, which marked the band’s fourth Indio appearance following stellar dual weekends in 2012 – was epic. When Jonny Greenwood hit the palm mute before the distortion kicked in on the first chorus, it was louder than the sound of a shotgun cocking.

Good damn thing it sounded so tremendous – unleashing the rare live gem was the necessary cherry on top of a spectacular rally after undergoing unprecedented sound problems, the worst in Coachella headliner history.

The set began as magically as one might imagine, with bright white pistons of light swirling around the group during airy A Moon Shaped Pool kickoffs “Daydreaming” and the acoustic-led “Desert Island Disk”. But the revelry was halted when, about halfway through third song “Ful Stop”, there was an abrupt buzz and pop – like the sound of a guitar cable coming loose but much louder – followed by a brief outage. That was forgivable. These things happen, and the band took it in stride (“Fucking aliens again,” joked Thom Yorke). But two songs later, well into In Rainbows staple “15 Step”, the sound dropped out once again … and didn’t come back. The band played through to the end, seemingly unaware, as their fans could hear nothing.

After a brief intermission to solve the issue, they roused heartfelt cheers by returning triumphantly with the otherworldly prog-jazz of “The National Anthem”, and for a moment, as they launched into “Let Down”, it seemed like everything was gonna be OK. But for the first time ever (I can’t believe I’m typing this) that classic OK Computer fave fully lived up to its name – the sound kicked the bucket mid-song, and one of the biggest collective groans I’ve ever heard at a festival rose up as the band again played through almost the entire track without realizing it was no longer blasting from the speakers.

“I’m having audio anxiety,” exclaimed one exasperated fan. “I have an actual fear of the music stopping again.”

For a moment, it appeared that what should’ve been one of the most landmark sets of the weekend might end up a complete disaster. True, anyone who was on the fence about seeing Radiohead probably bailed at this point – the audience visibly thinned out by the thousands during the downtime. But over the course of the next hour or so, with all sound issues resolved, Radiohead more than made up for the pauses with a superb set crowned by “Creep”, which was followed by a standout encore of “You and Whose Army?” – replete with a larger-than-life close-up of Yorke’s eye, simultaneously the most wonderfully intimate and terribly uncomfortable sight – alongside the rollicking “Bodysnatchers” and galvanic sing-along “Karma Police”.

Sound problems like these are cringe-worthy for any fest headliner, but in this case, it worked to the performers’ advantage. The snafu provided a rare glimpse of a more humanized Radiohead – they’re not as invincible as some people make them out to be, but they still proved some level of omnipotence by persevering with the asset that launched them to stardom in the first place: fucking great rock music.

Encore:
You and Whose Army?
No Surprises
Paranoid Android
Bodysnatchers
Karma Police 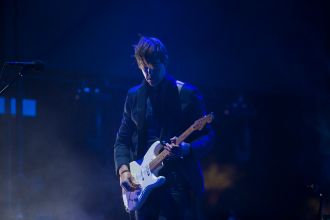 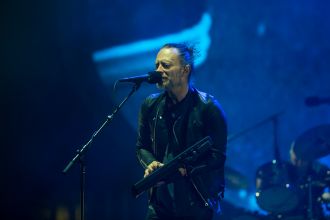 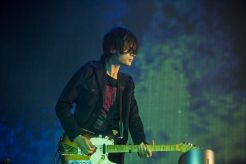 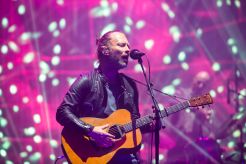 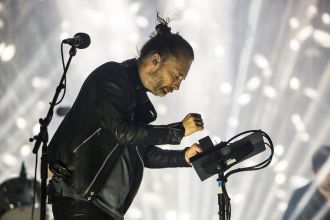 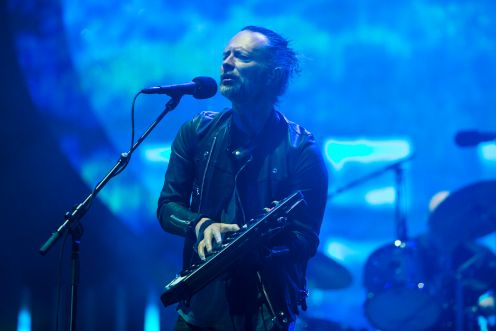