It’s been 20 years since Daria first graced TV screens with her sardonic, monotone genius. To mark the anniversary, we revisited the series’ 10 very best episodes. In looking back to the late ’90s, though, we wondered: Where are the show’s beloved characters now?

Well, thanks to Entertainment Weekly we have our answer. EW recently brought together co-creator Susie Lewis and character designer Karen Disher to imagine what life is like for Daria and her Lawndale friends two decades on, and let’s just say that the 2017 iteration of the cast does not disappoint. Many have moved on from their suburban beginnings to evolve into … well, adult versions of their teenage selves.

Our main gal, Daria Morgendorffer, has moved to New York City and works as the only female writer on a late-night talk show. She lives alone with a black cat named Godzilla. Though she’s gotten past her days of crushing on tortured musician Trent Lane, she’s still living the single life.

Daria’s best friend Jane Lane also calls the Big Apple home. She lives in a SoHo loft with her archaeologist husband and has successfully turned her dreams of being a professional artist into an actual career. Her brother Trent lives close by in Queens with his four band mates, and yes, he’s still trying to make the whole music thing work.

Check out a few choice character summaries below, followed by a full video on Daria in 2017. It’s worth noting that although the TV show has been off the air for 15 years, Lewis says she’d love to bring it back. Count us in. 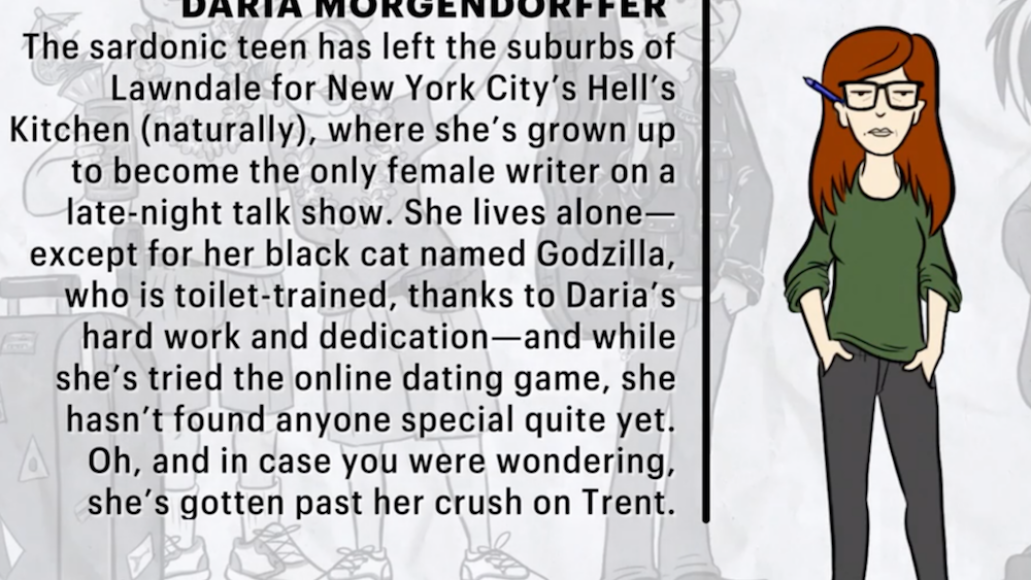 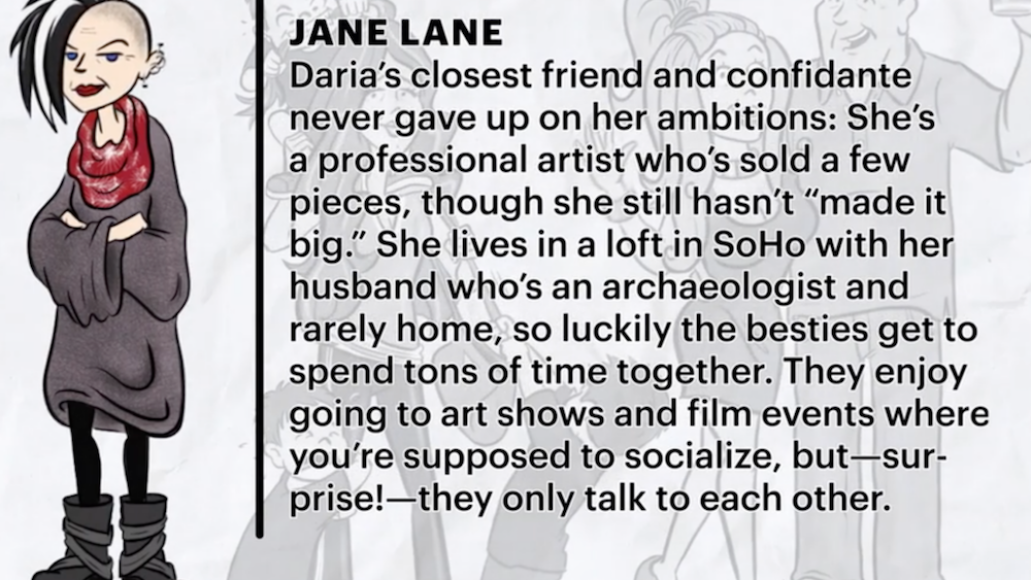 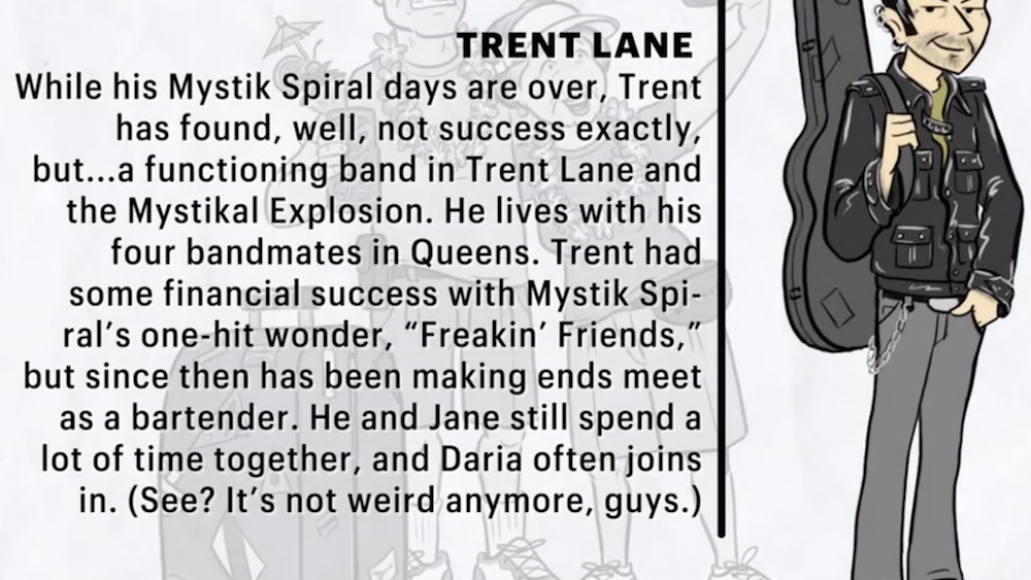 And for kicks, revisit this clip on Sick, Sad World, the great fictional TV show often watched by the Daria cast. I’m still hoping it one day gets picked up by a network.

Daria Creator Imagines What the Cast Looks Like 20 Years Later