DJ Khaled rounded up the likes of Drake, Kendrick Lamar, Future, and Nicki Minaj for his last full-length, 2016’s Major Key. For his next LP — ahem, *another one* — the super producer again looks to be recruiting some of music’s most famous faces. Case in point: his latest single, “I’m the One”, which features Chance the Rapper, Justin Bieber, Lil Wayne, and Quavo of Migos.

The all-star cut was reportedly executive produced by DJ Khaled’s son and the most baller baby in the world, Asahd Tuck Khaled; he also appears on the single’s amazing artwork. It’s the second cut off DJ Khaled’s upcoming album, Grateful, following “Shining”, a collaboration with Beyoncé and Jay Z released back in February.

Check it out above via its newly unveiled music video, which stars the entire all-star posse celebrating “life, success, and our blessings” at a palatial mansion. 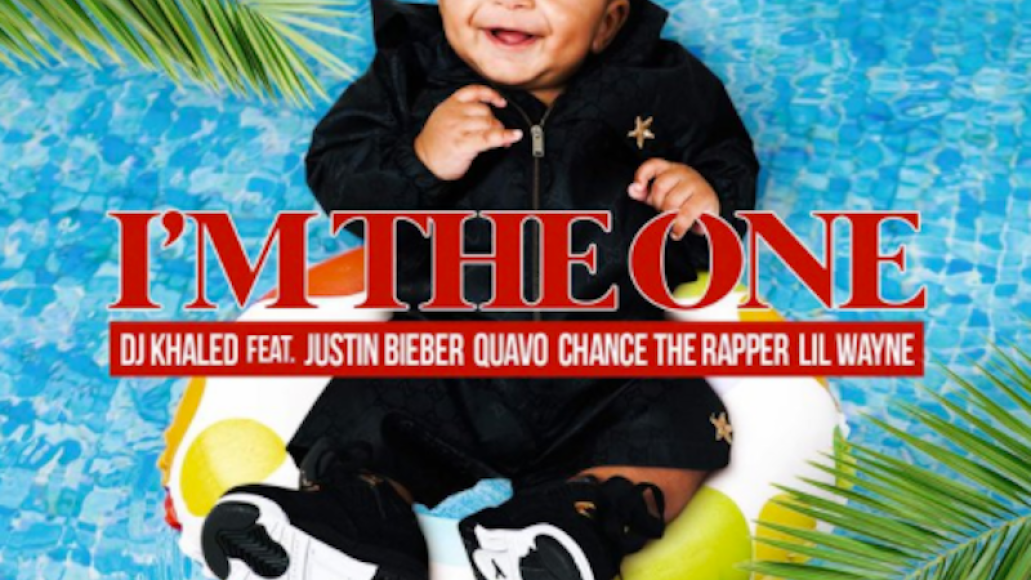 And for those who may doubt Asahd’s production skills, here’s a pic of him logging in some major time in the studio:

DJ Khaled, Chance the Rapper, Justin Bieber, Lil Wayne, and Quavo team up on new song "I'm the One" and video -- watch