Kool Keith, Dan the Automator, and DJ Qbert teamed up decades ago to form Dr. Octagon, a short-lived but sweet hip-hop outfit. Together under the alter ego, whose character was supposedly an extraterrestrial time traveling gynecologist, they released one album in 1996 called Dr. Octagonecologyst.

Now, for its 20th anniversary, the landmark piece is being reissued early next month. The re-release boasts three vinyl LPs, a 40-page liner note collection, and comes packaged in an octagon-shaped box. Perhaps most importantly, it features a bunch of rarities and remixes, including three previously unheard tracks leftover from the original recording sessions.

One of those three, a cut called “Redeye”, has made its way online in all its hypnotic glory. Asked why it didn’t make the final tracklist, the Automator told Rolling Stone: “Well, the reason it wasn’t on the album was because I think it brought down the futuristic level. But what was cool about it was the chaos. I equate that one with Airplane! the movie. I don’t know why.”

Stream it down below. Pre-orders for the reissue can be found here. 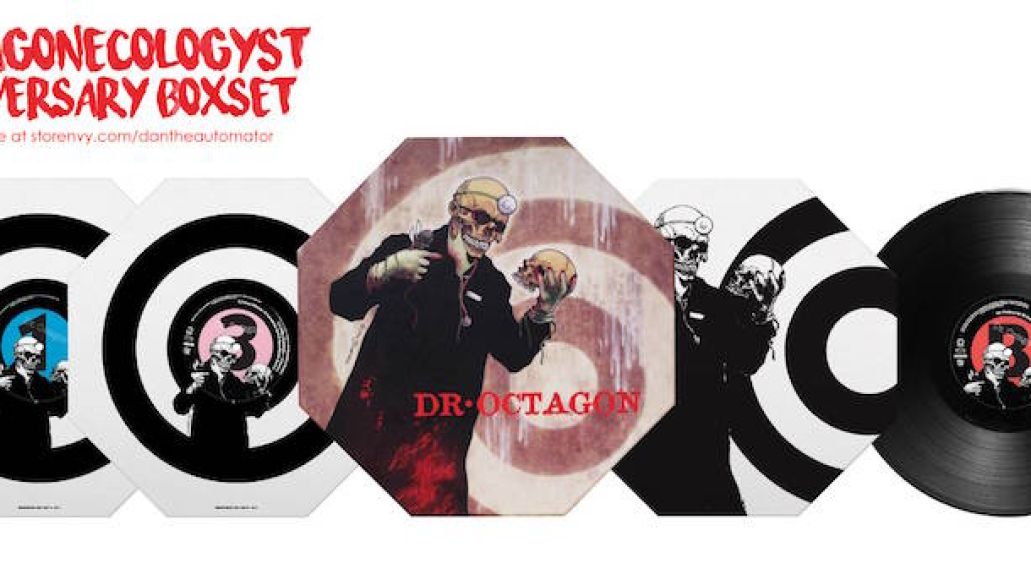 Dr. Octagon recently reunited to perform their first-ever concert in San Francisco. Check out footage from the event.