Drummer Brian Viglione has lived more lives in the last couple decades than most of us will in an entire… well, lifetime. From his work as part of The Dresden Dolls to his stint with Violent Femmes, his career has led him down paths far and wide, including a very important one that brought him and his musician wife, Olya, together like a stroke of perfect fate.

It’s rather fitting, then, that Brian and Olya have teamed up to record music that both honors and marries their respective pasts and shared present as a collaborative couple. Under the moniker Scarlet Sails, the duo — rounded out by Mark Kohut (guitar) and Edward Goldson (bass) — is prepping to soon release its debut album, aptly titled Future From the Past.

As Brian tells Consequence of Sound, the LP is “ultimately about embracing the present.” He explains further, adding: “It’s about overcoming fear and doubt by making manifest your dreams into the life you want to create now. They’re stories about having the guts to risk everything, as well as see the value of staying true to yourself. That kind of inner strength and resolve can be infectious to those around you and help forge that reality. We can reflect on and learn from the past, cast our dreams into the future, but all we’re really given is this moment to live, so accept that invitation.”

That strong urge to believe in and harness one’s inner capabilities shines through immediately on tracks like “Out of Time” and “As I Am”, the inspiring, theatrical opener which features the line, “You told me not to write a love song, but I still go on… won’t take the blame for what I am.” There are further examinations of selfhood and belonging on “Spell My Name”, a horn-assisted rock ‘n’ roll cut that sees “outsiders unite to identify with a circle.”

As to be expected from a musical pedigree like that of Viglione, Scarlet Sails’ arrangements defy easy pigeonholing. Some songs make use of curling, sharp guitars, while others are laced with weeping, quivering strings and full-bodied brass. Viglione details the techniques that inform the LP’s sonic quality:

“The concept behind the album was, ‘What if Queen and Alice Cooper remade OK Computer?’ Recording was an exciting exercise in both impulsivity and executing our vision, because we had a lot to capture in a short amount of time, and that kind of pressure helped keep the creativity sharp and focused on capturing performances. Incorporating the range of textures we had at our disposal like Fender Rhodes, Moog, Vocoder, plus our friends who contributed cellos, horns, and vocals helped us manifest the sounds we imagined to the fullest.”

Ahead of Future’s April 10th release date, CoS is premiering the album in full. Stream it down below.

Future From the Past Artwork: 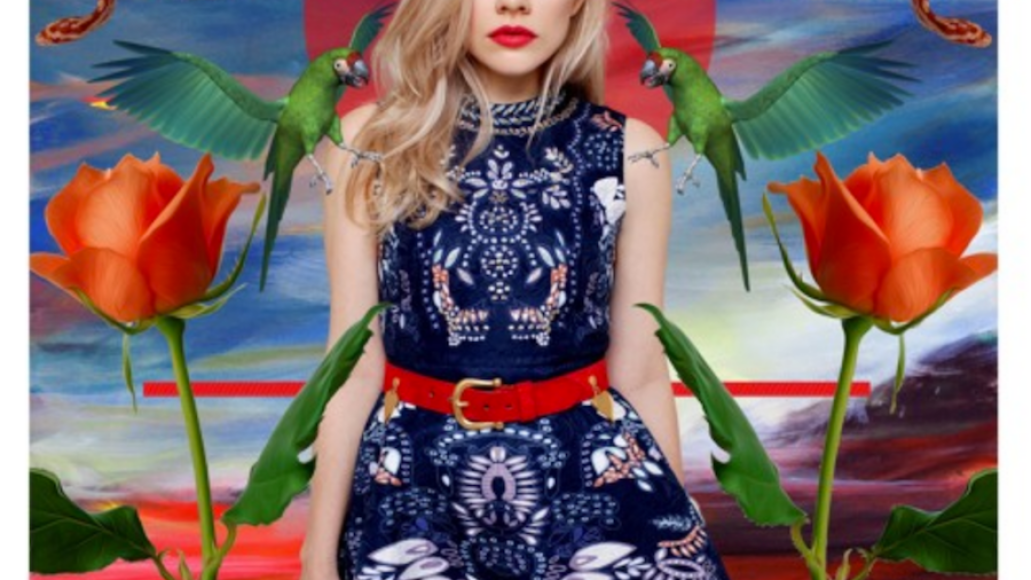