A number of creatives have joined together for a new singles initiative benefitting Planned Parenthood. Dubbed 7-inches for Planned Parenthood, the project brings together musicians, comedians, speakers, and visual artists for a series of singles set to be released digitally and then combined in an exclusive 7-inch vinyl box set.

A statement from the collective behind 7-inches for Planned Parenthood says the benefit comes in response to the threat of “lawmakers with extreme views [who] are working hard to shut down Planned Parenthood.” “This curated series of 7-inch vinyl records is being made by a group of people who believe that access to health care is a public good that should be fiercely protected,” the statement continues. “Do we know there’s a joke in the name? We do. We hope the title evokes the rich history of 7-inch vinyl records as a medium for protest music and resistance.”

100% of all proceeds will go to Planned Parenthood. The digital singles are said to be coming in batches over the coming weeks, with a pre-order for the vinyl box set launching soon. Until then, you can check out the below video of St. Vincent, John Legend, and Zach Galifianakis working on a cover of “Lovin’ You” to help get the word out about 7-inches for Planned Parenthood. Head to IStandWithPP.org or 7InchesforPlannedParenthood.com for more info.

Below, take a look at the vinyl box set, which includes a full list of the contributors on the cover. 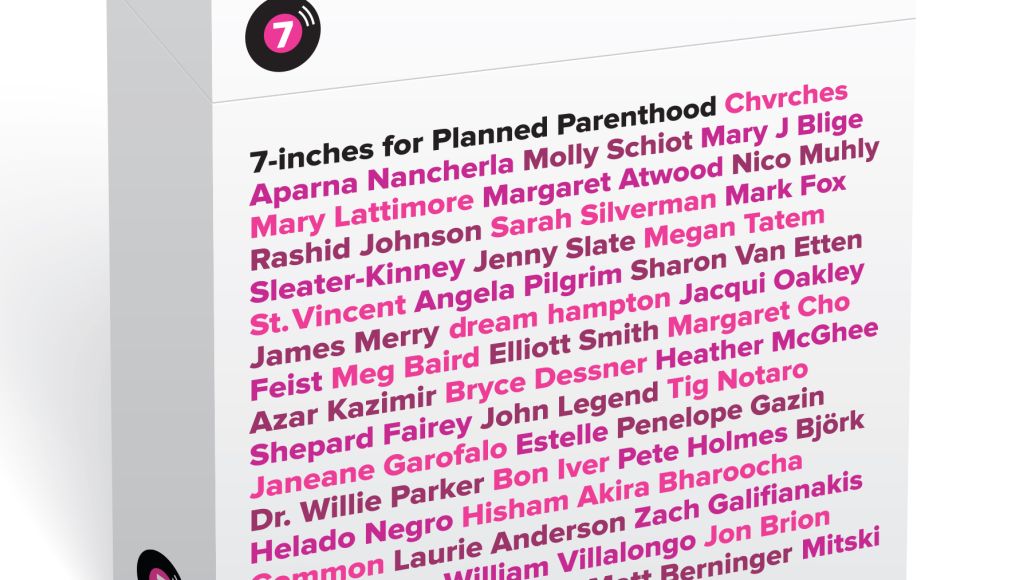