Nobody needed a television adaptation of Fargo. When word surfaced that FX would be adapting the Coen brothers’ 1996 black comedy for the small screen, the feeling was anything but excitement. The idea was confounding, to say the least, namely because every television critic from Timbuktu to Portland, Maine (or Portland, Oregon, for that matter), was crying that the Golden Age of Television was over, what with Breaking Bad and Mad Men coming to an end.

But then, the series actually turned out to be quite good. Billy Bob Thornton delivered one of his greatest performances to date as the season’s bewildering antagonist, Lorne Malvo, bleeding with an energy that seemingly invigorated its stellar principal roster, which included Allison Tollman, Martin Freeman, and Colin Hanks. Better yet, it gave the television medium a new visionary to watch in Noah Hawley, who had previously been toiling away at Fox’s Bones. 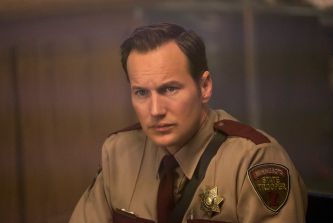 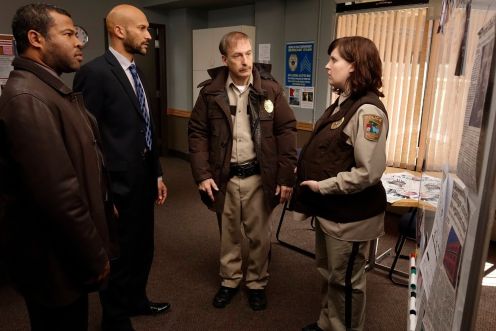 Hawley’s uncanny ability to not only match the Coen brothers’ aesthetic but expand upon their signature motifs is what made the series feel like its own thing, and the idea of turning Fargo into an anthology series is what ostensibly saved the second season from redundancy. The ’70s-set run, which offered up another electric cast in Kirsten Dunst, Patrick Wilson, Ted Danson, and Jesse Plemons, felt fresh, vivid, and altogether unnerving.

Those feelings haven’t left Hawley’s work, and given that he also doubled down this year with Legion, FX’s brilliant subversion of the tawdry superhero genre, one might argue he’s doing everything he can to take advantage of his current hot streak. Which, to be quite honest, is the smartest thing a creative in his position could do, even if by adding more projects means he’s inviting more opportunities for failure. That brings us to his third go-around in the wintry, timeless confines of Minnesota. 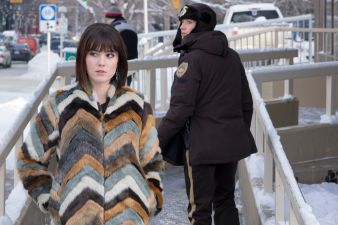 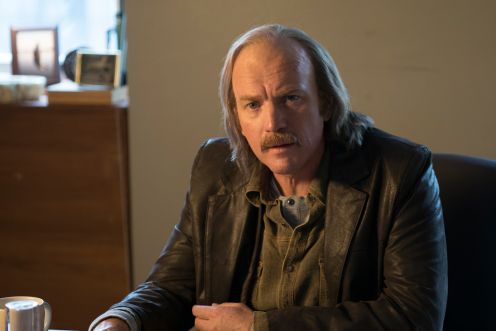 Looking back, there’s always been a shtick to this series: A brutal crime brings together an unlikely hodgepodge of Midwesterners and out-of-towners, specifically a few do-gooder cops, a couple sordid families with deep pockets, and savvy criminals that naively think they’re three steps ahead of the seemingly dense townspeople. The difference now is that the shtick feels a little too obvious and most likely because Hawley knows the formula works too well.

Rest assured, Fargo‘s third season is a dazzling, chilly affair, and the first two episodes offer enough twists and turns to keep the ice brittle beneath everyone’s feet, but it’s all very familiar. Set around St. Cloud and Eden Valley, Minnesota, circa December 2010, the series’ third “true story” is centered around the affairs of Emmit and Ray Stussy, two brothers both played brilliantly by Ewan McGregor, who get their hands messy through a series of unfortunate events that respectively lead to foreign criminals (led by a scene-chewing David Thewlis) and a single-mother cop (a very mild-mannered Carrie Coon).

Despite their meticulous attempts to be as clairvoyant as possible, the two Stussy brothers’ actions are besieged and mishandled by the story’s corollary characters, which was to be expected. After all, anyone who’s ever even glanced at a Coen brothers film, whether it’s something funny like The Big Lebowski or something terrifying like No Country for Old Men, can recognize how they’re enchanted by the idea that fate eventually succumbs to the throes of miscommunication.

That miscommunication, however, is what makes the tall tales of the Oscar-winning filmmakers feel so towering and iconic. On a long enough timeline, someone’s going to fuck up, and that fuck-up has major consequences, and those consequences are what wrap the story with barb-wired tension. Hawley recognized that power long ago, which is why it’s also not surprising to see that he’s once more rounded up another rogues gallery of supporting faces to play another grizzly game of telephone. 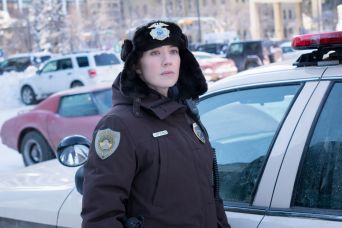 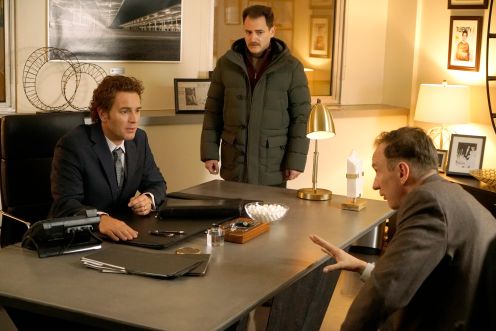 Answering calls for the principals are Mary Elizabeth Winstead as Ray Stussy’s Pat Benatar-looking girlfriend, Nikki Swango, the ever-mystifying Michael Stuhlbarg as Emmit Stussy’s third-arm, Sy Feltz, and Scott McNairy’s latest doofus role as jittery parolee Maurice LeFay. They’re all colorful and interesting enough, especially Stuhlbarg whose work with the Coens in A Serious Man is not forgotten by this writer, to dismiss the fact that this is yet another bloody sleigh ride through the Midwest.

Then again, not really. The problem is that, despite its rosy quirks, top-notch acting, and sharp cinematography, Fargo is still working off the same formula, and that formula is getting easier and easier to parse. And why shouldn’t it? This is now the fourth story under the Fargo name, and while, yes, it’s set in a different time period (although, it appears that Hawley can’t shake off the ’70s, given Ray’s wheels and David Crosby look) with a new motley crew of heroes and zeroes (the brothers Stussy are admittedly a sight to behold), it’s still informed by the same conventions, the same themes, and the same stakes. As such, this outing starts with an echo as opposed to a bang, the likes of which may insist upon a few variables to Hawley’s formula.

That echo, though, is still worth all the shivering in the cold. Because if the past two seasons are any indication, and why wouldn’t they be, there’s plenty of world-building to come over the next eight episodes. What’s more, we still have no idea how this season connects to the other two, and while this writer is far less interested in that triviality, that does seem to suggest things right now aren’t so much a smooth smoothie as they appear to be. In other words, don’t get too comfortable.

Of course, comfort hardly factors into Hawley’s work. The first two seasons of Fargo were wildly unpredictable — did anyone see that time jump coming in the first season? How about those aliens in the second? — and Legion was a chaotic puzzle for the mind, but both required an inordinate amount of patience. The same should be afforded to the third season of Fargo, even in light of its mild repetition, because for all we know, the next episode could flip the entire story. And if it doesn’t, well, that would certainly go against his formula, now, wouldn’t it? Oh, you betcha, yeah.

FX's Fargo Has a Formula and Noah Hawley Isn't Breaking It