The Walkmen’s Hamilton Leithauser and Vampire Weekend’s Rostam Batmanglij released their collaborative album as Hamilton Leithauser + Rostam, I Had a Dream That You Were Mine, back in September. The pair didn’t do much touring behind the release, with Leithauser mainly taking the road by himself. They did play a handful of shows as a duo, however, and one of those concerts is getting released as a new live album through Vinyl Me, Please.

Entitled I Won’t Let Up: Live at Music Hall of Williamsburg, the album was recorded during Leithauser and Rostam’s three-night stand at the eponymous venue in Brooklyn, New York. A limited edition, numbered version of the vinyl is being sold as part of a bundle along with tickets to Leithauser’s newly announced fall tour dates. From now until May 3rd at 10:00 a.m., you can purchase the bundle here with the password “1959”. Vinyl Me, Please will release I Won’t Let Up later this fall.

As a preview of the album, live video of the duo performing “Rough Going” at the MHoW can be seen below.

Leithauser’s newly announced tour opens October 18th in Washington DC and stretches until November 11th in Portland, Oregon. In a Facebook post, he revealed that he’d be debuting newly recorded material at the shows, teasing “I play all of the instruments myself now”. Courtney Marie Andrews will provide support for the new dates. Find Leithauser’s complete itinerary below.

I Won’t Let Up: Live at Music Hall of Williamsburg Album Art: 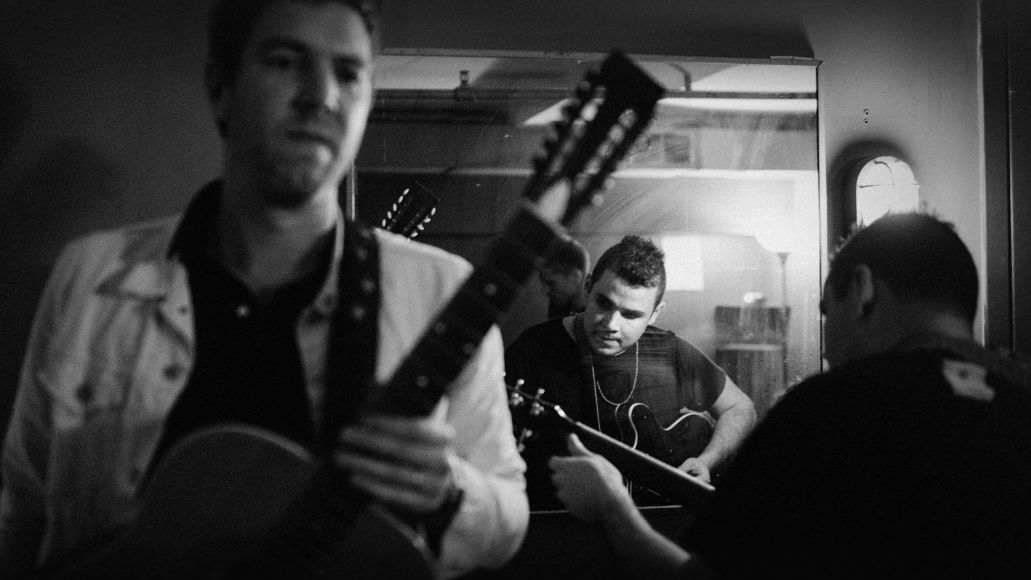