In need of a change of pace after nearly a decade and a half of touring with his band Midlake, Eric Pulido had an idea. He’d bring together disparate yet complimentary musical voices he’d encountered throughout his career to create a collaborative project unlike any other. After four years of work, the fruits of his labor will finally be revealed in the form of Volume 1, the debut album from his new indie rock supergroup BNQT.

BNQT is made up of the songwriting and vocal talents of five artists: Pulido himself along with Band of Horses’ Ben Bridwell, Alex Kapranos of Franz Ferdinand, Travis’ Fran Healy, and Jason Lytle of Grandaddy. Each musician contributed two songs to the project’s debut, often sending material via the Internet to Midlake’s studio in Denton, Texas. There, Midlake’s McKenzie Smith, Joey McClellan and Jesse Chandler provided the instrumentation for the tracks that would become Volume 1.

Due out April 28th via Dualtone, the 10-track effort has been previewed with the Pulido-led “Restart”, Bridwell’s “Unlikely Force”, and the only song to feature all five vocalists, “Real Love”. Now, the band is sharing the rest of the album with an advance stream exclusively at Consequence of Sound. Take a listen below.

To celebrate the release of his pet project, Pulido answered a few of our questions via email. In the short Q&A, he touched on how the recordings physically came together and their plans to perform the album, as well as teasing what’s in the works for Volume 2. Read on to find out more.

We’ve read that the idea for BNQT came to you while touring behind Antiphon, but I’m curious as to what exactly sparked the concept. What was it that made you say, “Hey, ya know what would be cool…?” Besides the fact that it’s just a cool idea, of course.

I was already planning a transition of sorts after touring Antiphon. We had been going full on with Midlake for 15 years – Write, Record, Tour, Repeat – with little time in between for other projects, so I made a conscious effort to pursue this with some of the guys and put the Midlake ship in the dock. I’ve always loved collaborations, multiple voices, and musical experiments … BNQT fit the mold!

I’m sure you had a Rolodex of possible contacts you could’ve gone to for the project, so why did you choose the four guys you did? Was there anyone you pitched it on who turned you down for one reason or another?

John Grant [of The Czars] was the only person to whom I reached out who wasn’t available this go round (he’s confirmed for Volume 2). I’m a fan first, and I’m a true fan of the contributors musically and personally. When I asked the guys about joining the party, it was an astounding ‘YES!’ and then I was all of a sudden really humbled, excited, and a bit scared of how we were going to pull this thing off now. I thought all of the guys came from a musical world that could mix well together, but you never know until you start throwing things against the wall. Luckily, it stuck!

Each vocalist wrote two songs, but how did each one come together exactly? Did, say, Jason Lytle send over some lyrics and a guitar part and then you and the Midlake members expanded on it? I’m curious about what the actual process was.

Two of the guys (Fran and Jason) came to Denton to record, and the other two (Ben and Alex) did their tunes remotely. In all cases, the guys had a demo with guitar or piano and vocal and we collectively developed and produced the tune how we thought best. With the guys that were in town to record, we could have real time feedback and with the guys that were away, we re-recorded their tune with me doing my best vocal impersonation for them to give feedback on the vibe we created. Both processes proved to work well with all the tunes and the guys were great to work with.

What about “Real Love”? It’s the only track to feature all five vocalists; who wrote it and what was the recording like?

I wrote the tune and always wanted it to be a group song to which everyone contributed vocals. After we recorded the tune, I sent it around to all the guys via email and asked if they heard parts they wanted to sing. Whether it was taking a verse, chorus, background, etc, I wanted them to contribute where they felt comfortable. All the additions really gave the song a lift and the collaborative spirit was captured in that tune. It was a real treat to have everyone sing on a song of mine for sure.

What’s great about BNQT is that it’s not only such an awesome concept, but it came out incredibly well — this is a fabulous record. The sort of problem with that is now fans are going to be clamoring to see it live, and see it with everyone involved. That has to be a tricky thing to pull off and I’m wondering if there are plans to try and attempt it. Is there any sort of tour in the works for Volume 1?

Thank you, it really means a lot to hear you dig it. You can often times lose objectivity when recording (or after) so its nice to hear feedback … usually! 😉

We were able to play a fun show with two of the guys (Fran and Jason) at SXSW, and we’re working on more dates with the guys later this year. It is indeed logistically difficult, but everyone is excited about getting together and playing some shows.

You’re also not being terribly subtle calling the album Volume 1 — clearly there are plans for more from BNQT. Are you planning on bringing in other vocalists or musicians for Volume 2? Have you maybe already started talking to anyone about what comes next?

Who would be on your dream wish list for Volume 2, if time and distance were no obstacle? 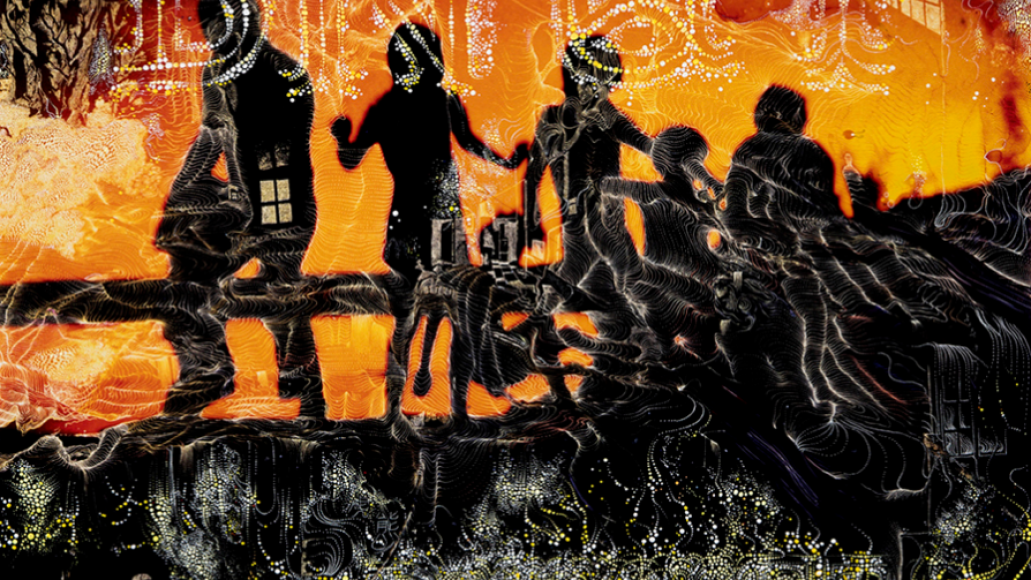