Last week, Jack White returned with a surprise new singled called “Battle Cry”. We later learned that the instrumental anthem was written specifically for a short film promoting White’s sporting good company Warstick, and thus our hopes for a surprise new album died on temporary ground. Instead, it looks like archival releases will continue to be the name of the game for White, as he’s just announced the latest installment of his Third Man Records’ Vault subscription series. It comes in the form of a live album and film capturing The Dead Weather’s August 26th, 2009 performance at the Mayan Theater in Los Angeles.

The audio was mixed by Grammy Award-winner Vance Powell and the film was directed by Vern Moen. According to a press release, the release marks the first-ever live LP from The Dead Weather‘s first year “and serves as a blistering reminder as to why this band still matters.” The tracklist includes songs from the band’s 2009 debut, Horehound, along with covers of Bob Dylan and Them. Listen to a clip of “Hang You From the Heavens” here.

The Vault package also includes the final 7-inch from The Dead Weather’s 2015 LP, Dodge and Burn. “Three Dollar Hat” b/w “Lose the Right” will pressed on black-and-yellow vinyl, housed in a deluxe box collecting the other 7-inch singles from Dodge and Burn. 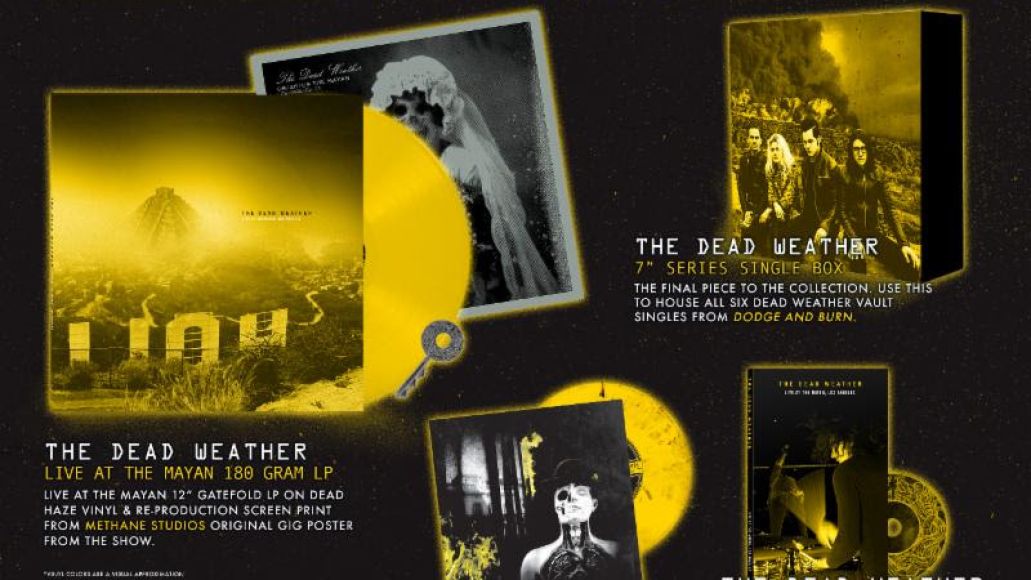 Showtime Quintupling Down on Billions with Multiple Spinoffs in the Works