For years, 4330 West Sunset Boulevard in the Silver Lake neighborhood of Los Angeles was something of a memorial for the late Elliott Smith. The red, white, and black mural painted on the side of the building was featured on the cover of Smith’s final album, Figure 8, and following the musician’s death in 2003, the mural became a memorial site where fans would leave flowers and scrawl messages to the beloved singer-songwriter. Last year, however, a new bar/restaurant opened up at 4330 West Sunset and, as part of the renovation, a section of the mural was removed and replaced with a window.

The owners of the self-described “neighborhood gastropub” sought to defuse public outcry by naming it Bar Angeles — after one of Smith’s songs. They also moved a section of the mural inside to be part of the restaurant’s decor. 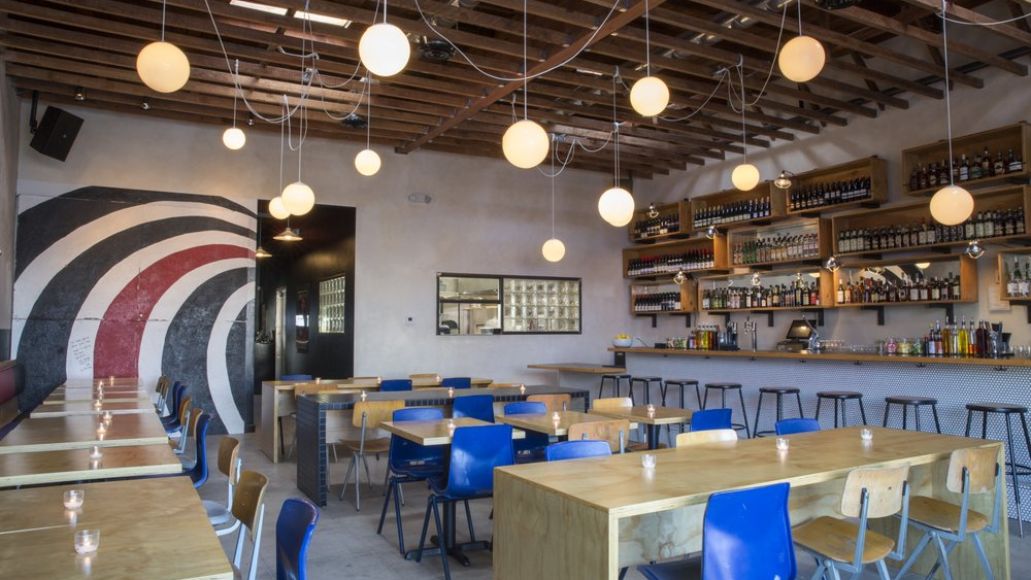 The new menu hasn’t won over everyone, however. The restaurant’s latest Yelp review comes from a guy named Mike who writes:

This place is an abortion. No matter how good the food is (which is a fair-to-middling, bougie, gastropub-ish culinary incarnation of the word, “Meh”), cutting a chunk of LA music history out of the front of the building and moving it into your restaurant in order to make a theme out of a dead musician, like he’s Jack Sparrow in the Pirates of the Carribean ride at Disneyland, ruins this town just a little bit more…for absolutely no good reason.

I’m not saying the owners should stab themselves in the chest, but if you really want to make this theme authentic…

Listen to Elliott Smith’s song “Everything Means Nothing to Me”: