Every year, Coachella brings tens of thousands of beautiful people to the Empire Polo Club of Indio, California. While most are there to catch some tunes and soak up some sun, statistically speaking, there has to be a few bad eggs in the bunch. At this year’s event, that included 36-year-old New York resident Reinaldo De Jesus Henao, who was caught stealing over 100 cell phones during the festival.

A number of attendees noticed their devices missing on Friday, probably as they went to snap a pic of a celebrity sighting or capture footage of King Gizzard & the Lizard Wizard’s wild show. Thinking quickly, they utilized the “Find My Phone” app and, in a miracle of cell service and location sharing, actually found Henao wandering the grounds. According to Indio police Sargent Dan Marshall (via KMIR), the victims followed the thief and he was “quickly detained by security until law enforcement officers could arrive.”

Henao was arrested at 5:50 PM on Friday, at which point officers found over 100 stolen phones in his backpack. (Maybe he just really hated having his view blocked by SnapChatters and video takers?) While a number of them were quickly returned to their rightful owners, dozens more were placed in the festival’s lost and found. The cells were available to be claimed throughout the rest of the weekend, and those still missing anything can check the festival’s lost and found page.

After being booked at the Larry D. Smith Correctional Center on suspicion of grand theft and receiving stolen property, Henao was released on $10,000 bail. See the photo evidence of his crime below. 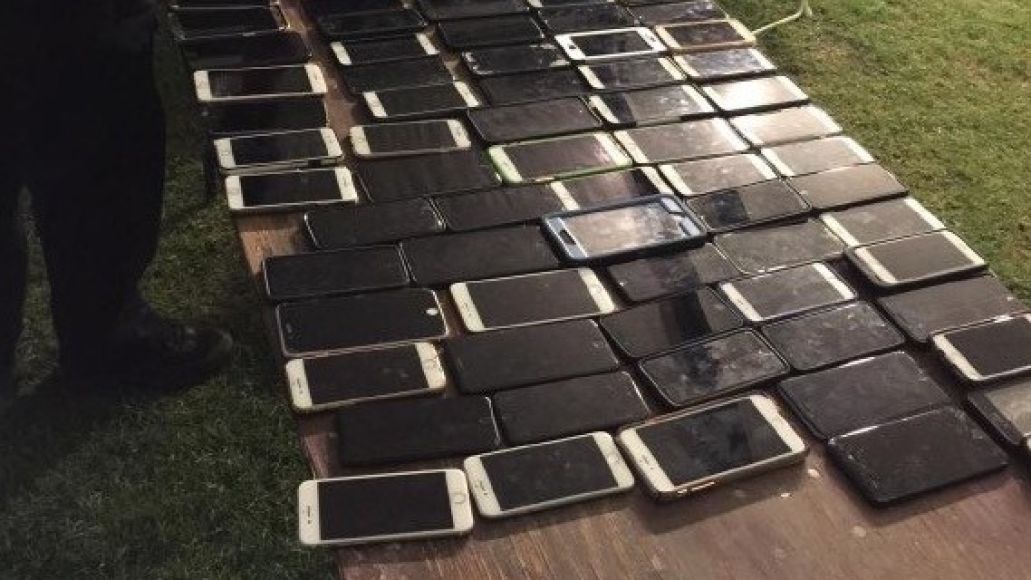 Man arrested for stealing over 100 cell phones at Coachella