“I laid on my back/ An echo of silence/ Floating on top a shallow pool of self awareness,” go the opening lyrics of “Drunk”, the new track from Mating Ritual. At this point, you might find yourself thinking, “Sure, I’ve been that kind of woozy, introspective level of inebriated before,” but you’d be wrong. Well, hopefully you’d be right, though not in the way you’d intended. See, “Drunk” isn’t about the kind of intoxication that comes from pounding back just the right amount of booze; it’s about the kind that comes from love.

“People toss around the notion of a honeymoon phase of a relationship all the time. You can scoff at it and try to deny that it’ll happen to you but it always seems to be there. It can be hours, days, or months but soon enough that time will pass. This song was started a little over two years ago as I was trying to grasp at a relationship dissolving in front of me with little success, but as a new honeymoon period began a few months later the song really opened up and began to write itself. It’s the exact opposite of how I usually write but in this case it felt natural to be able to turn my brain off and start over.”

The whole romance of the track is heightened even more by Lawhon’s genre-enveloping songwriting. What opens as an echo-y bit of ambient electronica shambles its way into a solid indie rocker on the back of acoustic guitar. It all comes together in the final third in an uplifting strain of synthpop. Think of it like M83’s Anthony Gonzalez writing with Car Seat Headrest’s structural tendencies.

“Drunk” comes from Mating Ritual’s debut full-length, How You Gonna Stop It?, out June 9th via Lawhon’s own Smooth Jaws label. To celebrate the effort, Lawhon is going above and beyond the typical album release party by throwing a benefit show dubbed No Matter What. Going down June 24th at Los Angeles’ Hi Hat and curated by local artists, the event will benefit the community’s Planned Parenthood center. Speaking about the event in a press release, Lawhon said,

“There’s a lot of crazy stuff happening in this world and groups like Planned Parenthood are in jeopardy of losing their ability to help millions of people. Some friends and I have dreamt about doing something like this for a while and the time was finally right. What started as an album release show turned into something that matters so much more. We’ve gathered a great group artists who are donating their time to help the people of the city we all love. We’re on track to raise thousands of dollars for this cause.”

In addition to Mating Ritual, No Matter What will feature performances from Beginners, DYAN, La Bouquet, Oddnesse, Inspired and the Sleep, and The Openers. Sir Sly, Pr0files, and Bad Wave will also deliver DJ sets. Tickets to the event can be found here. 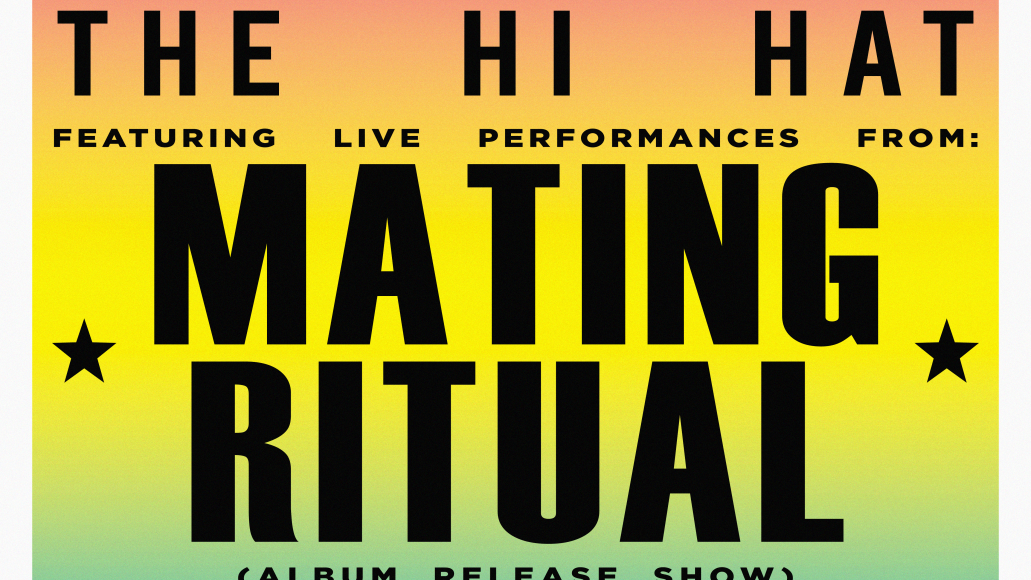