When speaking about Chicago poet-rapper Mykele Deville, it’s easy to delve into hyperbole. To many entrenched in Chicago’s DIY community, he represents change, a rising tide that spilled over the dam separating homogeneous scenes. A tide that created the diverse blend found today in the city’s most popular below-ground art spaces.

From afar, he is a larger-than-life figure, gifted with the unwitting ability to suck all the light from a room and make it seem as though it was emanating from a little space on his forehead. Up close, however, Deville is personable, vulnerable, willing to jump into passionate conversations normally reserved for 2 a.m. and found at the bottom of a glass of whiskey.

On his role in the community, Deville is humble, remaining referential to the Dojo collective that he helped found, stating simply, “I hope in some way it helped change the conversation and encouraged people to open up their spaces to new friends and incorporate a variety of different themes. [Starting a DIY space] allowed me to meet artists from all different walks, and those people were my first contacts when I started making music. They really had their ears open because we all supported each other. Once they heard what I was saying in my music, they spread it.” 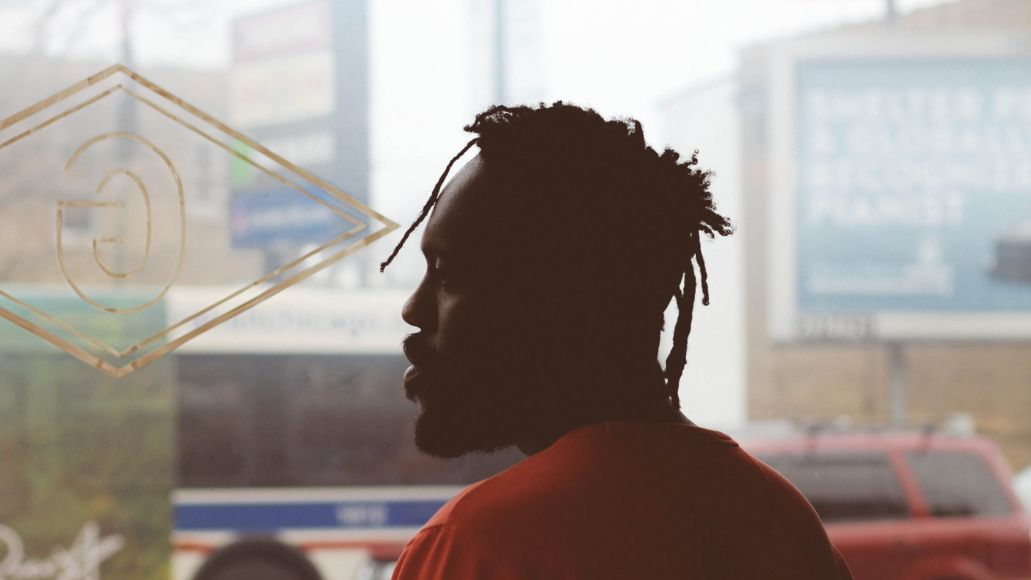 I catch up with Deville during a recording session at Audiotree Studios in Wicker Park. He greets me at the door sporting a throwback Nas t-shirt with bold, red lettering and a grin. He’s gushing with excitement about putting the finishes on his new album, Peace, Fam, set for release on April 6th. As we enter Studio A’s control room, I hear an effected horn melody with a complementing beat that would make a youthful Dr. Dre smile. Deville rocks back in the wheelie chair his worn leather coat rests on with a gentle kick-push and explains, “I’ve always had a reverence to the past. I grew up on KRS-One and Brand Nubian — story telling, you know? Slick Rick, Andre 3000, like most folk who dig that style did. When I heard this beat, I knew what I wanted to speak on pretty much right away.”

The track, produced by Indianapolis-bred Maschine Monk, is called “Mingus Baby”, and after a few listens, it’s definitely a standout on the album. Deville explains that “Mingus Baby” marks the point on the LP where he wanted to discuss black culture and responsibility in finding inner peace within oppressive structures that make such a task a tall order. “It starts with taking inventory on what we haven’t been doing, or at least what I haven’t been doing,” he says. “For me, that’s checking in about mental health; it’s an issue within this country that’s never been met with the necessary care or resources … and also thinking about what someone like Charles Mingus or Monk must’ve had to do each day to find peace when people are coloring their genius with terms like ‘problematic’ or ‘manic’ while similar white genius of the time didn’t get indicted in the same way.”

At 28, Deville is on the downward sloping portion of the bell curve for a hip-hop MC of less than two years. However, his quick ascension is more the logical outgrowth of a lifelong artist than a nascent talent with a new hobby. Deville cut his teeth as an actor and writer, attending the same Gallery 37 arts program that birthed Jamila Woods, and graduated with a BFA from UIC on Chicago’s Southside. When asked, Deville is adamant that he never intended to be a rapper, explaining that for most of his youth he aspired to be an author and poet, with a deep love for fantasy, supernatural, and the profound. Slowly, he realized the author’s life was detrimentally reclusive and transitioned into acting, influenced heavily by the works of Shakespeare and Chekhov. It was through acting he learned to take the inked passage and “paint the word” itself, living and breathing life into it. Combining the two into a rhythmic format happened seamlessly.

His first two projects, 2016’s Super Predator and Each One, Teach One, showed immediate promise — the latter of which ended up on Chicagoist’s Top 25 Albums of 2016 alongside Noname, Chance the Rapper, and Whitney. It’s music with many hallmarks: messy and lo-fi, but at the same time powerful, political, taking on issues of racial identity and social justice with urgency and a poet’s tongue. Perhaps the most obvious and important takeaway from Deville’s early work: He is an extraordinary lyricist.

On a personal note, this deft lyricism is what drew me to Deville. In a contemporary landscape that favors the R&B- or trap-flavored hip-hop of artists like Drake, Future, and the new wave of Kid Cudi progenies found on the middle rungs of hip-hop all over America, it’s a refreshing listen. Oftentimes, even with my favorite artists, flow takes a front seat to lyricism; this isn’t even necessarily a bad thing, but a lyrics-first mentality is one of the differentiating features of Deville’s music. They are visceral, palpable lyrics that paint pictures and make you think about how your mouth and tongue must move to recite the words the way good poetry does. “Just put a little extra sugar in that lemonade/ Like momma’s famous chocolate upside down cake/ Like licking frosting off your finger tips/ No monkey bars you used to try and grip/ Popsicle juice staining every single tooth type love,” Deville raps on “Shea Butta”, an ode to the enigma of a lover. 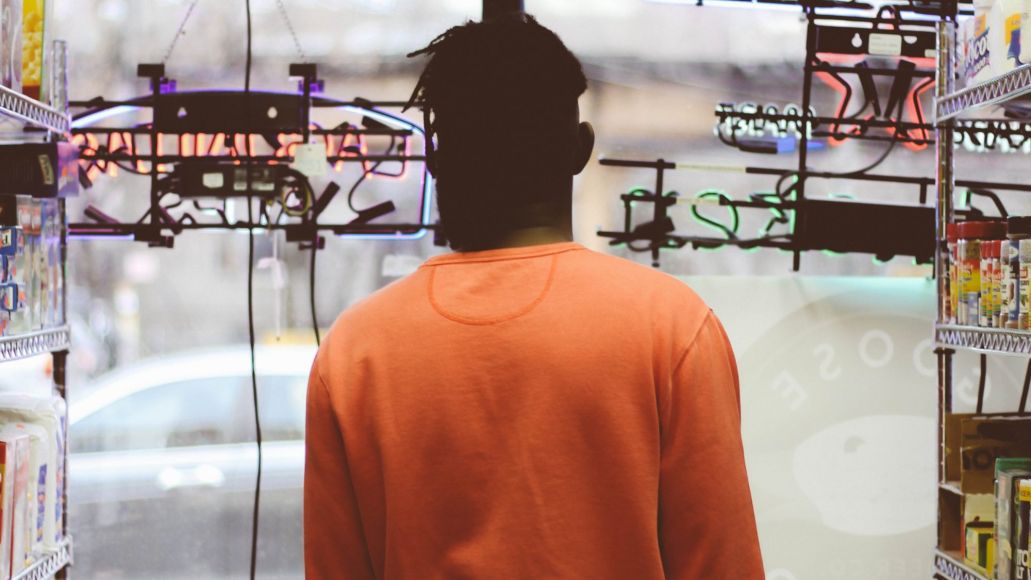 Deville and I meet again at Filter Café in Chicago’s Northwest side, and he tells me how last night’s cheesy poutine gave him the grease-fueled energy to finish out the last all-night recording session needed to complete his album. I ask him what he’d like to see happen once it’s out there.

“It’s a call to myself to not apologize for my own experience and my own voice as a black creator,” he explains. “Understanding that my music will often be viewed under the white gaze and in a variety of other ways I can’t control. I used to shrink under that. I don’t want to do that anymore, I don’t even want to seem like I’m trying to make my music more secular for everyone to connect to. I think there’s a level everyone can, but I wanted to speak directly to black and brown bodies on this album and let them know to take up space with intention. In order to accomplish that, we have to seek peace within ourselves, one we can hold on to.

As far as this upcoming Sound Select show with [BJ the Chicago Kid], I’m most nervous about performing in front the people who were here every step of the way. To now be a part of this massive platform that discovers new artists and can help more people hear what I’m trying to say, it’s incredible. I’m just grateful to be heard, [chuckles] ‘cause my music ain’t the easiest thing to listen to sometimes, so I appreciate Red Bull and CoS for giving me that listen.”

Check him out for yourself this Thursday, April 6th at Chop Shop. RSVP here.