When most think of New Orleans, what usually comes to mind immediately are wild Mardi Gras celebrations, great jazz, and Cafe Du Monde’s famed beignets. Hailing from the Louisiana city, rising indie pop six-piece Sweet Crude know there’s so much more to be found and appreciated: a richness in culture and history, which they’ve deftly woven into the foundation of their work.

Following their debut EP, Super Vilaine (whose music was featured on American Horror Story’s New Orleans-set “Coven” season), Sweet Crude is now prepping their first-ever full-length album. Titled Créatures, it’s not only representative of the love they have for their hometown, but also their strong knack for pop hooks no matter the language, as they employ both English and Louisiana’s native French dialect.

There are glorious five-part harmonies and playfully surprising rhythms that shine throughout the LP’s 11 tracks. Think Born Ruffians and The Dodos crossed with Arcade Fire’s Reflektor (an album informed by another formerly French-ruled land, Haiti). “Weather the Waves” rolls on with lively percussion and uplifting vocals, while “Laces” stands out with its synth-y sparkles. Though more mellow, “Mon Esprit” is just as powerful, if not more so, as it talks about a woman who is struggling to accept her unwanted reality; the first few seconds of Alexis Marceaux’s pleading, outstretched vocals feels like something out of a cinematic masterpiece.

“This album took a lot of blood, sweat, and coffee and we’re delighted to finally bring it into the world,” the band tells Consequence of Sound. “When we first started playing as a band, we weren’t sure anyone outside of Louisiana would care about our Franglish parade-pop, but our generous Kickstarter backers and New York-based record label are proving us wrong. Créatures celebrates our vibrant love for New Orleans, the weirdness of adulthood, and dancing like everyone is looking.”

Ahead of Créatures’ release on April 21st (Rhyme & Reason Records), we’re premiering it in full below. Take a listen. 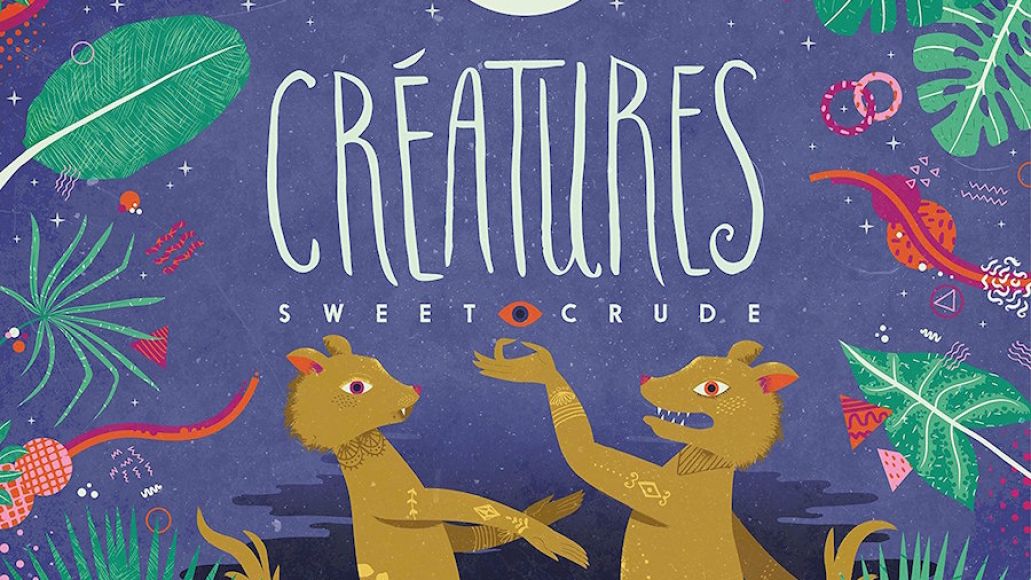