There’s something perfect about the much-awaited third season of Rick and Morty debuting, without warning, on April Fool’s Day, even after Adult Swim had announced the show would not return until July. It fits with the series’ “pull the rug out from under you” spirit. But it also fits the specific episode that kicks off the season. The surprise debut is a way of toying with the show’s devotees, just as “The Rickshank Rickdemption” constantly finds ways to play with the audience’s expectations: about how Rick will escape from prison, about his backstory, and most importantly, about whether he is a good person in pain or merely a self-absorbed bastard.

At its best, Rick and Morty is the sum total of these things. When it’s firing on all cylinders, the show combines off-the-wall, imaginative sci-fi action with dark, introspective character moments, and if “Rickdemption” is any indication, there’s plenty more of each to come. The bits of thrilling sci-fi weirdness — from Inception-like journeys into the mind to leapfrogging consciousness transfers, to neon-hued battles between disparate forces across space — were colorful and inventive from start to finish. There are few shows on television with such a commitment to mind-bending storytelling and madcap left turns all over like Rick and Morty.

But what elevates the episode is how it serves as the perfect follow-up to the question the show asked in its Season 2 finale: What motivates Rick Sanchez? Is he a hero, as Summer thinks, some sort of demon or crazy god, like Morty thinks, or is he someone whose motivations are so opaque and arbitrary that he more or less defies that sort of binary characterization? 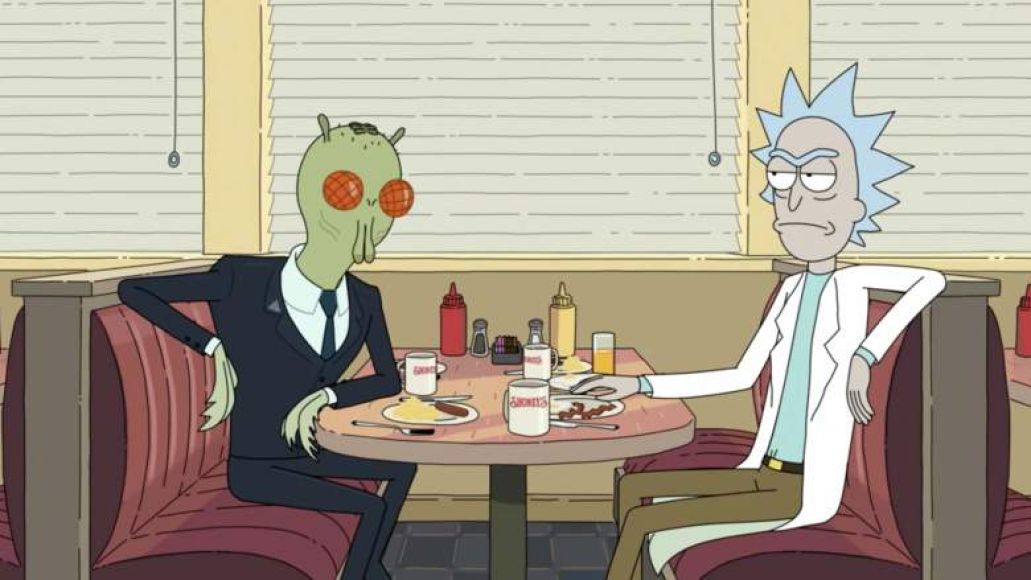 “Rickdemption” appears to offer a disquieting answer, one that pulls back from the ways in which the show softened Rick over the course of its second season. Nevertheless, the episode spends most of its runtime teasing the audience in either direction, suggesting in turn that Rick is a champion, an opportunist, an unscrupulous crackpot, or perhaps just an incredibly complicated individual.

He offers a sad backstory to Cornvelious Daniel, the Galactic Federation agent who infiltrated his mind, one that seemingly involves the loss of his wife and daughter in a Batman-like defining moment. He then reveals that the whole tale was a ruse to gain control over Federation technology, free himself, and wreak all manner of havoc. He points a gun at an adversary who’s holding his granddaughter hostage and claims not to care whether she lives or dies, only to announce that it was all a trick to convince his opponent to free her after Morty threw a monkey wrench into his plan.

Most notably, Rick saves Morty and Summer after they’re caught in the fray, freeing himself from prison and ridding the galaxy (or at least Earth) of the Federation in the process. He returns home with his grandkids in tow, receiving a hero’s welcome in the aftermath of his wild adventure.

And yet, in a private moment with Morty, he declares that this too was all a part of the plan. He confesses that, contrary to how it appeared, he did not turn himself over in a moment of self-sacrifice to spare his family a life as fugitives. He claims that he set this all up from the beginning to eliminate the Galactic Federation and sideline his son-in-law at the same time, after Jerry threatened to turn him in, thus leaving Rick unchallenged in both the galaxy and his own household. He declares that he only saved Summer and Morty to appease his daughter, Beth. Last, but certainly not least, he insists that his one goal in life is to obtain more of a discontinued McDonald’s Szechuan sauce and that now Morty is doomed to join him on that quest for the rest of his life (or at least nine more seasons).

It is, at first blush, the answer to the question Rick and Morty has been puzzling over since at least the Season 1 finale, which both hinted at Morty gaining a deeper understanding of his grandfather as a tragic figure and subverted the notion of Rick harboring affection for his grandchildren. “Rickdemption” seems to suggest that Rick truly is a horrible man who only cares about himself and whatever transient, quotidian whim crosses his mind on a given day. It is, implicitly and explicitly, an announcement of dark things to come in the balance of the season, shining a light on Rick as a Machiavellian manipulator who cares only about himself at the expense of anyone who cannot help him get what he wants.

Still, I keep coming back to one scene from the Season 2 premiere, “A Rickle in Time”. With nothing to gain and everything to lose, Rick (or at least 1/64th of Rick) sacrifices himself to save Morty. With no one around to hear it, he offers the hope that his nephew will turn out better than he did. It was a gesture, and a prayer, with no advantage to gain, no one to impress or show up. It is, rather, an act of pure altruism, of caring about another human being at the expense of oneself.

Maybe that can be hand-waved away. Maybe it can be written off as a desperate ploy for divine or science fiction-y intervention. Maybe Rick had a change of heart after watching what happened to Bird Person when he opened himself up to another human being and found himself burned in the worst fashion imaginable. 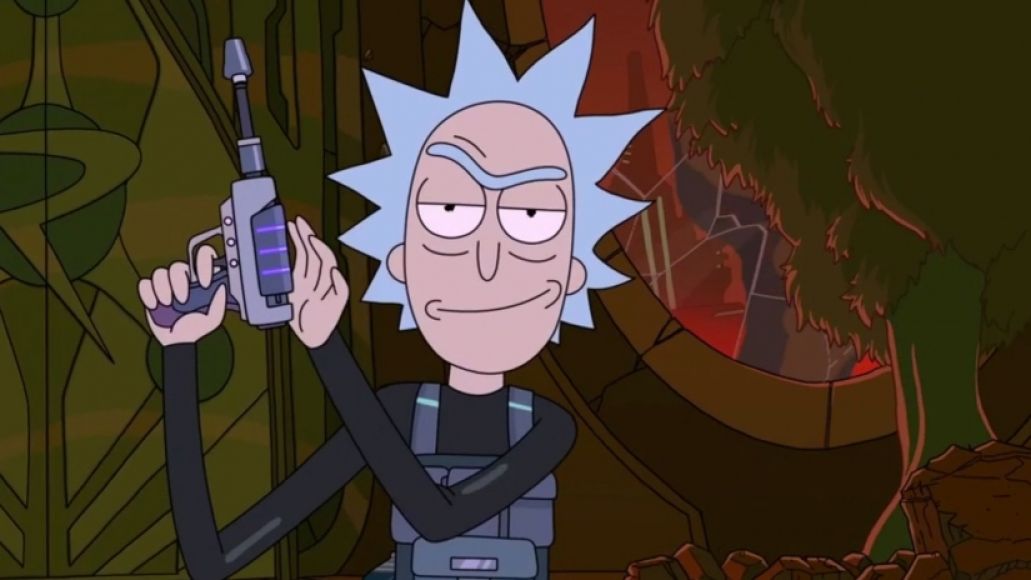 I believe, instead, that it’s a story of a man who has seen the ins and outs of the universe, of several universes, and come out jaded. It’s a show about someone who has loved and lost, whether or not it’s in the exact terms of the fabricated memory he shows to his insectoid brain-invader. It is a series centered on someone who masks any good deed, any sign of real caring or connection he puts forward, in the mantle of chess master strategy and assurances that he’s only feathering his own nest, because it’s easier and less risky than letting people know that you care about someone, letting yourself grow attached to them, and losing them, or worse, disappointing them.

Rick is not a good man. He has shown too much cruelty, committed too many amoral acts, and done too much downright diabolical crap to claim otherwise. But buried there, beneath decades’ worth of self-loathing and self-interest and intergalactic ennui, is a man who would sacrifice himself for his grandchild. All the trickery in the universe, whether from Rick or the show that bears his name, cannot erase that. There is darkness in his soul and enough caustic disdain and mercenary impulses to sustain it. But that can, in the loneliest of moments, also be overcome. And we have 97 more years for Rick to prove it.