The truth is still out there for The X-Files, but you already knew that.

Last year, when the iconic series returned to Fox for a limited six-episode run, showrunner Chris Carter opted to end things on a cliffhanger, which more or less screamed renewal. And given that the reboot was a ratings smash, and that stars David Duchovny and Gillian Anderson expressed interest in returning for more monster-of-the-weeks and now-ludicrous mythology episodes, it was only a matter of time before Fox gave the green light.

Well, according to The Hollywood Reporter, that light is now, in fact, green. Fox has given the thumbs up for not six, not eight, but 10 episodes that will go into production this summer. Naturally, Carter is on board, as well, though one hopes that the four extra chapters this time around gives him the chance to right, well, pretty much everything that was wrong about the last two episodes in that mini-series event.

(Ranking: Every Season of The X-Files From Worst to Best)

“Iconic characters, rich storytelling, bold creators — these are the hallmarks of great TV shows,” says FBC president David Madden. “And they are some of the reasons why The X-Files has had such a profound impact on millions of fans worldwide. Chris’ creativity, along with the brilliant work of David and Gillian, continue to propel this pop culture phenomenon, and we can’t wait to see what fresh mysteries Mulder and Scully uncover in this next chapter of The X-Files.”

As of now, The X-Files are slated to return for Fox’s 2017-18 season, which likely means another winter premiere, possibly after the Super Bowl again. In the meantime, god bless anyone who has to clean up the mess they made in that finale. We’d suggest Vince Gilligan, or maybe even Frank Spotnitz, who recently walked from The Man in the High Castle, but sheesh. To quote Groundhog Day’s Stephen Tobolowsky: “It’s a doozy!”

Oh, and here’s a fun poster: 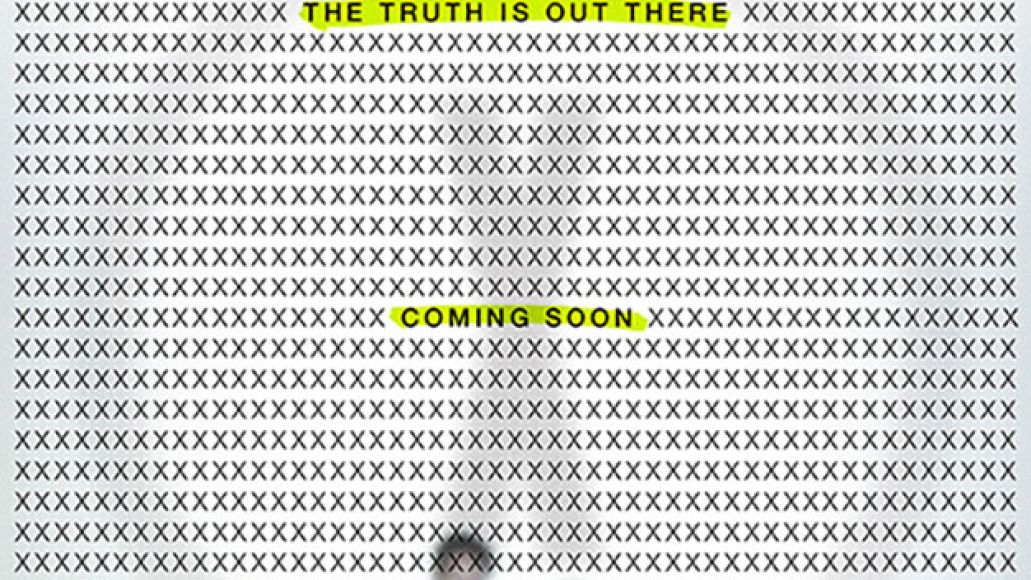