LCD Soundsystem debuted new music during their recent five-night residency at NYC’s Brooklyn Steel earlier this month, but thanks to a strict ban on cameras, the rest of the world has yet to get in on the action. That’s about to change, however, as James Murphy has just announced the impending release of two songs: “Call the Police” and “American Dream”. Both tracks will be available via digital platforms beginning Midnight local time on Friday.

In a note posted to Facebook, Murphy said the songs were finished just last week. “I (James) mixed ‘American Dream’ at DFA Studios, and my friend Dave Sardy mixed ‘Call the Police’ at his sweet place in LA last week, and shuttled them quickly to the great Bob Weston (at Chicago Mastering Service) to master them so we could get them out today.” 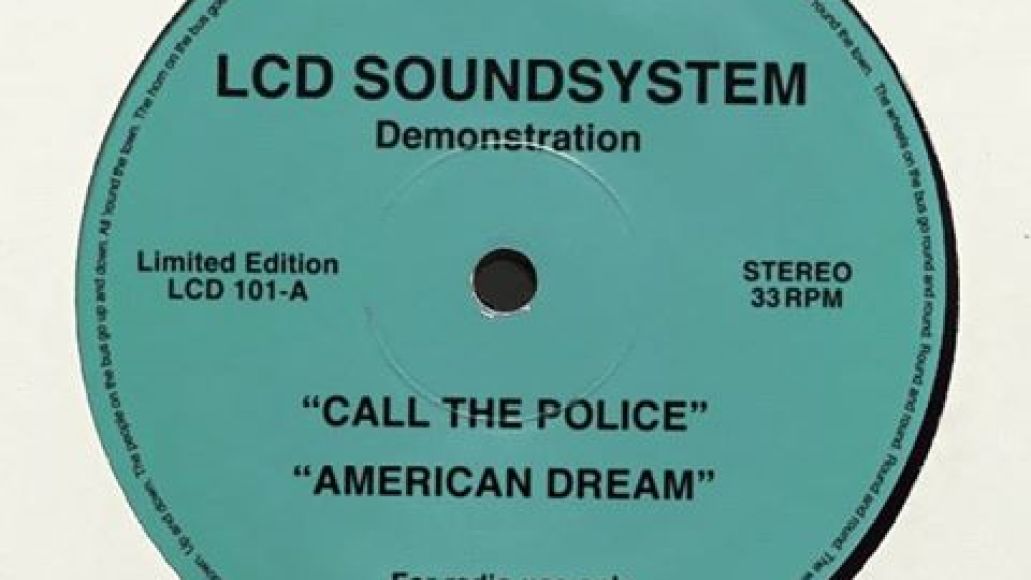 As for the band’s long-awaited new album, Murphy said it’s “seriously almost done,” adding,” “1 more vocal and 2 more mixes to go. As eager as folks have been for me to get this done, it’s got nothing on how much I want to be finished myself. It’s been one of the most enjoyable records to make in my life, if not the most fun ever (I think it is, for sure, the happiest I’ve ever been making a record.) So it will be sad in some ways to see it leave the house etc., but we’re really looking forward to not feeling ‘late’ all the time, and being able to do things like plan a weekend to do something fun. Or respond to an email about eating with a friend with something other than ‘I’m sorry! I’m totally buried in the LP! Check with me in a month?'”

Murphy has yet to pin down a release date for the album, because “I insist that there is vinyl on the day it’s released (because… well… because i’m an old person) so it will go like this: finish last mix > get to [Weston] to master > get masters to pressing plant > plant takes X amount of time > records get to distro so that they can go to stores > record released. However long that takes = when the record will be out. I can control the first part, and I’m furiously trying to get everything to [Weston] before [his band] Shellac goes on tour and that pushes things further back, and then there’s the jockeying for position in line at pressing plants, and various other things I don’t control nor fully understand, but I’ve been assured by folks I trust that there are a series of fast runners in sweat wicking clothing waiting at the line for the baton to then bolt forward…”

As such, neither “American Dream” or “Call the Police” will be pressed as a standalone vinyl single — at least, not initially. “There may be ‘singles’ on vinyl of these later, if that seems to make sense and not be dumb,” Murphy explained, adding that it “depends on whether there are smart things to put on a B-side. They’re not necessarily things I’d want remixes of, so it’s more about whatever else would go with the songs. There is a LOT of new music–much more than I usually have, so we’re puzzling through all that.”

The songs’ release come ahead of LCD Soundsystem’s appearance on Saturday Night Live this weekend, and it appears they’ll be performing one, if not both of the songs. Responding to a Facebook comment asking if they’ll be playing new music, Murphy replied with a simple “yes.” 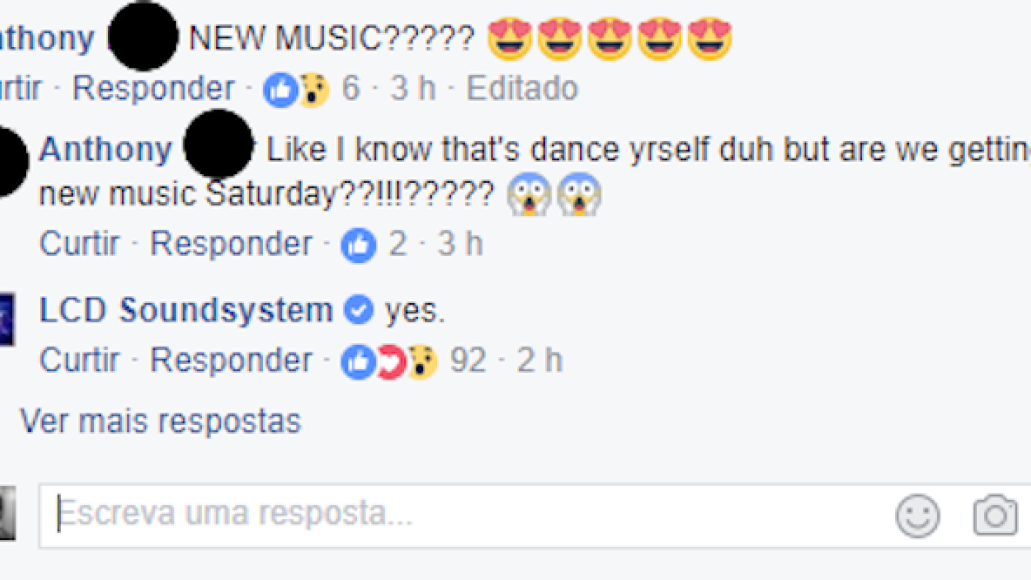 As for additional live performances, LCD Soundsystem do have several festival appearances lined up this summer (dates below) and a more expansive tour is also being planned. Murphy said he is hesitant in playing larger arena-sized venues, explaining, “What we don’t want: us in some mega-dome (looking like we think we belong in some mega-dome) playing to 1/16th of a full room, while someone says things like ‘well, we can curtain off the balconies so it doesn’t look so bad,’ after telling us ‘you have to charge $180 a ticket for it to make any sense.’ Instead, “What we want: full shows that aren’t so big that you feel like you need binoculars to see if pat is actually behind the drums or if it’s Louis CK or something.”

Below, watch a promo for this weekend’s SNL featuring host Chris Pine and cast member Kate McKinnon getting down to “Dance Yrself Clean”.