In theory, Hall and Oates and Tears for Fears make sense together. It wouldn’t be jarring to hear “Out of Touch” right after “Pale Shelter”, and it probably happens at just about every other ’80s night. (Let’s not forget, the two songs were wisely bunched together on Rockstar Games’ outstanding 2002 blockbuster smash Grand Theft Auto: Vice City.) But, that’s also dismissing the band’s respective histories: The Philly favorites started out way, way back in 1970, while the English rockers didn’t plug in their synths until 11 years later. Again, you’d never really think about this disparity when you slot their best singles together, but it’s on full display amid their current joint tour.

On Saturday, the two ’80s pop rock wizards stopped at Milwaukee’s BMO Center, where thousands upon thousands of fans from varying camps hunkered down in the arena’s legroom-less seats. The mean age must have been 47, and you could tell everyone came to have a good time as they shuffled back and forth with cocktails and beers during songs like “Advice for the Young at Heart” or “Possession Obsession”. Some clapped along, some stood and danced (much to the chagrin of their new wave-loving neighbors), but everyone sang. How could they not? Between the two acts, you have an enviable playlist of some of the greatest hits of the ’80s — and that wasn’t lost on anyone. 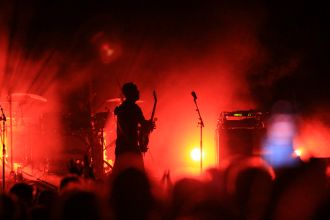 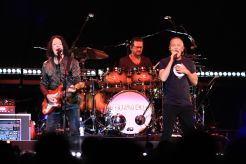 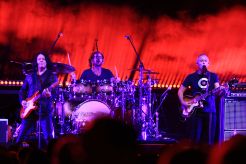 We’ll soon get to the differences, but let’s talk about how similar the sets were: Both were fairly front- and back-loaded (see below), and both had a clear-cut spokesman (Daryl Hall, Curt Smith). “When I think of Milwaukee, I think of the scene from Wayne’s World,” Smith admitted. “Everyone in the band looks at me like, ‘What the fuck are you talking about?’ You know? Alice Cooper? Mill-e-wah-que. The Algonquin Indians.” That got some good laughs. Though, nobody hit the stage harder than Hall, a human slinky who has the charm of Owen Wilson circa 2005 and the voice of an R&B god. Maybe it’s all that time hanging out with artists for his online web series, but man, the guy has a natural groove to him.

(MVP Moment: Right after playing “Sara Smile” on his brand-new grand piano, Hall slouched on top, sighed, and said: “And that’s feeling good, right?” Oh, you delightful son of a bitch, you.)

Here’s the big takeaway, though: Whereas Tears for Fears still embrace their new wave roots, Hall and Oates couldn’t appear more disinterested with their ties to the genre. Every one of their juggernaut hits was given jazzy inflections, sounding less like an export of the ’80s and more like something you’d hear in a ’70s bar or a scene out of Rocky. When Hall said, “Here’s a slow song” ahead of “Maneater”, he wasn’t trolling the audience, who spent the next few moments trying to figure out what the hell they were playing. The song was slow, downright soggy, and also lacked a certain chutzpah the set’s other jammier cuts had — stuff like “Wait for Me” and “Method of Modern Love”. 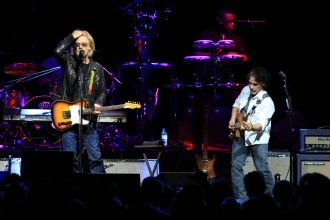 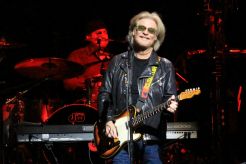 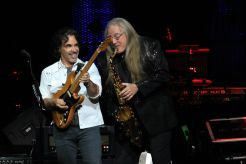 This much was obvious by the end when a landmark hit like “You Make My Dreams” felt like a complete afterthought after, you know, a nearly 20-minute rendition of “I Can’t Go for That”. This wasn’t exactly a bad thing, and while this sounds negative, it should be stressed that not once was the show not fun. More importantly, not once did either act ever diminish in craftsmanship. Quite the opposite! If anything, the adjustments to Hall and Oates’ catalog revealed an older, wiser, and more sophisticated outfit. This shouldn’t be surprising — after all, they’re Rock and Roll Hall of Famers, for Christ’s sake — but it may be a little perplexing to those looking to bop and roll like they do on record.

But, you have to ask yourself: Why do you go to live shows? If it’s just to hear the same songs you’ve already heard again, well, you might want to save yourself some time and bail after Tears for Fears. Though, if you’re game to witness an evolution; or rather, if you’re interested to grow with one of your favorite acts, then this show has the ability to be somewhat revelatory for you. Be forewarned, though, not all of the tinkering works — it cannot be stressed enough how “Maneater” needs speed, no matter the proficiency — but it’s all very interesting and it’s all very surprising and it’s all very rewarding. And c’mon, it’s not like you won’t hear “You Make My Dreams” a million more times before you die.

Hall and Oates Setlist:
Adult Education
Maneater
Out of Touch
Say It Isn’t So
You’ve Lost That Lovin’ Feelin’ (The Righteous Brothers cover)
One on One
Possession Obsession
She’s Gone
Sara Smile
Wait for Me
Is It a Star
Method of Modern Love
I Can’t Go for That
You Make My Dreams
Encore:
Rich Girl
Kiss on My List
Private Eyes 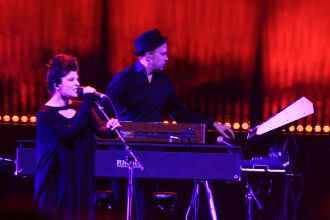 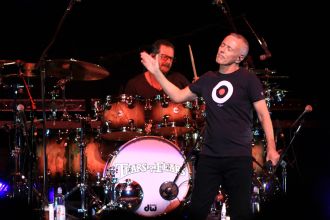 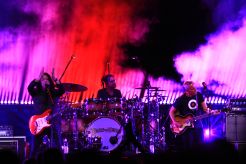 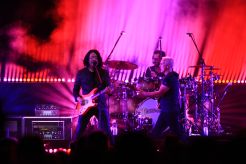 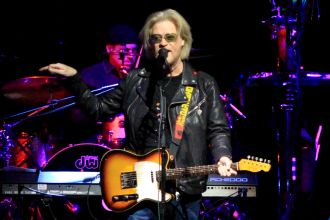