Completely seated venues can be tricky business, especially for a rock show that would also skirt into the quieter territories of folk and country. This was Ryan Adams’ first challenge as he took the stage in New York City’s historic Beacon Theatre, a grandiose, three-story venue. The stage is flanked by resplendent 30-foot-tall gold statues of Greek goddesses. Intricate murals line the walls, and a beautiful chandelier hangs from the vaulted ceiling. With sumptuous, red velvet curtains and seats, the venue feels fit for an awards ceremony. But a rock gig? As the lights dimmed, it remained to be seen whether the crowd would stay down or rise to the occasion. 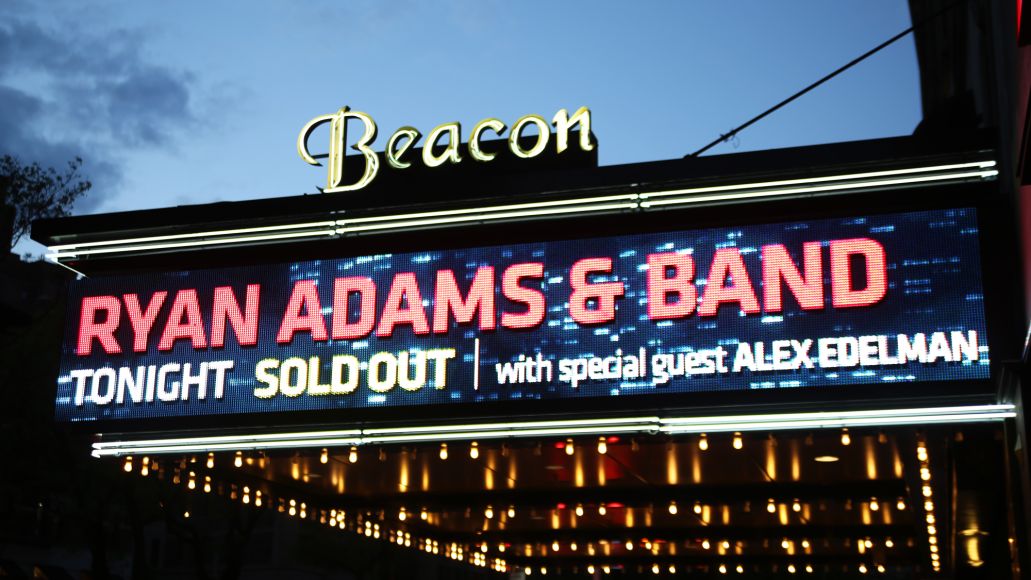 As Ryan Adams emerged, a handful of fans stood. He almost immediately erased any worries of a complacent audience, with the punchy opening riff of Prisoner standout “Do You Still Love Me?” serving as a fitting wake-up call. Through a combination of some killer reworkings of his studio tracks; a simple, gorgeous visual setup; and some witty banter, the veteran singer-songwriter earned his standing ovation song after song.

As the first track ended and transitioned to the rollicking “To Be Young (Is to Be Sad, Is to Be High)”, nearly everyone jumped to their feet. The crowd was polite overall, clapping heartily at the end of tracks, but remaining stationary during songs. (This also meant that Adams didn’t need to humorously chide anyone for talking or using flash photography.) And despite some other louder cuts like “Outbound Train” and “Gimme Something Good” in the early going, the crowd’s first big reaction surprisingly came during the quieter “Dirty Rain”. 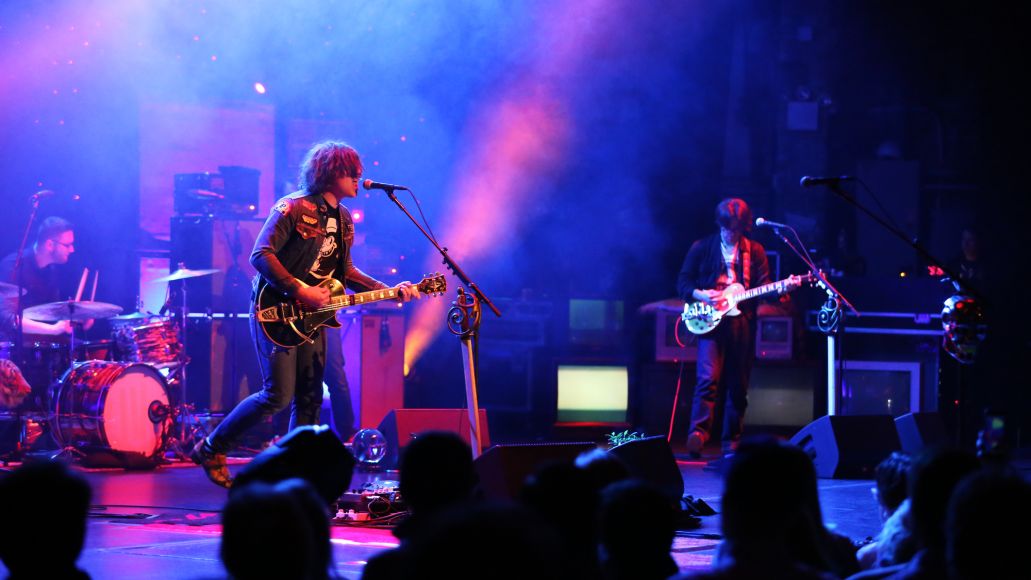 The slower tempo and pared-down instrumentation let Adams’ voice shine, as it cruised through the captivated audience. The backdrop to the stage mimicked a starry night, which fittingly lit up blue for this track. The other major component of the stage setup was a series of retro televisions that played in unison. Together, the two provided a simple, yet effective, additions to certain tracks. “Haunted House” featured found footage-style horror visuals that stumbled upon masked ghouls while “Doomsday” showcased nuclear bombs exploding and moody, red lighting — fitting, given the current political climate. 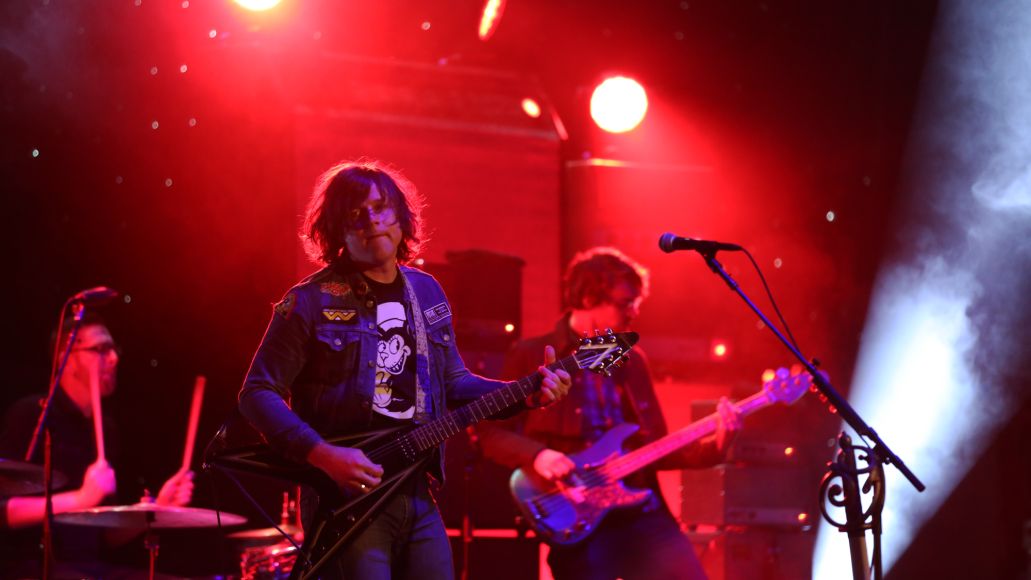 After “Haunted House”, Adams shuffled up to the mic at the front of the stage by himself. The fans whooped as they slowly realized he was playing his classic ode to the city, “New York, New York”. (The line “I remember Christmas in the blistering cold/ In a church on the Upper West Side” — where the venue is located — elicited one of the bigger cheers of the night.) His other solo venture of the evening resulted in the closest thing to a sing-along, as he took on Oasis’ iconic “Wonderwall”. “Looks like everyone quit … great,” he joked as his bandmates ceded the stage. “What a bunch of dicks.” Similar to “Haunted House”, the subtle instrumentation let Adams’ gravelly, mournful voice take the spotlight.

But even when Adams’ singing took a backseat, the band got a chance to jam in more exciting, free-form ways. “Magnolia Mountain” and “Peaceful Valley” — both folk-oriented cuts in their album incarnations — became rollicking, expansive jams. The former closed with a thunderous bang, with both Adams and his guitarist unleashing crunchy riff after crunchy riff in unison. 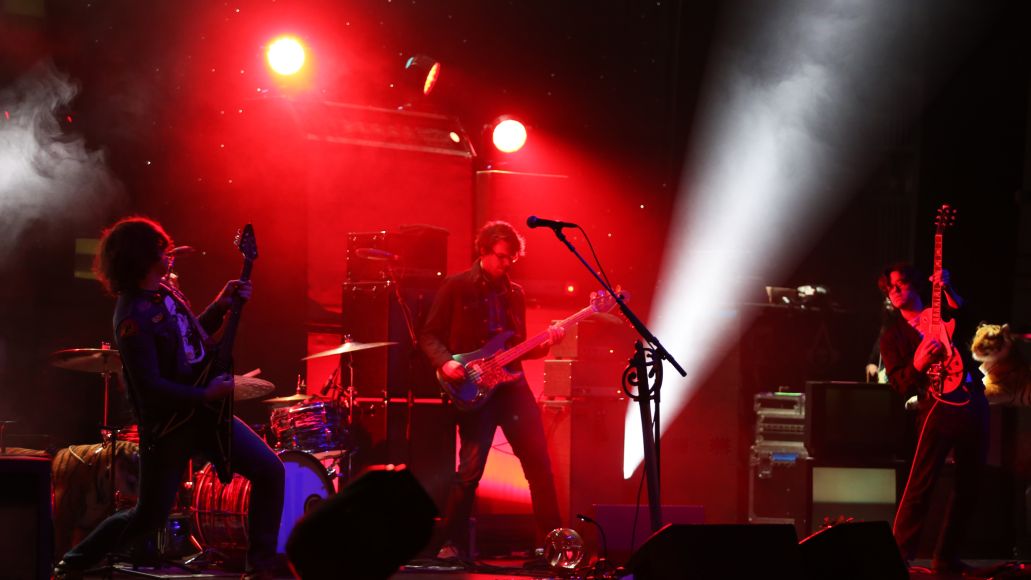 And on the latter, Adams warned, “In case something super awesome happens at the end of this song, I just want to say it’s so awesome to be back here.”

Indeed, something awesome did happen, as the song’s country twang gave way to another blitzing rock ‘n roll jam, with guitars turned up to 11 over the organ’s swell. The band kept the electrifying energy up by quickly transitioning to “Shakedown on 9th Street” as smoke clouded the stage. The track leaned heavily on his keyboardist, who provided both backing vocals as well as a jaunty piano solo. After, the band exited to an avalanche of applause. 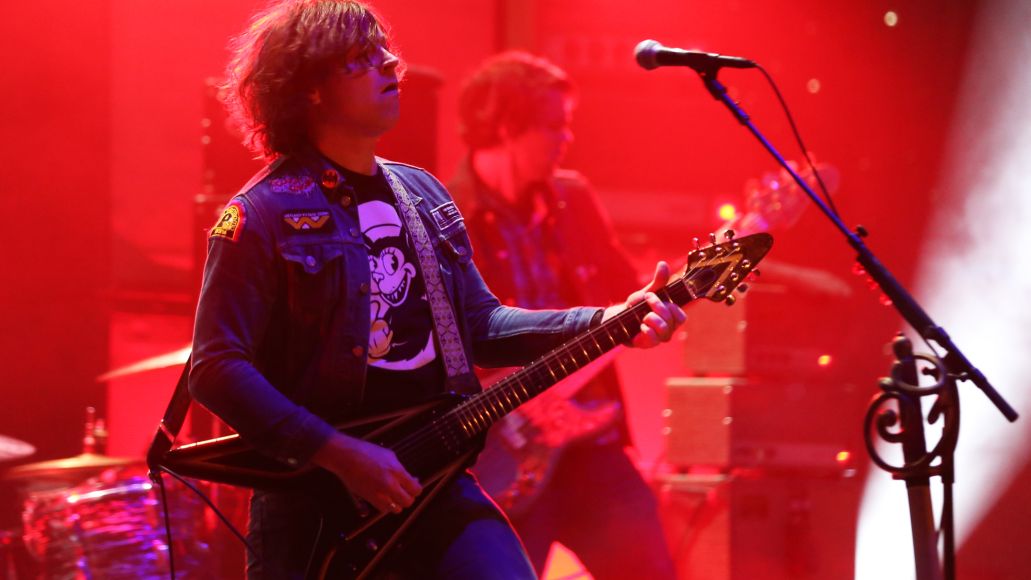 Ryan Adams & co. quickly returned, tipping the audience off to the classic “Come Pick Me Up” with its drawling harmonica intro. Of course, the encore track is just one single in Adams’ long, storied line of songs about heartbreak. But it’s safe to say that for nearly two hours, Ryan Adams actually picked up the audience, from the deeper cuts (like the just-released Prisoners B-side “Where Will You Run?”) to the plethora of hits he ran through.

And it’s safe to say that New York still loves you, Ryan Adams.

Setlist:
“Do You Still Love Me?”
“To Be Young (Is to Be Sad, Is to Be High)”
“Outbound Train”
“Prisoner”
“Gimme Something Good”
“Stay with Me”
“Dirty Rain”
“Kim”
“Haunted House”
“New York, New York”
“Where Will You Run?”
“Magnolia Mountain”
“Fix It”
“Doomsday”
“When the Stars Go Blue”
“Wonderwall” (Oasis cover)
“Let It Ride”
“Anything I Say to You Now”
“Peaceful Valley”
“Shakedown on 9th Street”
Encore
“Come Pick Me Up”