On June 24th, Tool will conclude their latest U.S. tour with a special one-day festival event at the Glen Helen Amphitheatre in San Bernardino, California. When the band first announced details of the gig, they promised a special guest would be joining Primus and Melvins as support acts. They’ve now delivered the goods with the addition of Fantômas.

The supergroup featuring Faith No More’s Mike Patton, Melvins’ Buzz Osborne, and Mr. Bungle’s Trevor Dunn will be playing their first US show since 2008. The band’s fourth member, Dave Lombardo, is apparently not taking part, as Melvins’ Dale Crover is confirmed to drum.

As an added bonus, Tool have also added Clutch to the festival’s lineup. 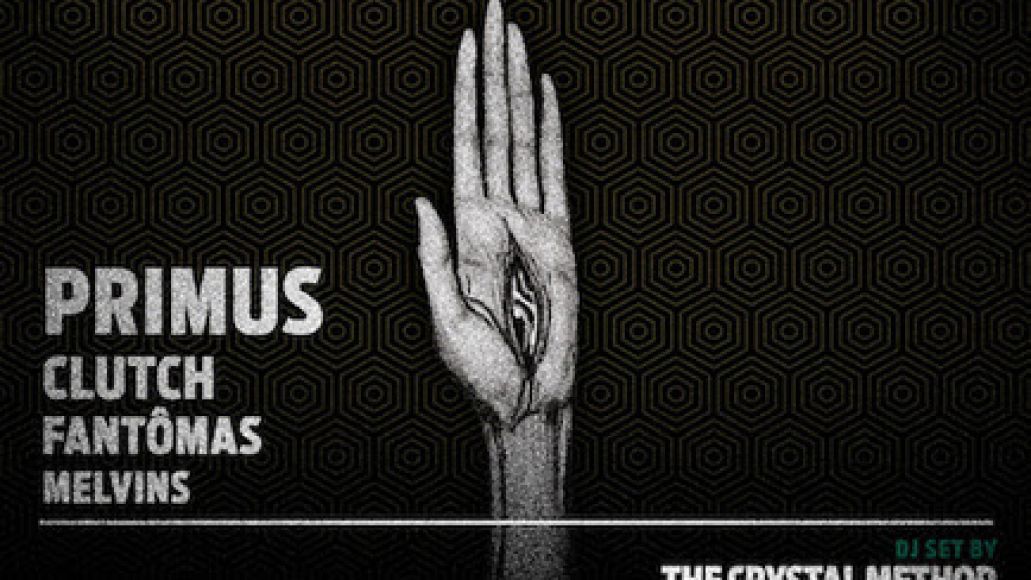 Watch “Fantômas” perform “Night Goat” during a show in London circa 2006:

Mike Patton's Fantômas to reunite at Tool's festival, the band's first US performance in nine years