Mondo Cozmo is the new alias of former Eastern Conference Champions indie rocker Joshua Ostrander. Following well-received singles like “Shine” and “Hold On To Me”, the Los Angeles-based rocker announcement of a jam-packed summer of festival appearances including everything from UK’s Reeding and Leeds to Chicago’s Lollapalooza to Las Vegas’ Life is Beautiful. All this before he’s even released his full-length debut, Plastic Soul.

Due out later this year through Republic Records, the LP was written late last year in Joshua Tree. According to a press statement, Ostrander “spent two weeks screaming into a microphone at two in the morning and bleeding all over the guitar strings in between walking his dog under the cool arid night sky and barely sleeping at the ‘weird house’ he rented.”

New single “Automatic” serves as our latest look at Plastic Soul and accurately captures the creative feverishness Ostrander experienced while he was wandering the Southern California Desert. Here, snappy, kinetic percussion and a swaggering coolness often lead to larger-than-life melodic explosions that recall Beck or U2. “It’s the end of the world, and we’re doing it right,” Ostrander sings on one of the track’s most memorable lines.

In anticipation of the release of Plastic Soul and “Automatic”, Consequence of Sound’s own Ben Kaye spoke with Ostrander about Mondo Cosmo’s exponential rise, constantly evolving sound, and the recording process for the new LP.

This time last year, you were Joshua Ostrander, member of the now defunct Eastern Conference Champions, searching for his next musical outlet. Now you’re Mondo Cosmo with a grip of hit singles and a spot on literally — and I almost literally mean literally — every festival bill in the country. What’s that ride been like?

It hit me when we were doing Kimmel about a month ago. I’m standing there watching a dude count down backwards on his fingers and I’m just staring at him thinking … “What the absolute fuck happened here?” – I recorded this song in my guest bedroom – I was working two jobs last year – I don’t even have a full record out – We’ve only played a handful of shows. It’s been nuts. Super humbling.

Maybe more importantly, why do you think you’ve gotten on this ride now? ECC was well-loved in certain circles, but it never really took you on the same trajectory as Mondo Cozmo seems to be. Have you even considered why this project is picking up such greater steam than your last one or do you just appreciate what’s happening?

My manager Melrose always said, if you have ‘The Song’ everything is easy. I loved ECC, it made me the person I am, but I just don’t think we ever had that song to cut through.

I feel like I have to ask this, because as someone who works on this end of the industry, I don’t think I’ve ever seen a new, rising act get such incredible festival coverage. Every time a new lineup drops, I now find myself scanning the lower portion trying to find “Mondo Cozmo,” and it’s almost inevitably always there. How the hell have you pulled off such vast placements without even having a debut LP? Do you just have the best PR and booking team ever assembled? Do you have an inside man at all the major event producers? What the hell’s your secret?

I think somebody owes my booking agent money or some shit. I really don’t know. I can’t answer it. My team is amazing, I know that, but there also seems to be something else at work. I can’t put my finger on it. It feels like a happening and that I’m just along for the ride.

Let’s get down to the music. You’ve demonstrated quite a varied palette with your recent singles — “Shine” and “Hold on to Me” might have the most in common, but neither sound like the electronics in “Higher”, and “Sixes and Sevens” is more punk than any of them. What would you say is the running thread that keeps all these different types of songs cohesive and why do you think you run such a gamut instead of trying to be what some might call more focused? (Some not being me, mind you — devil’s advocate.)

I really just let the songs do the work. I’m such a fan of all music, I pull from so many things. I get bored with doing the same thing. I love the diversity. I love how Beck’s first couple releases were all over the place. I love that he released Mutations when he did. My only real goal from the beginning was, “Will this work on the main stage at Coachella when the suns going down?” That’s the goal.

What about “Automatic”? Can you talk about what this song is about and how it came together?

I follow the prez [Charlie Walk] of my label on Insta. One day he posted a video of himself playing drums, so I sampled those drums and they were the foundation of the tune. I love the vibe. It kills live. My favorite line is, “It’s the end of the world and we’re doing it right.”

Like most of your recent career, things seem to come together pretty fast for you — I read after you delivered “Shine”, your label asked you to get an album together in just two weeks. Did you need to hunker down and write a bunch of material or did you already have stuff primed for an album? Was there any pressure with that timeline and what was the recording process like?

Yeah, when “Shine” hit number 1 on some chart the label asked for a full length, as we were only planning on doing an EP. I was like, “Yep, it will be done in two weeks.” I rented a little house out in Joshua Tree and took my dog and my computer and knocked it out. I have so many songs it really wasn’t that stressful, it was just finding the right ones. I guess to be accurate, it was more like two weeks and 15 years. 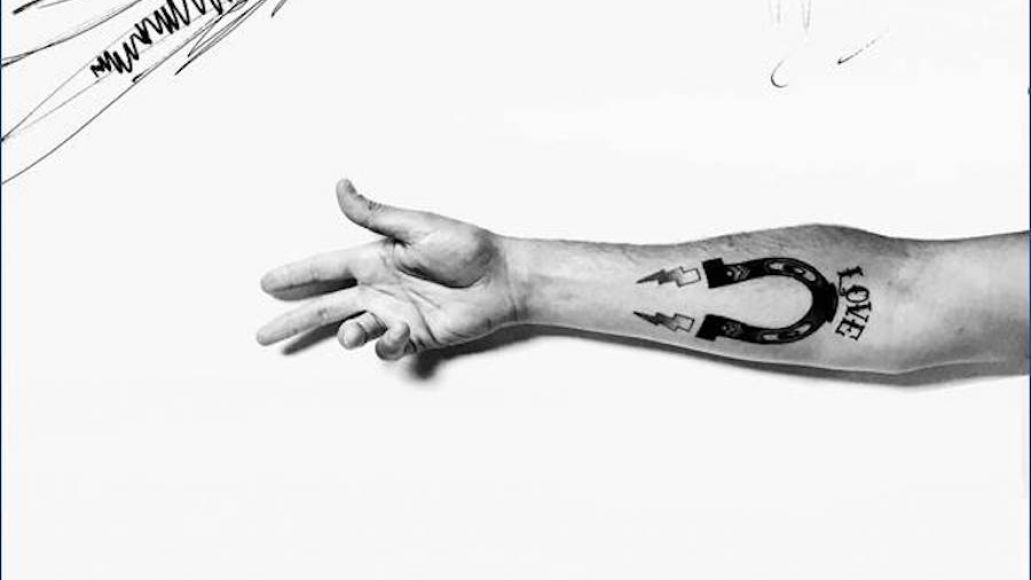