In its first season, Master of None managed to be a lot of things. It was a romantic comedy about the trials and tribulations of modern dating in a big city. It was a pointed look at racial issues coming from the perspective of its star and creator, Aziz Ansari, an Indian-American from South Carolina and son of immigrant parents. It was a series that might have been overly praised because of its underutilized perspective and forgiven its flaws because of its bingeability. And it was a coming-out party for its central figure, a comedian who had already found success as a stand-up, a television supporting character, and a writer. Master of None was a distinct cultural moment, one that seemed difficult, if not impossible, to replicate.

And its second season doesn’t try to recapture past glory. For its first couple episodes, Ansari’s Dev Shah is living in Italy, using his time abroad to mend from his first season-ending breakup while giving the audience further fish-out-of-water cultural humor as an American living overseas. It feels like a momentary reset, to the point that when we find Dev back home in New York City by the third episode, both the character and the show are free to do anything they want. 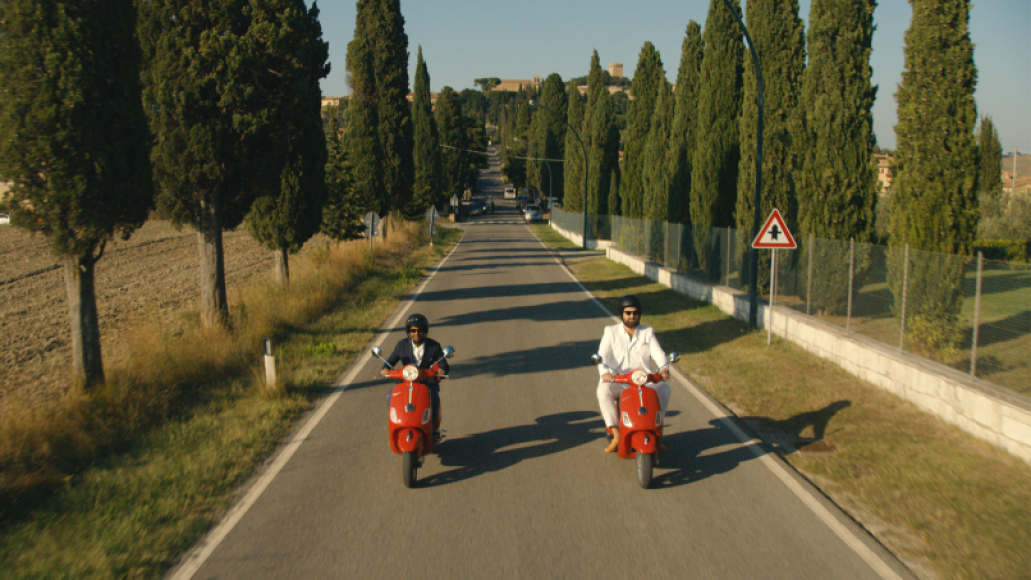 That’s the operative word with Master of None’s second season: freedom. The series never overly relied on plot to move it along, and that continues in these 10 installments. One episode, an ode to Ansari’s adopted home city of New York, almost completely leaves the show’s cast on the periphery, instead presenting vignettes on the people that make the city run — the doormen, the bodega clerks, the taxi drivers. Another standalone examines Thanksgiving over the decades for Dev and his longtime friend Denise (Lena Waithe), with the focus turning away from Dev and zeroing in on Denise’s family dynamic, notably the difficulties for a black woman to come out as gay to her family. It’s a process that is shown to take years, with Denise’s mother (played brilliantly by national treasure Angela Bassett) grappling with the revelation — the writing making sure to note that the experience is different for African-Americans than it is for other groups.

Ansari and his show never shy away from tackling issues that stem from race. Whether it is a commentary on pretending to be more Muslim than he really is to please his parents or noticing a racist piece of art at a hookup’s apartment, but only bringing it up after finishing the hookup, Master of None assembles the actors and writers to approach these subjects with sharp insight. There were moments in the first season where these could feel shoehorned in, but there is a certain ease with which the ideas of Master of None are now flowing, where by the season’s penultimate episode, when the running time swells to an hour, it’s as if the series can’t contain its own wealth of creativity. 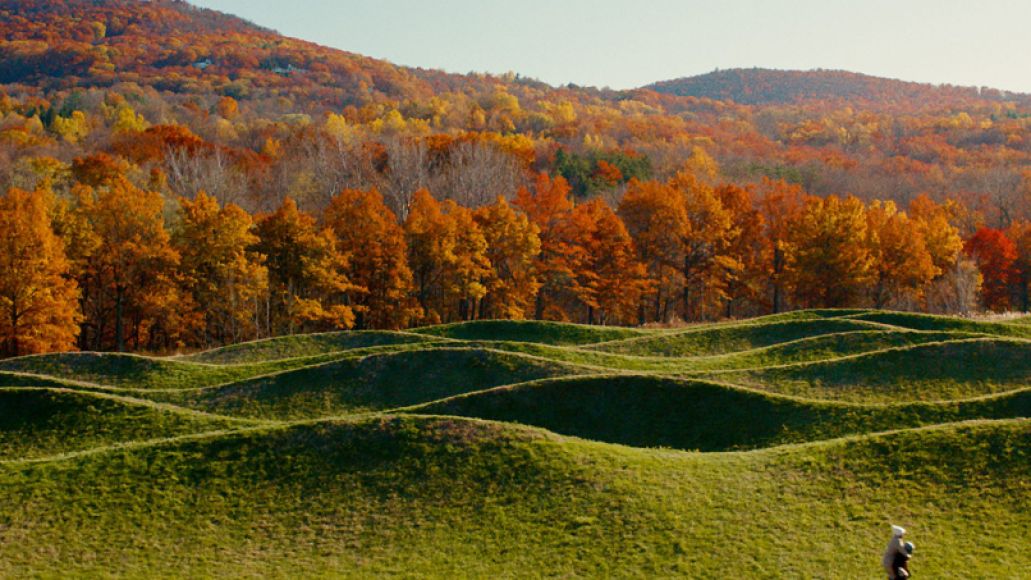 Of course, there still is a central story to tell. This year, Dev returns from Italy to begin putting his life back together following a painful breakup. We catch him using dating apps in one particularly sharp display of the pains people go through sifting through the murky waters of romance, and we follow him finding some more secure professional footing as he’s tapped to host a competitive culinary show, Clash of the Cupcakes. The latter of these story lines allows the show to incorporate cameos from the likes of Raven-Symoné and The Jabbawockeez (!) while a recurring appearance for the prototypically slimy Bobby Cannavale gives Dev the opportunity to turn a love of travel and cuisine into a dream project.

But these are all small potatoes compared to Dev’s big romantic pursuit in season two: Francesca. We first meet her in Italy, and though she has a long-term boyfriend, it’s impossible not to notice the chemistry between her and Dev, accentuated by the camera often holding on her face for just a split second too long. Eventually, she visits New York and spends more and more time with Dev, even as her own relationship progresses to engagement. Portrayed with charm and wonder by Alessandra Mastronardi, the task for the actress is not just playing the object of romance for Dev’s character, but also making the audience fall in love with her. 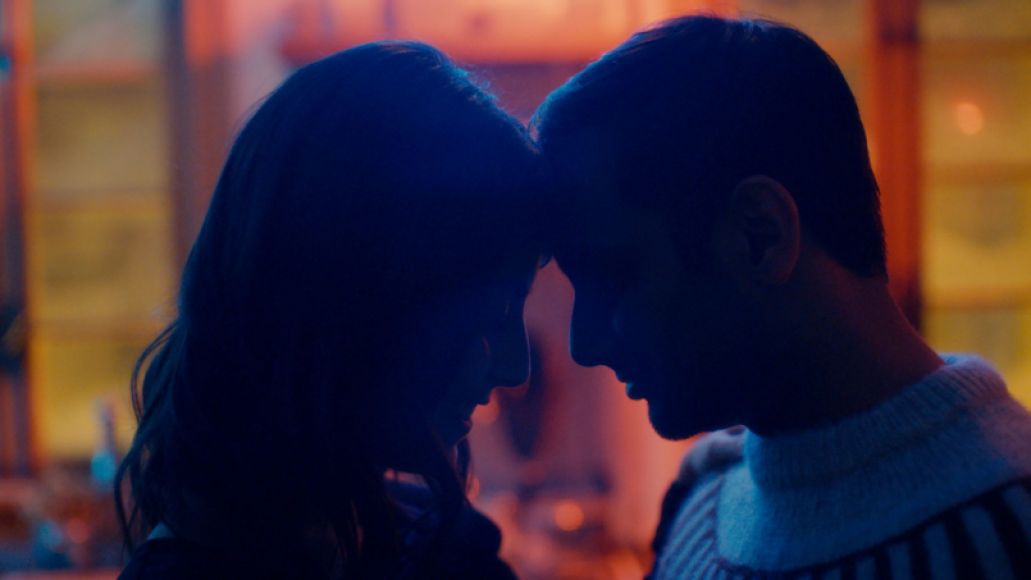 For Dev’s character to pursue an unavailable woman, it has to be sold in such a way that those watching believe they are virtual soulmates; she must be as irresistible to them as she is to Dev. Mid-season, this is brilliantly accentuated at the end of a night together when she leaves a shared Uber, saying goodbye for what will be an indeterminate amount of time as she is about to leave to go back to Italy. Dev is forced to go home alone, and the camera stays with him for the entirety of the ride as he’s focused on the absence of Francesca, who sends one last cute text to him as a farewell. Soft Cell’s “Say Hello, Wave Goodbye” plays as Ansari lets his eyes do the talking, the glow that this love imbued him with drifting further away with each passing moment.

It’s a powerful, smart scene, and it’s not an outlier for the series. Taking cues from the likes of Louie, Master of None lets itself leap past its comedy genre tag and push into something broader and decidedly more artful than a typical sitcom. And when it makes these leaps, it’s remarkably surefooted, self-aware enough to know it is operating on a high level and can stick even the most complicated of landings. This comes into play in the season’s final two episodes, where Francesca romance is pushed to its breaking point, Dev’s career faces danger, and he runs the risk of being in worse shape than he began the season. But with Ansari leading the charge, as true to himself and as earnest as ever, and a formidable supporting cast (we’d be remiss not to mention Eric Wareheim here, who steals every one of his scenes), Master of None thrives in its freedom to not fit into a single mould. It’s still a lot of things, but now it can say it excels at all of them. In a word, it’s masterful.

Netflix's Master of None Is Masterful in Second Season