Set the controls for the heart of every Pink Floyd fan: We’re celebrating Roger Waters’ highly anticipated return with a week of Floydian features that will make you wish you were here forever. Today, we revisit our definitive ranking of every Pink Floyd album from worst to best.

And so, the final bell tolls over the career of Pink Floyd. Spanning six decades, 15 studio albums, and five band members, the legendary UK outfit’s career is both elevated and stained by the excess of genius. Each member was a savant in their own right and extraordinary as both a performer and composer. Yet, such talent inevitably warrants a touch of madness, as proven by the group’s extraordinary highs and excruciating lows. Throughout their sordid career, the band fought against label expectations, their own fame, the interior of their minds, and each other.

This endless conflict, however, influenced some of the most moving and beautiful rock music ever recorded. At the center of every delicious pop melody was the ashy taste of personal excoriation: Syd Barrett, Roger Waters, David Gilmour, Nick Mason, and Richard Wright each took a turn burning their interior selves to the ground, all before they built themselves up again. They did more than write songs; they projected personal yet universal thought patterns into the world, altering the history of music, art, and expression.

With the release of their fifteenth album, The Endless River, the powers that be have declared the end of Pink Floyd. In honor, we take this opportunity to reflect upon the long, fruitful career of a band that was always too smart and too daring to live forever. 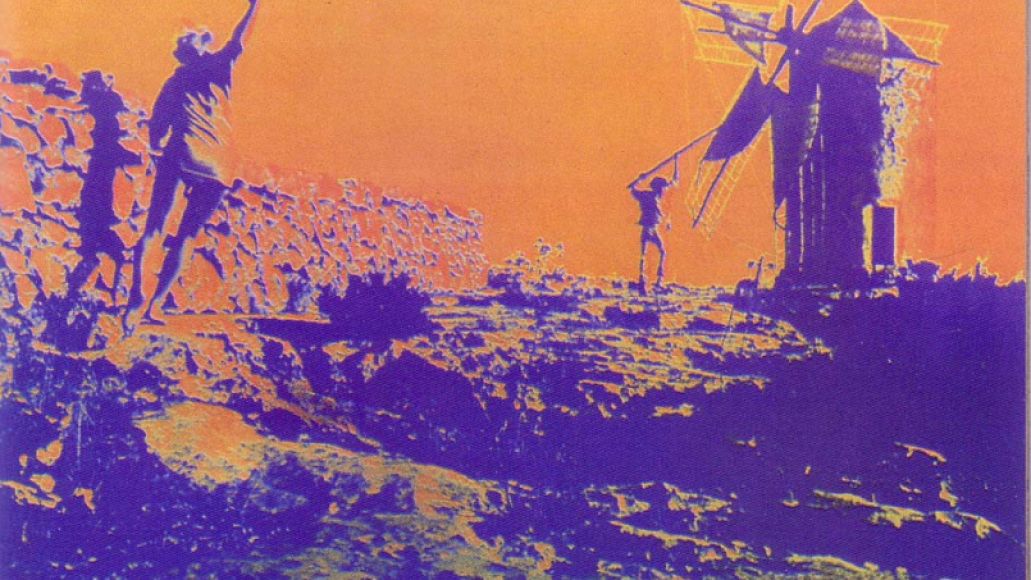 Pink Floyd’s third album is also its first without erratic founding member Syd Barrett, and it finds the band leaning heavily on recent addition David Gilmour. The results are wildly uneven, with psych-tinged, pastoral folk ballads pressed up uncomfortably against avant-garde sound experiments. Barrett’s heavy drug use is often cited as a reason for him leaving the band, so it’s richly ironic that their first album without him is the original motion picture soundtrack for More, a French film that depicts the unraveling effects of drug addiction. It’s likely that Barrett’s presence would have made the record a more consistently relevant one, though it’s even more likely that things would have unraveled at the seams. And for all of its flaws, when More hits, it hits hard. “The Nile Song” is a full-steam-ahead rocker that bridges the gap between the reckless abandon of “Interstellar Overdrive” and the beginning of the steadier (though equally fertile) Gilmour/Waters era. If this is as bad at it gets, we’re in pretty good shape. 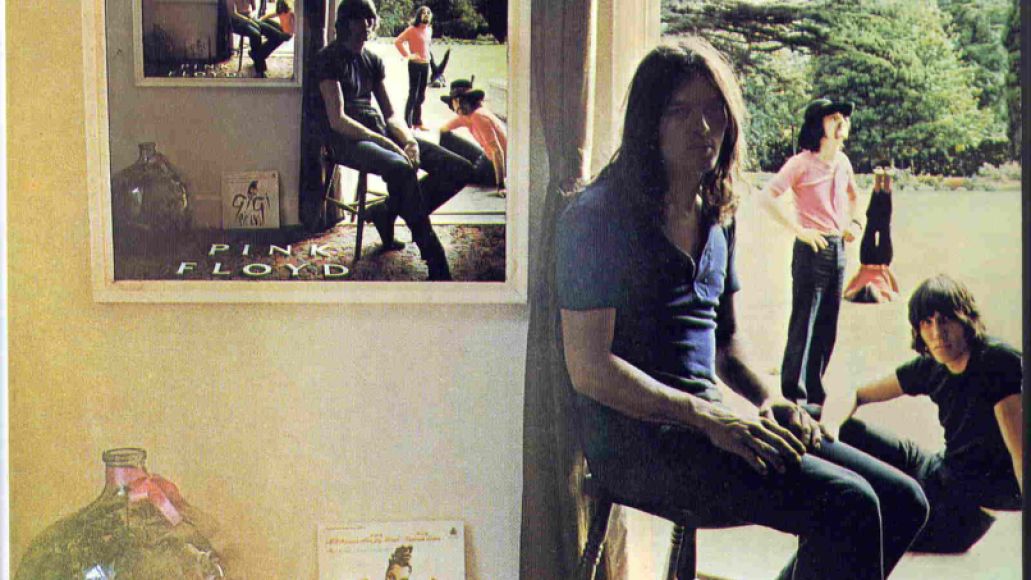 Ummagumma may not be the worst record of Floyd’s diverse early days, but it’s likely their most scattershot. It’s a double album, the first part of which features live versions of classics such as “Careful with That Axe, Eugene” and “Set the Controls for the Heart of the Sun”. The second record, though, is all original studio work with a quirky, ill-advised concept: four solo LP sides from each of the four members of Pink Floyd. The results of this avant-garde experiment are pretty wide-ranging: some gorgeous (Rick Wright’s piano-laden “Sysyphus Pt. 2”) and some downright ridiculous (Nick Mason’s six-minute, percussion-only “The Grand Vizier’s Garden Party, Pt. 2 – Entertainment”). 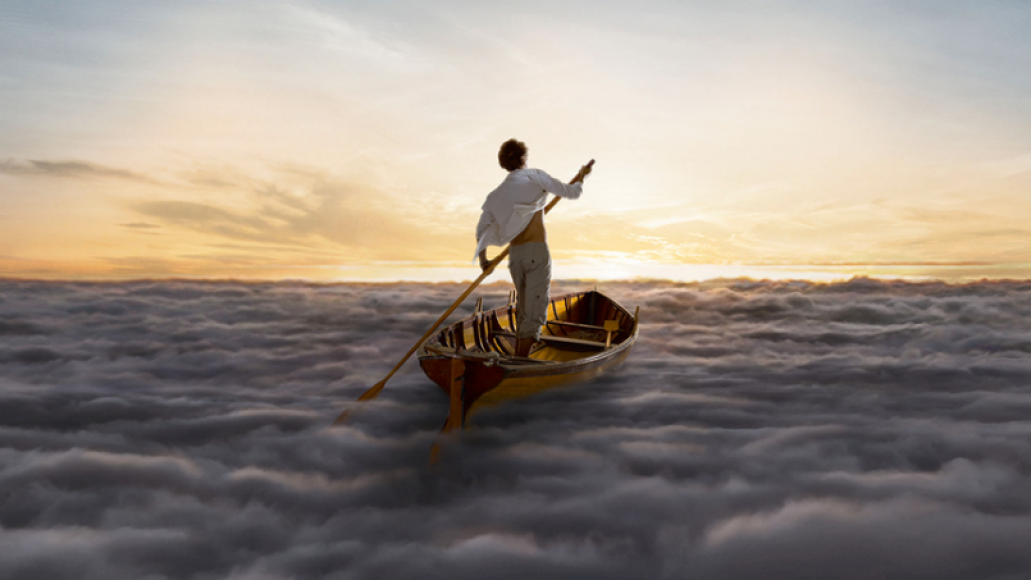 In many ways, the jury is still out on The Endless River — Pink Floyd’s self-proclaimed final record, culled from 20 hours of unused music from The Division Bell sessions. In my recent review of the album, I explored the quandary that the album represents: whether it’s an apt closing note for Pink Floyd or simply a very high-end collection of outtakes. Though the album recycles and nods to many of their previous works, it still stands as a provocative collection of music, and does eclipse some of Floyd’s lesser albums in terms of quality.

In The Endless River, Gilmour, Mason, and Wright star as definitive purveyors of the band’s iconic sound; tracing through Division Bell to Saucerful of Secrets. The album acts in many ways as a love letter to Wright – highlighting his wealth of work from the ’94 sessions all the way to the inclusion of an archived recording of his organ playing at Royal Albert Hall in 1968. The track’s title, “Autumn ’68”, acts as a nod to the Wright-penned “Summer ’68” from Atom Heart Mother. Its intentions and sources are varied, but The Endless River offers a uniquely Floydian soundscape: moody instrumentals harkening back to their jazzier, proggier days. 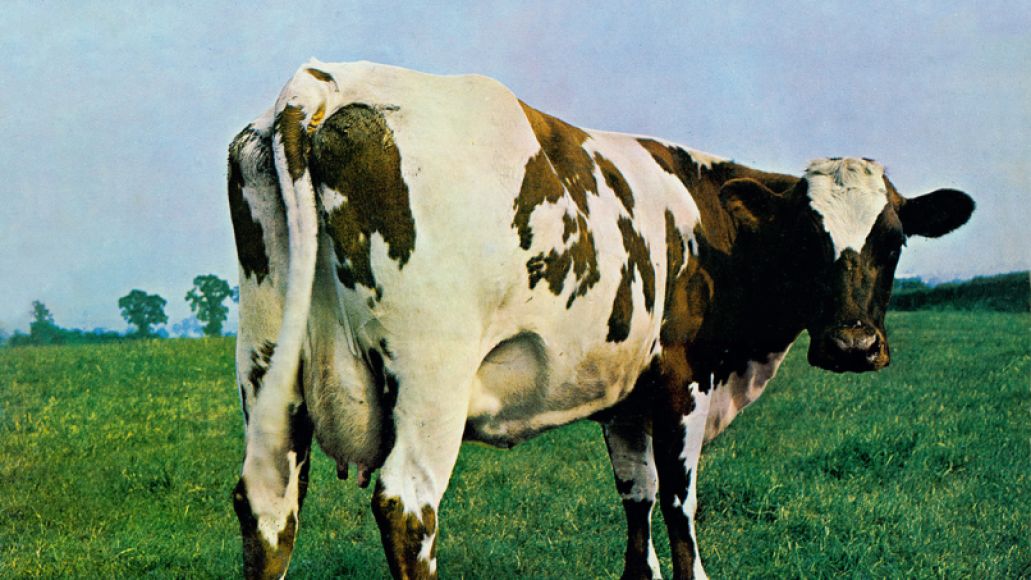 The greatest weakness of Atom Heart Mother is also its greatest strength. The titular suite is over 23 minutes of stunning orchestral bombast. It rises, falls, and offers slick guitar, swinging bass, and organ work. A chorus sings gibberish as washes of psychedelic errata zoom in and out. It’s not the kind of song one throws on casually, but it’s truly an impressive work. Yet it also serves as a roadblock to the album’s semi-hidden treasures. If you’re not feeling the suite, you’re likely to change the record before finding the second side’s slick 1-2-3 punch. Following the rough structure of Ummagumma, side two offers three pop rock tracks composed by each of the band’s members. Roger Waters’ deliciously sweet “If” is one the band’s best least known tracks. “If” is followed by Richard Wright’s “Summer ‘68” and David Gilmour’s “Fat Old Sun”. All three are decidedly pleasant pop tunes that warrant a good listen. (Interesting moments aside, the less said about Nick Mason’s “Alan’s Psychedelic Breakfast”, the better.) The low place of Atom Heart Mother on this list is less an indictment of the album than a testament to the extraordinary music Pink Floyd would produce in the coming decades. 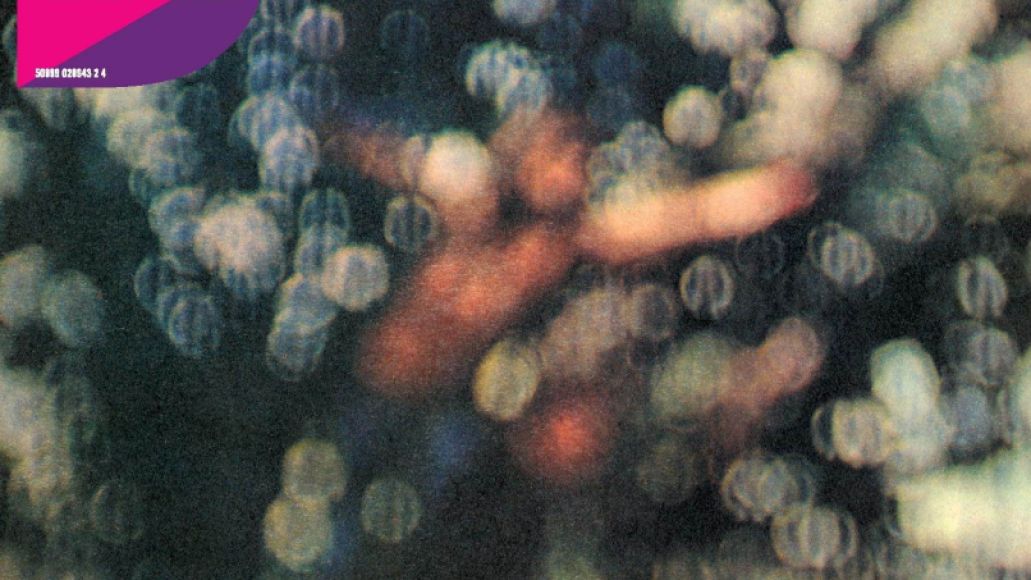 Pink Floyd’s second collaboration with Franco-Swiss director Barbet Schroeder is less uneven than the first, though this soundtrack to French film La Vallée is not without some peaks and valleys of its own. Interestingly, the material for Obscured by Clouds was written and recorded when the band had already begun working on the seminal Dark Side of the Moon. Touches of that classic album are apparent in the dreamy soundscapes of “Burning Bridges” and “Mudmen”, though to call Obscured by Clouds a preface of anything meaningful is revisionist history at best. For every “Burning Bridges” or “Wots … Uh The Deal” (the latter a beautiful, slightly playful Gilmour ballad), there’s a forgettable instrumental that belies how rushed this recording session was for the band. Granted, the only truly unforgivable song on the album is “The Gold It’s In The…”, a by-the-books rocker that sounds suspiciously like a few of the tunes on The Beatles’ White Album. In any case, it’s not Floyd doing what Floyd does best, and it would soon be all too appropriately obscured by the band’s first bona fide classic.

Ranking: Every Pink Floyd Album from Worst to Best