To celebrate Pearl Jam turning 30 this year, we’ve been sharing content both old and new all month long. After you see what we think of Gigaton, be sure to read our definitive ranking of PJ albums and check out loads of other content here. Below we revisit our Top 10 Grunge Albums of All Time.

Editor’s Note: Part of the fun, and horror, of running a publication like Consequence of Sound comes with occasionally traveling back in time, to a much different time, when an old piece of yours surfaces for some reason. This list comes from 2009, when a couple of college buddies thought to make a list about records they grew up on. Like anyone looking back at a much younger, inchoate version of themselves, we can’t account for all the writing, the musical taste, or even our haircuts back then.

So, while we’ve shuffled the list, welcomed some and dismissed others, and I’ve come on to fill in some of the gaps, this article largely remains as it did when we were just dumb kids who thought the world might care what we thought about music. Looking at our original list, damn, were we wrong. That all of you have, for some reason, cared over the years, well, we were humbly surprised by that. In other words, thank you.

Do you remember the early ’90s? C’mon, think a little… it wasn’t that long ago (and things haven’t really changed all that much, either). It was a prosperous time! The Simpsons, Melrose Place, and Beverly Hills, 90210 had all started their reign on television (aka the FOX invasion), the ’80s still bled into culture only with hotter colors, and America considered the Middle East a plausible area for democracy. Funny how things change, huh?

Well, if you really dig deep — and squint between the cracks — you’ll recall the “grunge” era. It didn’t last long, maybe a peak of two to three years at best, but it happened. Thanks to the media’s liberal practice of labeling, the socially engaging and musically thriving scene of the Pacific-Northwest was referred to as the “grunge scene.” So, despite the scoffs and disgust of “those in the know,” that’s what fans and journalists alike have come to call the music… “grunge.”

The thing is, it really can’t be lumped into a genre. Do Alice in Chains and Nirvana sound similar? No. Hell, they don’t even really come from the same place, either. However, the two just happen to share some obscure genre. What makes this title so important, however, is that it represents a particular sect of time, and much like describing the unique features and characteristics of non-practicing Jews, it’s a “cultural thing.”

With that in mind, we’re tallying up the best of that short era. Agree, disagree, or throw in your own philosophies on why grunge is a nonexistent label. Hell, we’ll probably agree with you. Whatever the case, hopefully this list will help you dust off that crumbling plastic stack of CDs you left on your bookshelf to decay somewhere in your mother’s house.

And if you really feel inclined, you can throw on that flannel shirt of yours, too. 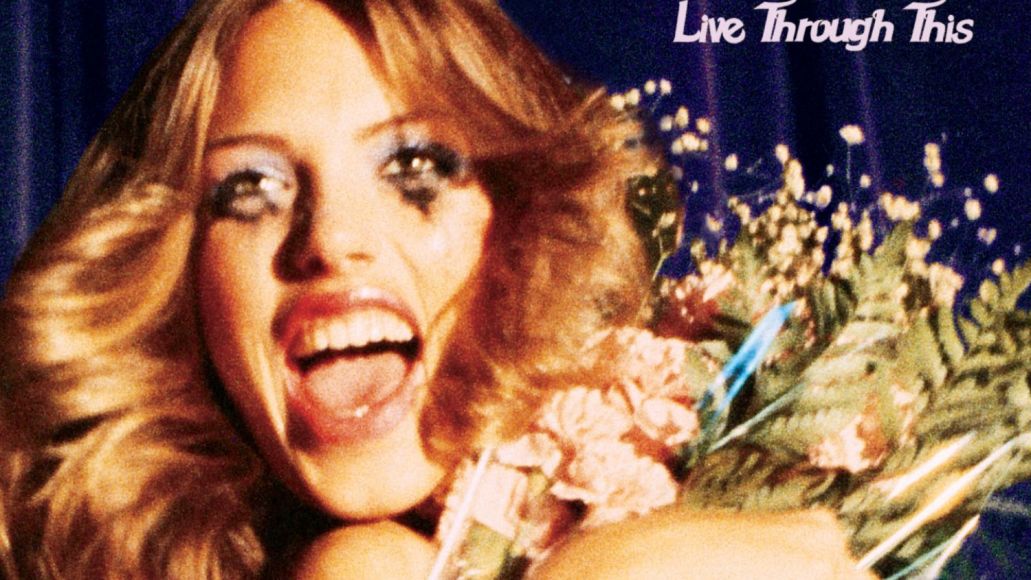 Live Through This wasn’t originally on this list a decade ago. I mean, there are only so many spots on a list, right? Someone has to get left off; it happens. But let’s be real for a second. A decade ago, we’d probably as soon have published a dumb Courtney Love joke as make sure Hole got its due on this list. That’s just the sad truth. Hardly anybody has taken a public beating and been the butt of as many jokes as Courtney Love — run through the ringer at her most vulnerable and demonized and humiliated for the same personal problems for which we’d be urging others to get help. That said, Live Through This absolutely belongs on this list or in any discussion about the best records coming out of the grunge scene in the ’90s. Bringing issues of motherhood, depression, abuse, and body image to the forefront, songs like “Doll Parts”, “Violet”, and “Asking for It” brought an alternative voice to the scene with all the ferocity of the band’s peers. All apologies for the unwarranted delay. –Matt Melis 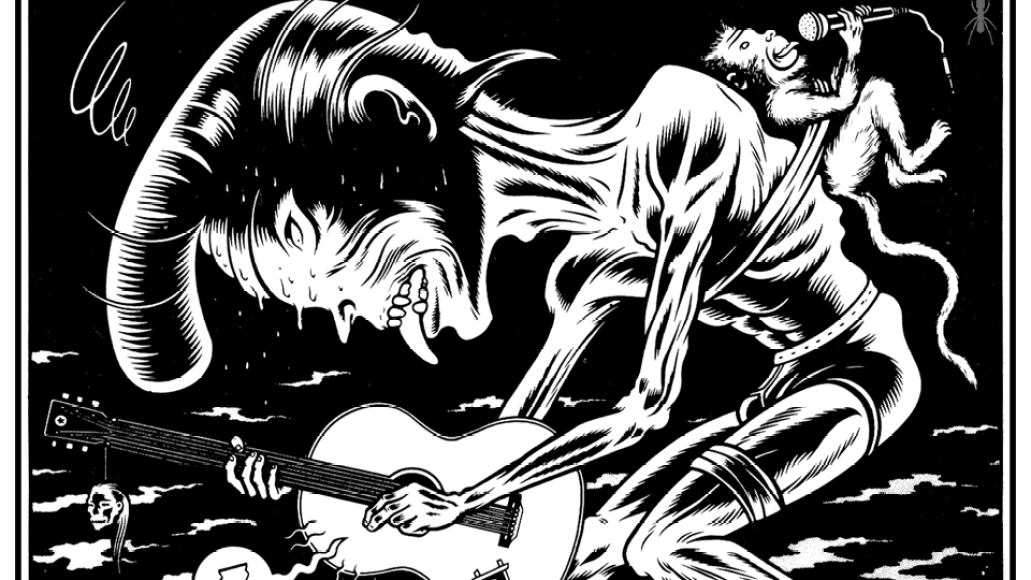 Shitty label or not, grunge in itself was a scene, and if one record label or group is responsible, it’s certainly good ol’ Sub Pop. Long before they fueled today’s modern youth with bubbly indie rock, the longtime Seattle label issued some of the hardest, heaviest, and rawest collections of work from the very streets that put ’em in business. This second issue, which followed 1986’s Sub Pop 100, established the scene and precedent for grunge music. A bible, in some respects. From Nirvana’s “Spank Thru” to Green River’s “Hangin’ Tree”, anyone who was anyone could find solace in knowing their emerald city was hard at work again musically. Good luck finding this baby, especially on vinyl where it belongs. –Michael Roffman 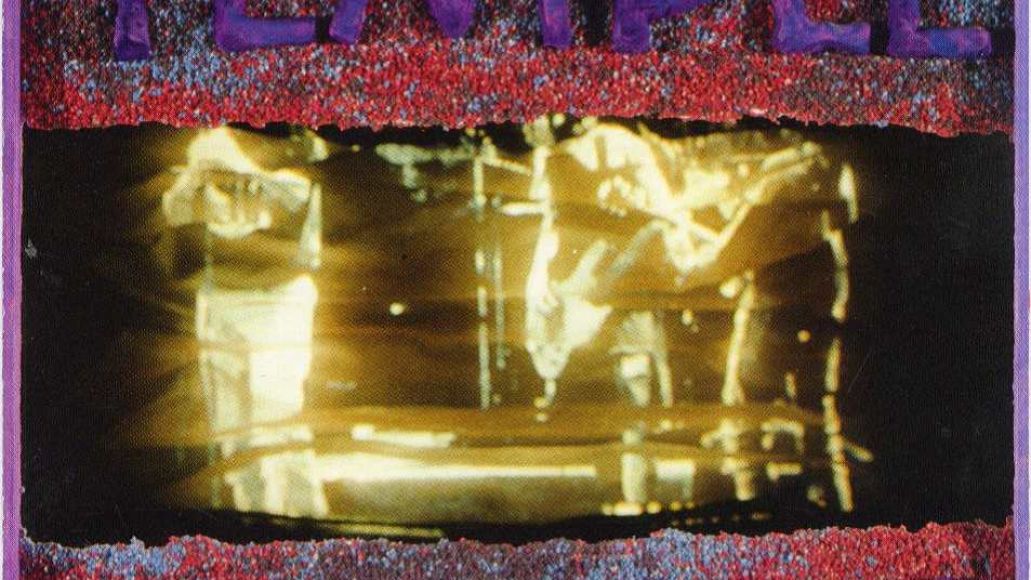 Grunge might have been a bullshit label, but the intentions were there. This was a unified scene, fully realized in one thing: chaos and independence. Temple of the Dog, while not grunge in sound per se, symbolized the hand-to-hand camaraderie that the Seattle scene capitalized on. It’s also just really damn good, too. Grunge’s first supergroup and big-time collaboration following mainstream success, songs like “Say Hello 2 Heaven”, “Reach Down”, “Call Me a Dog”, and iconic single “Hunger Strike” all bled with emotion and vitality — in due respect to Mother Love Bone singer Andrew Wood. And though Mother Love Bone were never qualified as grunge per se, it’s this tribute record that scrounges up the parts and assembles something that squeezed into the genre. If there was ever a record that just said, “Here’s that Seattle Sound I was talking about,” this would be the record to show. Its sound mirrors Ten, but it’s the emotion between the lyrical and musical lines that cries out, “This is more than music; it’s our goddamned life.” –Michael Roffman 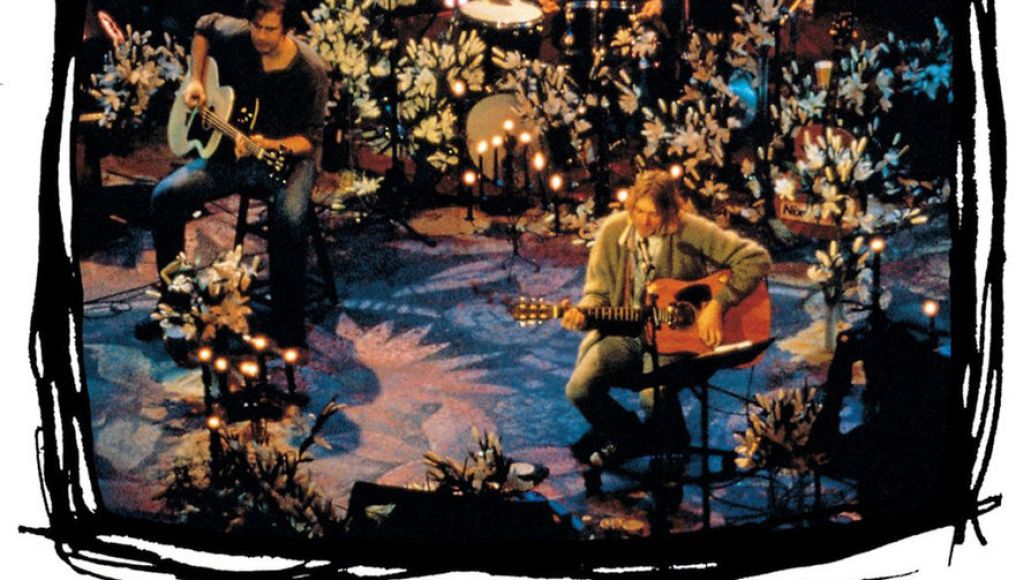 One of the first times a grunge band really stepped out of its comfort zone, and the result was some of Nirvana’s best work. The real shame is that on record, you can’t see Cobain’s, or the band’s, reaction shots. If you can, try and find a video of “Where Did You Sleep Last Night?”. There’s a moment when Cobain just lets loose at the end. When he pauses to take a breath, there’s this look on his face, a shocked expression, as if life just left him. Few moments of Cobain that raw have ever been captured, and while you can’t see that on record, you can feel it. Each song is dipped with this somber presence, something that lingered even then before the world would come to cry at the infamous shot heard ’round the world. It’s the feeling of a band in its prime, ready to bow out, and yet absolutely content with doing so. Think of it like The Beatles’ rooftop performance. –Michael Roffman

The label “grunge” hardly makes sense when no two principal bands made to stand under that banner really sound or look anything alike. Alice in Chains owes more to metal than emeralds and, vocally, are Seattle and alternative rock’s answer to The Band. And Dirt, well, let’s just say that if a project like Temple of the Dog was about healing and celebration and a Screaming Trees song like “Dying Days” acted as a walk through the ghost town Seattle came to be by the mid-’90s, then Dirt crumbles as one of the warning signs that we all missed. The record couldn’t be named more appropriately, a filthy, wallowing cesspool of Jerry Cantrell riffs and demonic harmonies alongside doomed frontman Layne Staley, who sounds equal parts fragile and damned as he drags you “Down in a Hole” through his own drug-fueled abyss. By the time he reaches out on closing anthemic plea “Would?”, we’re not quite sure if anything could actually help him. Twenty-five years later, we’re still picking the dirt from under our fingernails, not sure if a band’s naked pain should be ours to spin at our leisure. –Matt Melis