It’s been nearly two years since Lana and Lilly Wachowski joined forces with Babylon 5 creator J. Michael Straczynski to deliver Sense8 upon Netflix subscribers back in the summer of 2015. While we were given a Christmas special late last year, the wait has been a long one for those prone to binging shows on their various streaming services. We can happily report that not only is season two back, but if its first two episodes are any indication, its return will have been well worth the wait.

The Gang of Eight are all accounted for, as well as their most steadfast friends and lovers. Intriguing new storylines are introduced to add a bit of history to the sensates’ science, as well as intermingling with other clusters. Storylines reach satisfying conclusions (let’s just say things aren’t as dour as they were on Christmas). It gets soapy, it gets heady, it gets hella sexy (cut to Wolfgang on rooftop with mystery woman), but above all else, it gets quite awesome. Hot take: This is peak Wachowskis. They’ve parted from the campy FX that dominated flops like Jupiter Ascending and Speed Racer, found a home with humanity over bullet time (this writer’s anti-Matrix), and mercifully left out A-list actors in yellowface (Cloud Atlas). 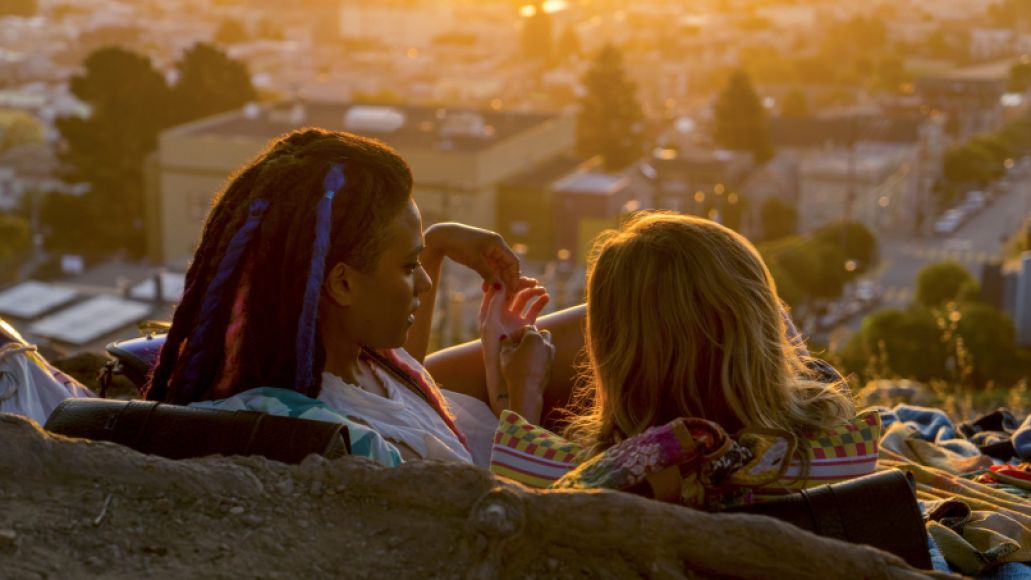 If you haven’t seen Sense8 and are puzzled by terms like “sensates” and “clusters”, here’s a helpful plot summary courtesy of our good friends at Wikipedia: Sense8 tells the story of eight strangers: Capheus, Sun, Nomi, Kala, Riley, Wolfgang, Lito and Will, each from a different culture and part of the world. When the eight suddenly experience a vision of the violent death of a woman called Angelica, they discover that they are “sensates”: otherwise normal humans linked with a mental and emotional connection, making them able to sense and communicate with each other, as well as share their knowledge, language and skills. While trying to live their lives and figure out how and why this connection has happened and what it means, they are aided by another sensate, Jonas, who is trying to protect them from a similarly empowered sensate called “Whispers”, who leads an organization that hunts down his own kind by tapping into their psychic link.

“Holy shit”, right? Admittedly describing the plot of Sense8 is as difficult a task as trying to explain just how awful Rob Zombie’s 31 is: a lot of words are involved, some technical, but ultimately you just have to see it for yourself. So it goes with the Wachowskis’ compelling show about an imagined evolution and the lengths people will go to extinguish it. 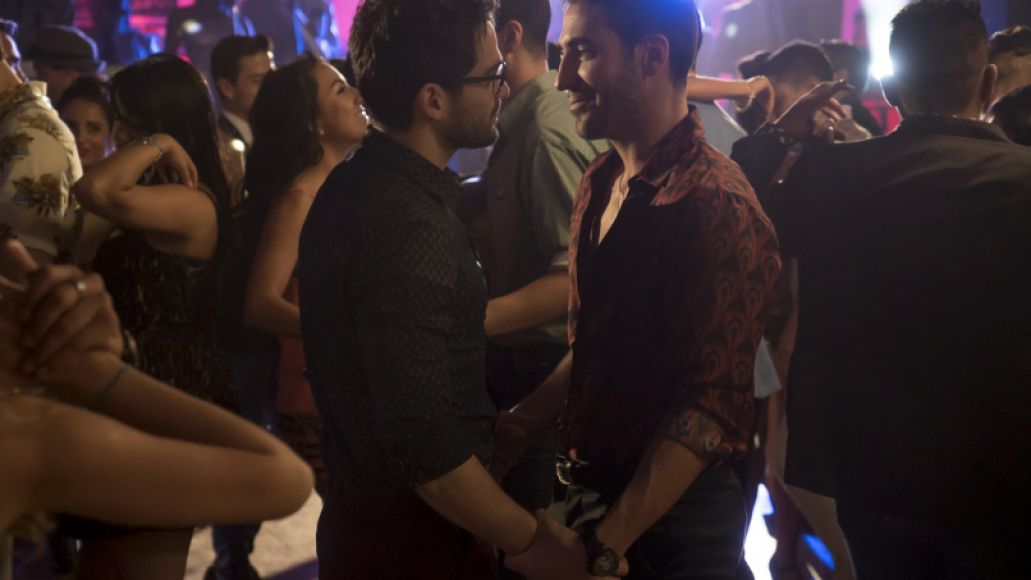 The group’s struggles are usually the result of others’ malicious deeds, but their triumphs come down to their unflinching willingness to work together. German gangster Wolfgang (Max Riemelt) is in a pinch? Here comes kickboxing Korean businesswoman Sun (Doona Bae) entering his consciousness to help kick some ass. Is Sun having some trouble bullshitting with someone? Here comes Mexican action-star Lito (Miguel Ángel Silvestre) to smooth things over. Lito unfairly forced to explain his sexuality? African bus driver Capheus (Toby Onwumerewill) will jump in, provided Lito does the same for him on the other side of the globe.

Every person in this cluster offers a special skill, and while the above are certainly street-smart, others are there for more scientific needs. American transwoman Nomi (Jamie Clayton) is there for all their hacking needs (used to highly-amusing effect during the season premiere). The sensates can count on medical assistance from Indian doctor Kala (Tina Desai). In the only instance of sensates being together in the same physical place, Icelandic DJ Riley (Tuppence Middleton) is there to take care of drug-addled Chicago cop Will (Brian J. Smith). 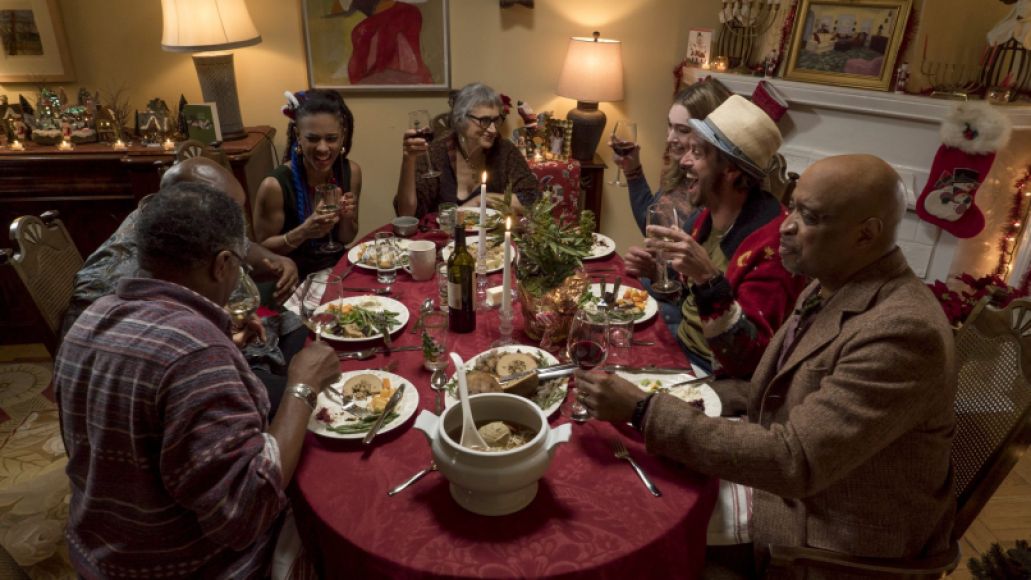 Look at the personal issues some members of this special group had to deal with before they were aware of one another. Nomi’s parents wanted to institutionalize her because she identifies female. Lito was afraid to come out of the closet for fear of his fans abandoning him. Riley dealt with the loss of a child. There’s poverty and family betrayal. There are those on the right and wrong side of the law. Sexism! Racism! Despite it all, each sensate recognizes something in the other that helps them get through their varying ordeals, and more importantly (gasp), learn to love the other despite their many differences.

Where is this world?

Our world is in such a sorry state that we have to look to science-fiction in order to make sense of these relationships. For many on the left, simply being a cop is a damnable offense these days. For many on the right, the same goes for being part of the LGBTQ community. Kill the Muslims! Bomb the White House! Bomb everyone! Such is our shoot-first-ask-questions-later reality. The Wachowskis and Straczynski feel the hate and the judgment in our world, however, they’re determined to show possibility. 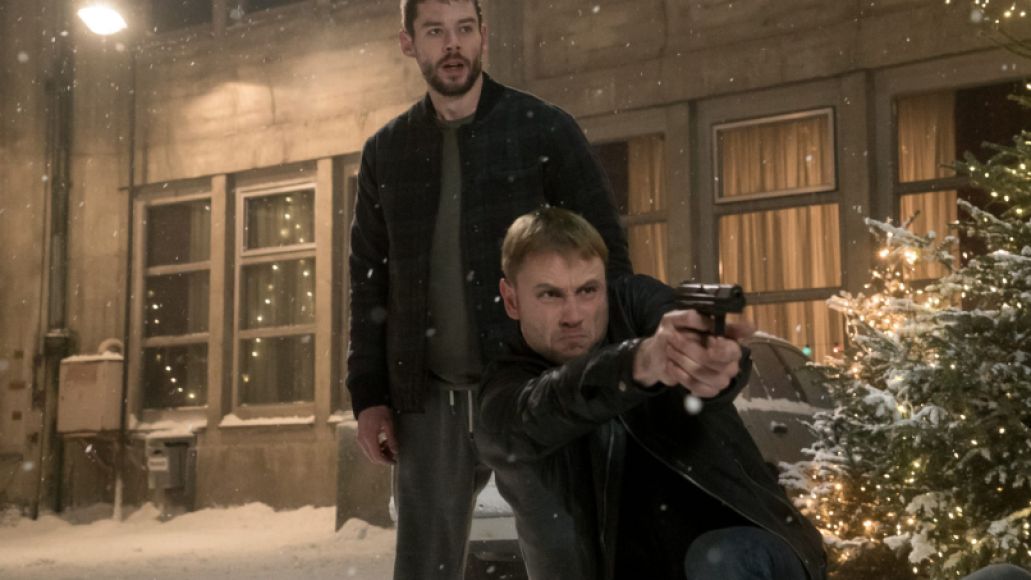 The relationships we see in Sense8 are absolutely possible if we put aside rejection and prejudice. This isn’t just in reference to the sexual tension between Wolfgang and Kala and the physical one between Will and Riley. This refers to the friendships that build little by little between Nomi and Lito, between Capheus and Sun. What should be basic, human interaction seems so foreign and far away here, making it fascinating to watch unfold. Everyone is taken out of their comfort zone, and while some find themselves in worlds they’ve dreamed of reaching, others find themselves in places they’d fear to go. It’s all there on the screen. The relationships in Sense8 form an ideal utopia within an otherwise chaotic world. Most of the sensates represent the “other”, the ones who threaten preconceived notions of “normalcy” even though they do not pose a threat. They want to lead their lives and can’t understand why those in charge won’t let them.

These blatant analogies are by design. In a 2015 interview with The Independent, co-creator Straczynski says that “one thing that the three of us have in common is the belief that tyranny succeeds when it manages to divide us along gender, party or other lines. We feel strongly that we’re better together than we are apart, that what binds us — the common coin of our shared humanity, our dreams and hopes, is stronger and more important than what divides us.” If you don’t agree with the Wachowskis’ and Straczynski’s views on inclusion and prejudice, odds are you won’t enjoy the series.

Worldwide rallies in response to both the recent U.S. election and Brexit indicate that a more positive change may be on its way, even if it involves a lot of “hurry up and wait.” Television shows shouldn’t be depended upon to teach us how to act as a society. When they do, you could do far worse than to listen to overarching lessons taught within Sense8, namely the belief that we are stronger together.