There are two festival seasons. One in which festivals actually take place, which has just recently begun with SXSW, Coachella, and a few other smaller events, and one in which festivals announce their lineups. In terms of festival lineup announcements, we’re nearing the finish line, with just our fall events holding out on their bills.

So what have we learned this year? For one, we now know there is only one Beyoncé, and no other artist in music comes close to the prestige she momentarily brought to festival season. Sure, Lady Gaga did a fine job in her stead, but once Beyoncé made it clear she would have to postpone her Coachella appearance, there was a collective realization that no one can really replace her.

On the other hand, 2017 has also been notable for the range of artists we see headlining. Though the middle of lineups can feel a little redundant at times, we’re still getting artists like The Who at Outside Lands, Childish Gambino at Governors Ball, Missy Elliott at FYF, Jawbreaker at Riot Fest, and Kendrick Lamar’s DAMN. release performance at Coachella that prove festivals can still offer their own unique flavor in a crowded market. Add to the fold that some of the biggest rock bands on the planet (Radiohead, Foo Fighters, Arcade Fire, Tool, and Nine Inch Nails) are currently headlining fests while we’re currently witnessing an influx of new festival headliners (Lorde, The xx, Frank Ocean, and Chance the Rapper), and you’ve got a pretty eclectic assortment of top-line talent. 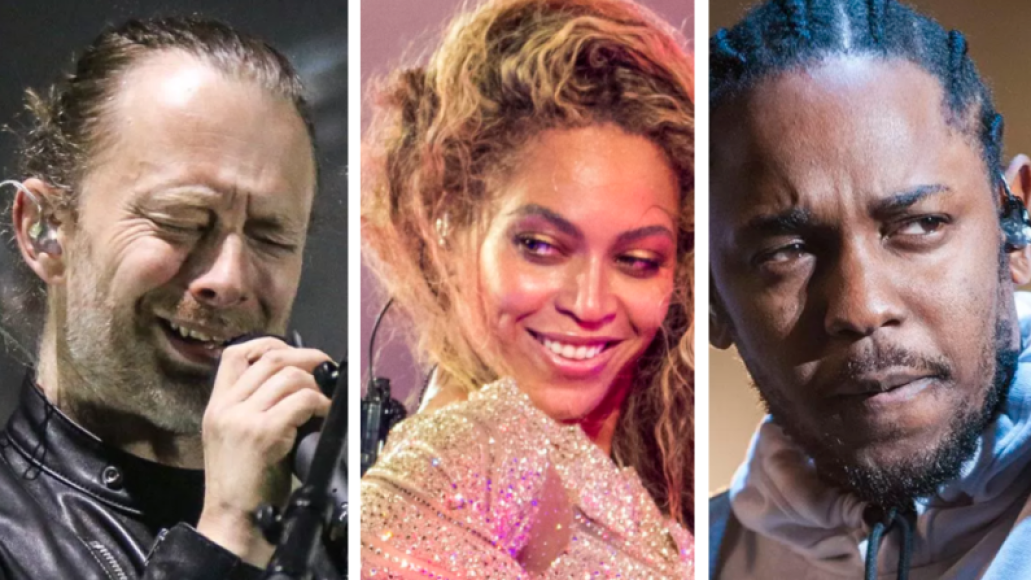 Why, then, do festival lineups seem off? Part of the reason might be a lack of noteworthy reunions happening this year. What was typically a major part of festival season reveals is now running low on groups it can get back together. And there is also a disconnect in when artists are releasing new music versus when they are actually playing music festivals. We saw just how exciting it can be when an artist like Kendrick Lamar uses a music festival to debut new songs right at the time of their release, but not many other artists are following suit. Look how it took Frank Ocean nearly a year to take his recent records on the festival circuit. Same with A Tribe Called Quest. Festivals are often feeling a step behind the music conversation, and thus struggle with maintaining relevance.

With all this in mind, our latest round of rankings represent a range of festivals doing something right and are noteworthy for taking place across three continents, in numerous time zones, and all with their own distinct vision of what a festival should be. There are certainly more festivals than this that excite us, but these 10 are setting the bar high.