Summer hasn’t even officially gotten into gear yet, but it’s never too early to plan for the season’s last hurrah. The glorious city of Chicago is the perfect place to celebrate the close of the season, and there’s no better way to do it than at North Coast Music Festival. Held over Labor Day weekend (September 1st-3rd) at the city’s Union Park, this year’s event is going to be another great summer sendoff.

Headliners include Deadmau5 & Eric Prydz, Ween, and Damian “Jr. Gong” Marley. The rest of the bill is filled out by the likes of Big Boi, STS9, Gucci Mane, Bonobo (live), Joe Russo’s Almost Dead, Post Malone, Carnage, Tipper, Skepta, Badbadnotgood, A Tribe Called Red, Goldfish, The Cool Kids, and more. Even better, there are at least five names that haven’t been announced yet, including a major addition to Sunday’s lineup, so you can count on that bill getting even better as the festival inches closer.

Still, even without the fully revealed lineup, we know you want to spend the last stand of summer in Chicago, so we’re giving away one (1) pair of GA passes to this year’s North Coast fest. To enter, simply fill out the widget below.

Winners must provide their own transportation and accommodations. Entry automatically enrolls you in the Consequence of Sound news letter. 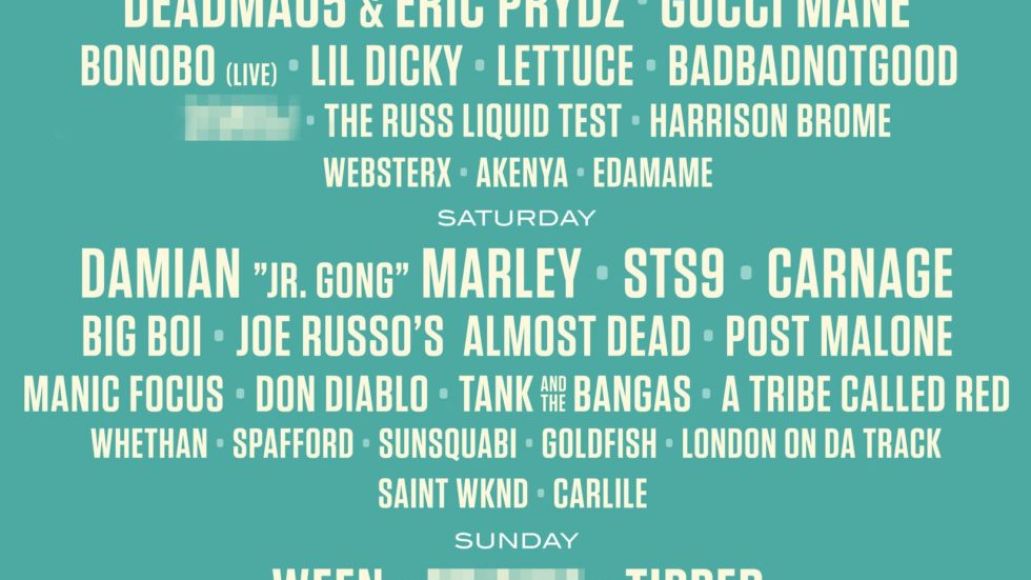