Meet Me in the Bathroom is a spectacular new oral history tracing the New York City alt-rock scene in the first decade of the 2000s. To tell the story, author Lizzy Goodman spoke to hundreds of musicians, journalists, promoters, and record executives, including more reclusive figures such as The Strokes’ Julian Casablancas, The White Stripes’ Jack White, and LCD Soundsystem’s James Murphy. Casablancas’ Strokes bandmates, the members of Interpol, Yeah Yeah Yeahs, The National, The Rapture, and TV on the Radio, Mark Ronson, Moby, The Moldy Peaches, comedians David Cross and Marc Maron, journalist Rob Sheffield, and Murphy’s co-founders of DFA Records are among the many other names who provided first-hand accounts to Goodman.

Meet Me in the Bathroom was released late last month via Dey St., and it’s available for purchase at Amazon and all bookstores where fine books are sold.

1. Ecstasy was instrumental in James Murphy’s discovery of dance music.

Tim Goldsworthy (DFA co-founder): “I guess James probably got clearance from his therapist that he should do some ecstasy … So one weekend, James decides that he can do it, and he buys about 20 packs of Juicy Fruit because he’s heard or read somewhere that you chew a lot of gum when you’re high. Within the first hour, he’s so excited that he’s handed out his chewing gum to everybody in the club, so there’s now a whole nightclub full of people chewing Juicy Fruit.”

David Holmes (DJ): “I watched his life completely change in that moment and it was beautiful.”

2. Julian Casablancas never aspired to be a rock star.

Julian Casablancas: “The dream for me was to be in a band like Guided by Voices or Built to Spill and just be big enough to have a fan base and be able to do it for living. That was the goal, and it wasn’t anything beyond that.”

Matt Berninger (of The National): “After that show, I saw them play at Don Hill’s; everybody went to Mars Bar and they were there too. I remember Julian Casablancas looking down the bar at the girl who I was with. He was looking at us and giving her bedroom eyes. I was like, ‘Jesus Christ, this guy can do anything!’ Like, literally, if he had walked up and kissed her, she would have walked out the door with him, you know? I was like, ‘Fuck, that guy is cool.'”

4. Jack White was “bummed” when he saw Yeah Yeah Yeahs setting up to open for The White Stripes.

Nick Zinner (of Yeah Yeah Yeahs): “I remember they were nice, but when we were setting up, Jack was really bummed that there was another band without a bass player opening for them.”

Jack White: “Our band’s problem in the early years was that local promoters would say, ‘Oh, wouldn’t it be cute to put our local two-piece band on there to open for them?’ Or ‘The White Stripes must hate the bass, let’s book a band that has no bass to warm up.’ … So yeah, when we rolled into Blah Blah Blah, Ohio, and there would be a no-bass band with a girl on drums booked to play with us, we’d say, ‘Of course.’ We always wished for a band that was the exact opposite of us so we could have a contrast.

Jack White: I loved that show and was very much impressed with Yeah Yeah Yeahs. I love strong females in music very much, and when I saw Nick on guitar, I wished I was the same size as him, physically.”

Nick Valensi: “We were in the loudest club in the world, and there was this guy sitting in the corner of the club, surrounded by kind of slutty-looking girls, and he was playing the acoustic guitar in this super-loud club. He wanted to talk to me, show me songs he had written, telling me he’s starting a band. He was with this Italian girl, and the whole thing felt like there was sexual undertones. They were obviously together, but there was kind of insinuations of ‘Well, maybe we’ll all get together tonight,’ that kind of thing. He wanted to come back to my hotel with me, and I was like, ‘No man, I’m sorry, I have to go.’ I remember leaving, thinking, ‘That guy was fucking crazy.'”

Nick Valensi: “We get to the venue, the first gig of the tour, and who’s fucking singing in the band but that crazy guy with the acoustic guitar from the night at that club. It was Pete Doherty! He remember me very clearly. He knew who I was the first time I met him.”

Paul Banks: “People in other bands had this real need to say, ‘Somebody else writes their songs,’ or ‘They’re just rich kids.’ You had to find some way to not accept the fact that there’s actually five dudes out there that are cool as fuck that are writing insanely awesome music. And they did it by themselves. They are cooler and better than you, and they will steal your girlfriend. That was just a really tough pill for a lot of people to swallow, including me.”

Ryan Gentles: “I was the first person to meet her. She wanted to come and see the band, so the manager goes, ‘I’m going to take her back to the trailer,’ and nobody was there except for Fab … We left for like 20 minutes, Strokes played their set, and when Oasis took the stage, Fab was making out with Drew Barrymore on the side of the stage. They dated for five years.”

8. Debbie Harry once gave advice to a very drunk Karen O about being a girl in a band.

Karen O: “I go up to her and say, ‘Yeah… I’m in a band and, uh… sometimes I just feel like a girl in a boy’s world, you know?’ I’m a total drunken 20-year-old stranger trying to harass her. She was just like, ‘Honey, just enjoy it while it lasts.’ It was really disappointing at the time. I was like, ‘That is terrible advice!’ It felt condescending or patronizing… It felt cynical. But in hindsight, she’s totally right, man! She’s right as rain! None of that shit matters. I mean, it does matter because it’s shaped us and it’s shaped our career and it’s shaped who I am as this artist. I am a girl in a boy’s world and like lot of women in a lot of different fields, I felt really isolated. But it also doesn’t fucking matter. Enjoy it while it lasts.”

9. The Strokes were unaware they had met Joe Strummer.

11. The Rapture’s decision to leave DFA Records and sign with a major label compelled James Murphy to start LCD Soundsystem and “fuck The Rapture over.” It also led Murphy to take a meeting with Britney Spears.

James Murphy: “When The Rapture left, I was so angry and so hurt. We took a meeting with Britney Spears to do a song.”

Dominique Keegan: “The beat from ‘Losing My Edge’ came from a present Ad-Rock gave James. It was a ghetto blaster, with a synthesizer on top of it… James locked himself in the studio. He wanted to do all his writing and recording in the studio overnight on his own. He just pressed record and played live drums over one of the beats on that synthesizer.”

12. Julian Casabalancas once slept over at Jack White’s house.

Jack White: “Julian stayed at my house and slept in my childhood bedroom, even wore my pajamas. He came into my room in the middle of the night thinking it was the bathroom and we laughed.

13. Bruce Springsteen called Conor Oberst at the airport and gave him a pep talk following the 2004 presidential election.

Conor Oberst: “I had done the Vote for Change tour with Bruce Springsteen and R.E.M… so I was sitting at the airport, and I was obviously bummed about the election, just feeling disillusioned. [My publicist] called and said, ‘Your phone’s going to ring in five minutes. It’s Bruce Springsteen. Pick up.’ Sure enough, my phone rings and it’s him. Bruce says, ‘I just want to thank you again for doing the tour. It meant so much to have you.’ And he said, ‘I understand you’re going to Europe today. They’re going to be asking you a lot of questions about the country, and you have to tell them there’s half of us over here that don’t feel that way. Keep your head high. Tell them we tried our best, and we’re going to keep working over here.’

14. Julian Casablancas has a strong disdain for touring.

Julian Casablancas: “We had toured for so long I felt like I had to almost start over musically, which was a real bummer, and I promised myself that I wouldn’t do that ever again.

Ryan Gentles: “It’s really hard to argue with someone when you’re saying, ‘We need to do this tour, we need to do this show, it’s going to be good for your career,’ and he’s saying, ‘Okay, I’ll do that, then we’re going to break up, because I’m going to want to kill myself, or we don’t do it and least we’ll have a career next year.’

15. Ezra Koenig interned for The Walkmen while in college.

Walter Martin: “We decided at our studio that we needed an intern. So we put out flyers that somehow spread the word, and we interviewed a few people. The moment Ezra walked in the door, we were like, ‘That guy is the coolest dude ever.’

“So we hired him, but there wasn’t much for him to do, and I was his contact, so he would call me and I would never pick up because I didn’t have anything for him to do.” 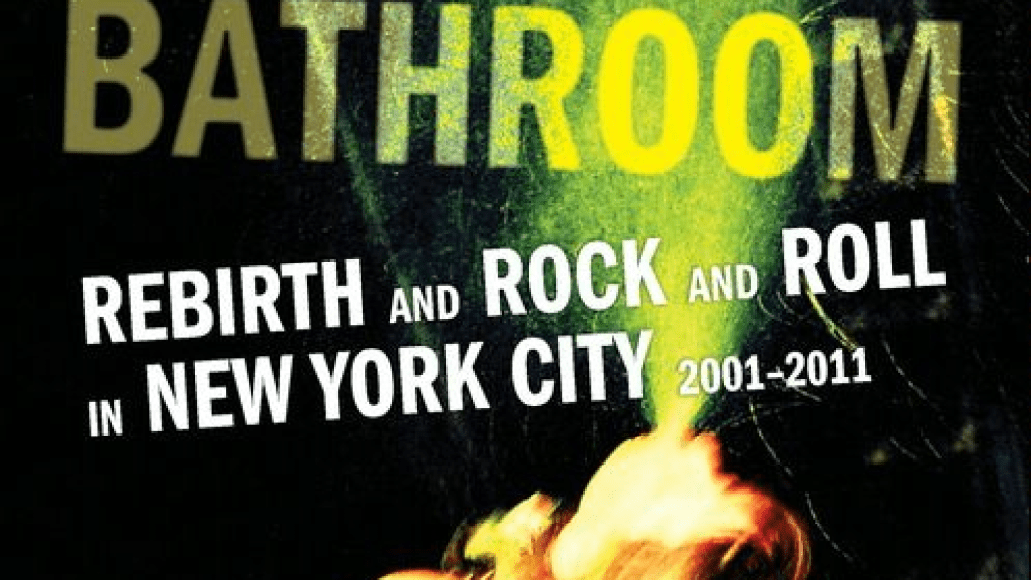