Arcade Fire have announced their new album, Everything Now, due for release on July 28th through Columbia Records. The album’s title track also serves as its lead single and can be streamed below. The disco-tinged track was co-produced by Daft Punk’s Thomas Bangalter. Update: Also watch the accompanying music video. “Super limited” 12-inch vinyl copies of the single were also sold at Primavera Sound ahead of the band’s headlining appearance this weekend.

“Everything Now” marks the second new song released by the band this year. Back in January, they teamed up with Mavis Staples on “I Give You Power”. Both tracks come in advance of Everything Now, the follow-up to 2013’s Reflektor, which will receive release via their new label home at Columbia. The album as a whole spans 13 tracks and is now available for pre-order via iTunes. Check out its artwork below. 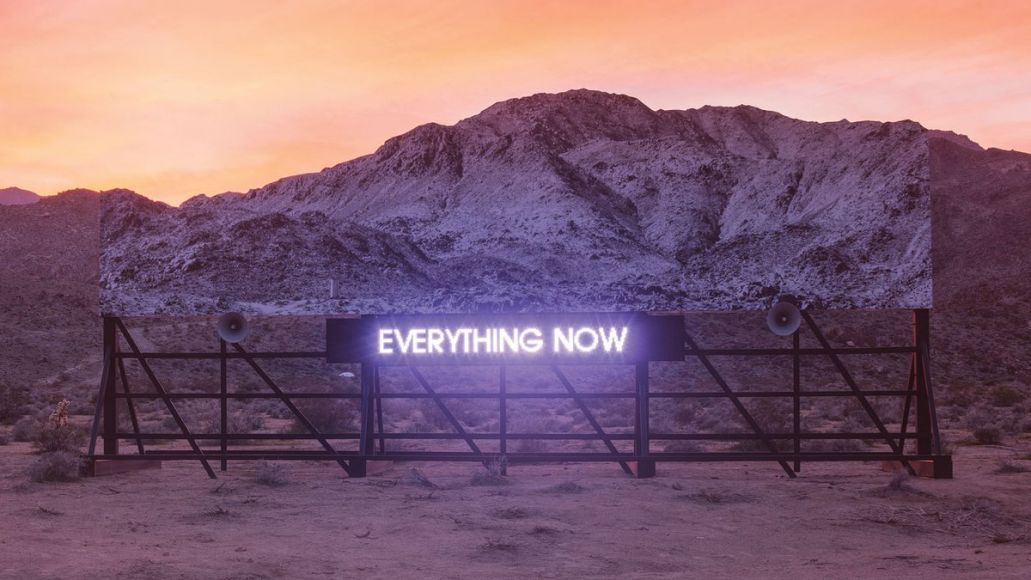