On September 15th, Ariel Pink will return with a new album called Dedicated to Bobby Jameson. Due through Mexican Summer, it serves as the official follow-up to 2014’s acclaimed pom pom and comes after a handful of collaborations with the likes of Miley Cyrus, Theophilus London, and Weyes Blood.

The title of the 13-track effort “makes a direct and heartfelt reference to a real-life L.A. musician, long presumed dead, who resurfaced online in 2007 after 35 reclusive years to pen his autobiography and tragic life story in a series of blogs and YouTube tirades,” according to a press statement. Reflecting on Jameson, who passed away in 2015, Pink said, “His book and life resonated with me to such a degree that I felt a need to dedicate my latest record to him.”

As for the record itself, its narrative arc aptly begins with a death. “We follow the protagonist through a battery of tests and milestones, the first of which sees him reborn into life out of death,” Pink explains. “From there, he seesaws his way between the innocent love and the rock-solid edifice of childhood-worn trauma that together constitute his lifelong initiation into the realm of artifice and theatrical disposability.”

Along with the LP news, the lo-fi/psych pop artist has shared a new video for the single “Another Weekend”. Pink himself stars in the hazy visuals, which were helmed by Lorde and The Weeknd director Grant Singer. Check it out below, followed by the album artwork and full tracklist. 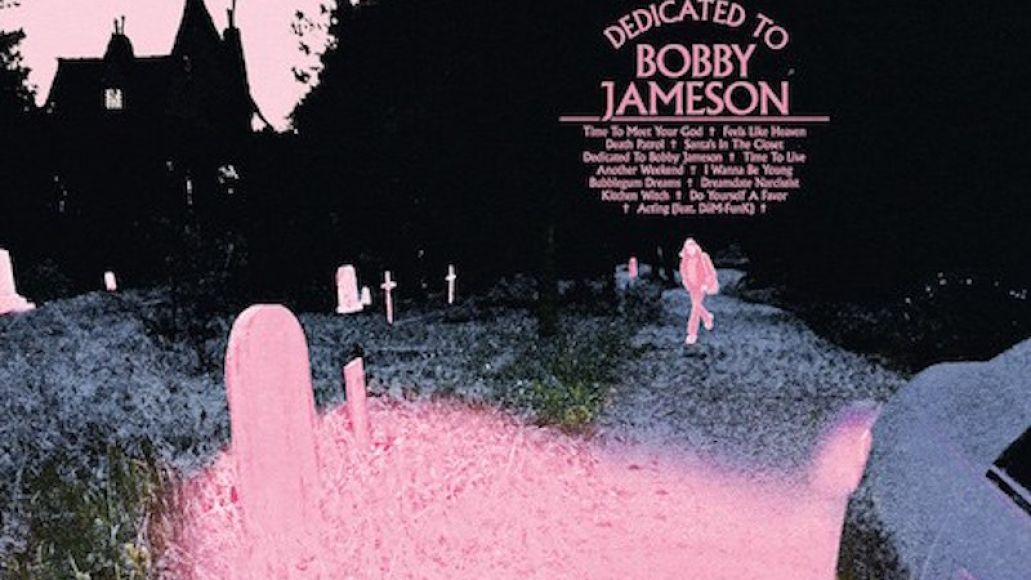 In support of Bobby Jameson, Pink will tour North America in the fall.