We all know how great Twitter can be for musicians wanting to communicate with their fans, so Twitter’s decision to go and make an ad about it seems kind of like preaching to the choir. Stranger than the social media company’s choice to even film the ad, however, is their pick of David Crosby to play the token troll.

The new ad is part of Twitter’s #SeeEverySide campaign, which has them teaming up with social media and rap god Chance the Rapper. The minute-long spot finds Chance reaching out to fans for requests ahead of an upcoming concert. A number of 20-somethings and millennials start responding with songs that, frankly, he’d probably play anyway: “No Problems”, “Angels”, “Same Drugs”. (What’s up with that girl calling “Blessings” “over-played” and “over-produced,” though?) There’s some lively debate about Chance’s philanthropic projects and his Grammy nominations. And then there’s this doozy: 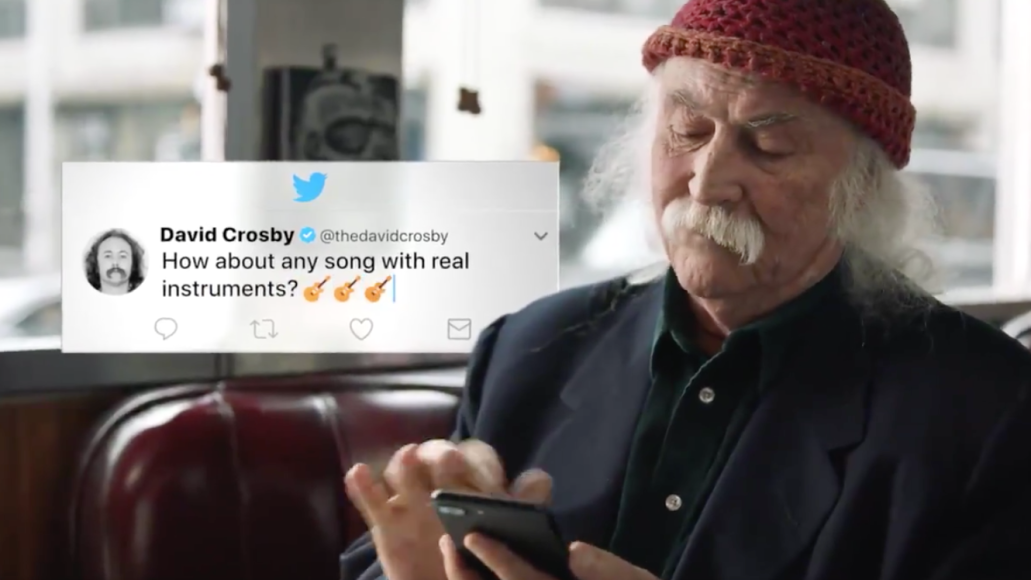 Whoa, why the shade, Croz? Apparently he’s never heard of The Social Experiment. Of course, maybe this is to be expected from the guy who once tweeted out that “Rap isn’t music.” Then again, the man known as one of Twitter’s best rockstar grumps also offers up a collaboration (“I could up your game”), so it’s not all bad blood.

Watch the entire ad below.

Any requests? Real instruments? No problem.