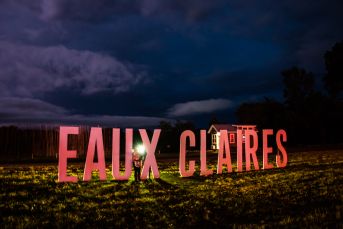 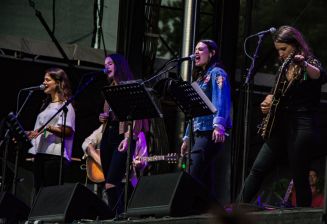 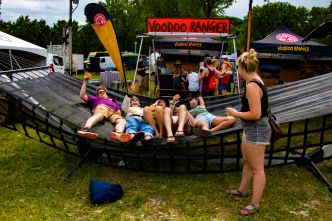 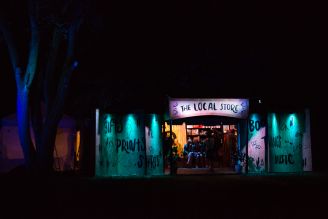 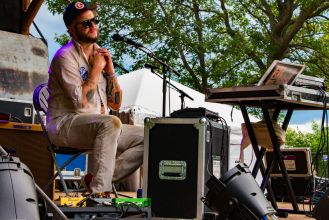 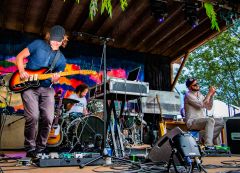 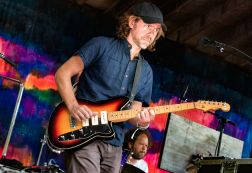 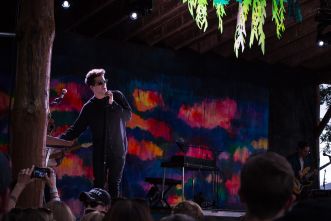 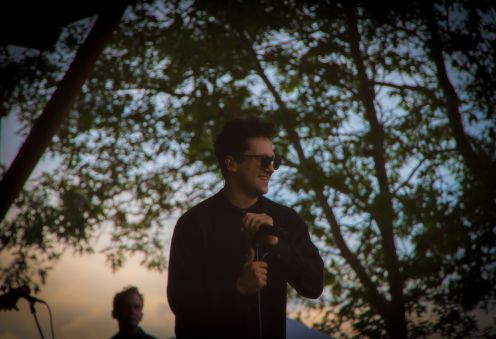 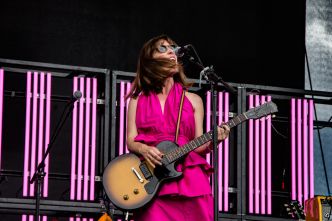 “Eaux Claires, your reputation has preceded you,” Leslie Feist smiled, after performing a smoky rendition of the title track from her latest. That was a straightforward enough start for a musician touring on the back of a new record, but what followed was anything but. “We want to do something special for you and these incredible clouds,” she smiled, leading her band into a front-to-back performance of Pleasure, as smoldering and grand as the recording. The peak of the set was the ecstatic “Any Party”, the intimacy of the song somehow palpable even across the vast, damp field. Meanwhile, the limber “Baby Be Simple” led to quite a bit of swaying. The Eaux Claires crowd clearly enjoyed the new album, showing ample appreciation, but nothing, of course, could earn the level of love of classics “My Moon My Man” and “I Feel It All” at the end of the set. “I do, I feel it all,” she beamed. Feist seemed truly refreshed, and the feeling was contagious. –Lior Phillips 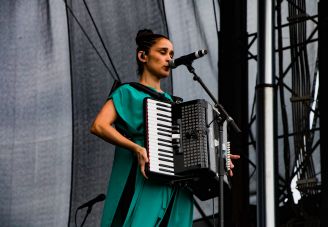 Singer-songwriter Julieta Venegas and her band made their way up to Eau Claires from Mexico, but unfortunately, their instruments didn’t. “We got stopped in customs,” she began, which was quickly and swiftly met by a powerful chorus of boos. Though they certainly were given a tough task, Venegas and her compatriots certainly faced down the challenge. Even playing an unfamiliar accordion much larger than her own, Venegas’ passionate, inventive songwriting and intense stagecraft didn’t show an ounce of unease. Highlight “Limon y Sal” (the title track of her 2006 studio album) twirled and soared in the midday sun, the small outfit managing a whole lot of beauty. In a festival somewhat lacking in diversity, it was refreshing to hear Venegas’ Spanish-sung songs. Though now seven albums into a powerful career, Venegas has yet to receive the attention in the US that this set proved she deserves and can receive. –Adam Kivel 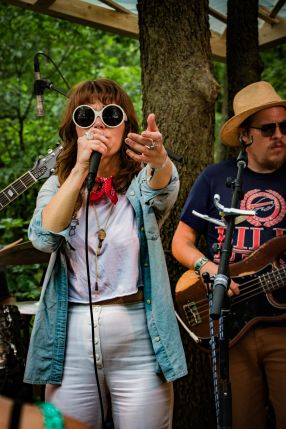 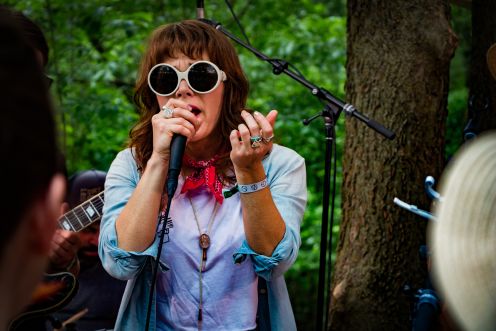 Before the second day of Eaux Claires, there was a slot set aside on day two at the tiny Sparreaux stage for Trevor Hagen Mixtape Vol. 1. The longtime friend and former bandmate of Justin Vernon’s may not exactly be a household name, but considering the collaborative nature of the title and fest, it seemed worth checking out. Consulting the festival app Saturday morning, though, it was as if a section of my phone screen had turned into a giant, flashing neon light: “Jenny Lewis with Guests.” The change appeared to be so impromptu that not everyone on the festival staff knew it was even happening. I high-tailed it to the shaded stage, but it seemed I wasn’t alone in excitement — the crowd rivaled that of the main stages. As Lewis began her set, I was lured further and further by her euphoric voice, snaking through the pack. Before I knew it, I was inches from Lewis’ face as she serenaded a pregnant woman at the front of the crowd. Only at Eaux Claires would a singer of Lewis’ stature find herself at a stage as intimate and small as Sparreaux, and she made the most of it. New songs about being a party clown and wasted youth were absolutely beguiling. When Lewis made a one-song appearance at the Bon Iver set, it seemed like she’d be sure to pop up again, but a full set like this felt like an unexpected blessing. –Lior Phillips 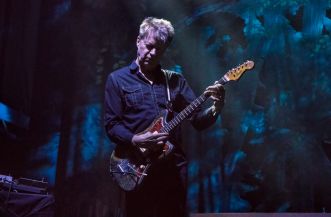 Wilco closed out the festival with a triumphant set on the second night of Eaux Claires, but their myriad collaborations and side projects spread out across the festival challenged to top their main set. Mikael Jorgensen’s late-night electronic mysteries with Quindar sat at one end of the spectrum, the synth player’s head peaking out from the top of an LED cube, weaving together samples from NASA. Guitarist Nels Cline and wife Yuka Honda performed with Cup, while drummer Glenn Kotche collaborated in a duo with Bon Iver percussionist S. Carey. Frontman Jeff Tweedy led his side project with his son, Spencer, both clearly having a ball; appearances from guests like Justin Vernon and Anais Mitchell rounded out the performance, songs like “Hazel”, Woody Guthrie-penned “California Stars”, and Pop Staples’ “Friendship” crackled like vinyl. But in the end, no amount of impressive side projects, heavy rain, or following Paul Simon could detract from a set this big. They leaned into the stormy weather with expressive, noisy outbreaks, pushing hard against the already hazy structures of songs like “Ashes of American Flags”, “I Am Trying to Break Your Heart”, and “Via Chicago”. Wilco truly fulfilled the promise of Eaux Claires, hitting the notes to fulfill every fan’s dreams, but also pushing their own creative borders and spreading their family relationships out for the world to see. –Adam Kivel