The following review was originally published as part of our coverage of the 2017 Sundance Film Festival.

Few relationships follow a linear path, but even so, The Big Sick chronicles a particularly unusual one. Based on the real-life courtship between screenwriters Kumail Nanjiani and Emily V. Gordon, it’s a love story with the minor detail of an ugly breakup and the major detail of a severe illness that left Gordon in a medically induced coma. But since real life is so often about more than just a couple debating whether they want to get together or not, it’s also a story of fledgling stand-up comedians, family ties, and the struggle to assert yourself against tradition when it just feels wrong. It’s also a relentlessly funny film, and one of the rare two-hour comedies that sustains its momentum from start to finish.

Nanjiani plays himself as an up-and-coming Chicago comedian, who runs club shows with his talented friends (Aidy Bryant and Bo Burnham) and his less talented roommate (Kurt Braunohler). Kumail is struggling, as young comedians often are, but his problems go beyond the endless stand-up cycle of trying to impress showcase producers and get booked somewhere that might get him a better gig. Kumail, the son of immigrants, struggles against the relentless pressure from his parents (Anupam Kher and Zenobia Shroff) and brother (Adeel Akhtar) to take the LSAT and settle down with a nice Pakistani girl. To facilitate this, his mother punctuates every family meal with a different arranged marriage prospect who “just happened to drop by.”

Kumail’s life is rotated off its axis, however, when he meets Emily (Zoe Kazan), a graduate student with whom he meets cute after a show. Emily is a young divorcee, and it’s her experience with the lows of an unfulfilled relationship (and the courseload of a master’s degree) that spur her reluctance to get into anything too serious. Yet before long, they’re functioning as a couple, Emily attending Kumail’s ill-conceived one-man show about Pakistani culture, and Kumail subjecting Emily to every art-minded young man’s most embarrassing ritual: forcing a love interest to watch his favorite B-movies while eagerly gauging her responses. (The film has an uncanny ear for the eye-rolling dating habits of twentysomething dudes throughout that allows for some of its biggest laughs.)

But the pressures of real life encroach on their comfortable bubble; Kumail’s brother admonishes him for getting serious about Emily, pointing out that their relatives who previously married outside of tradition were permanently disowned by their family. His parents, who sacrificed a great deal to give their sons a better life in America, barely tolerate his comedy career and wouldn’t take kindly to him being involved with a white woman. (Kumail’s relationship with them is generally built on lies, best illustrated in a sequence when he heads to the basement for his daily prayers, sets a timer, and watches YouTube videos until it’s over.) And Emily, who’s already done the dance of a slowly eroding relationship, isn’t interested in being strung along when she has a life of her own that she’s already rebuilt once.

Emily eventually learns of Kumail’s many prospective future wives, and after one of the more emotionally searing movie breakups in recent memory, made all the more remarkable by how funny so much of the film around it is, The Big Sick becomes a very different type of romantic comedy. Michael Showalter’s direction is confident, and in what’s easily his best film to date, he draws on a number of warm influences, from the observant stand-up cultural commentary of Funny People to the conversational romance of When Harry Met Sally. There’s an undeniable sweetness to Kumail and Emily’s relationship that Nanjiani and Kazan do terrific work in conveying through small gestures and grander overtures (“I am completely overwhelmed by you”) alike. So when Emily suddenly ends up in a coma because of an unidentifiable lung infection, Showalter begins to negotiate the balance between comedy and mortal drama with a remarkable assurance. It’s a modern dramedy that entirely warrants comparisons to James L. Brooks’ work, with all of the heart and deftly staged punchlines that would suggest.

While Brooks is a good point of comparison, as is producer Judd Apatow’s talky, hangout-centric approach, Showalter has made something unique and wonderful here. When Emily ends up in a coma, and Kumail is put in the uncomfortable position of having to engage with her parents Terry (Ray Romano) and Beth (Holly Hunter), who know all about their relationship and its subsequent decline, The Big Sick immerses itself in the messy humanity of its scenario. Gordon and Nanjiani’s screenplay is full of side stories and detours, but each adds a richness to the film’s characters that pays off spectacularly in its emotionally rich final act. Though Kumail’s relationship with Emily’s parents begins icily (particularly from Beth, who Hunter plays with an intimidating, withering sarcasm at first), they soon come to rely on one another, as emotional crutches and as the only three people who know Emily well enough to understand why her sickness hurts so deeply. There’s a small moment when Kumail sits in the front seat of his car, listening back to her voicemails just to hear her talk, and its aching loveliness is played to perfection.

The performances are exceptional in a way that modern studio comedies have de-emphasized in recent years, the comedy largely coming from the cast’s spot-on delivery. Hunter lends Beth a maternal warmth without ever sanding off her more caustic edges, and Romano does great work as a square dad type who just wishes for a less complicated life. (Terry’s inability to correctly tell a joke is one of the film’s best runners.) They’re no farther away from problems than Kumail or anyone else, and Showalter deftly assembles the film in such a way where the rifts in their lives perfectly mirror both Emily and Kumail’s decline and his parents’ harsh pressure to meet their own standards. In The Big Sick, relationships are hard and keeping them alive over time is even harder. There are notes of regret and remorse throughout, but there’s also a striking sense of optimism about the transcendent power of love, and its ability to bridge even the most seemingly impossible divides. When Beth gets drunk and waxes nostalgic about their early years, or Terry lays on Kumail’s floor unpacking his greatest failures, it’s a reminder that nobody ever truly figures things out in life. You just improvise, and hope for the best.

It’s the film’s central couple that leaves the greatest impression, though, and it’s their dynamic that situates The Big Sick above most of its peers. While Kazan spends a fair deal of the film’s runtime on a respirator, her scenes give an uncommon depth to Emily, as a woman who’s lived enough to clearly define the terms of their time together. The Big Sick is great in a number of ways, but its distinctly feminist approach to the rom-com genre is one of the more interesting and welcome. It also lends the film some relatable comic insight; one funny but pointed sequence sees one of the women his mother invites over (Vella Lovell) illustrating how life is no easier on the other side of the arranged marriage equation. In the film’s later scenes, it doesn’t cheat on the established stakes, instead aiming for a longer and more realistic view of how forgiveness works and how much effort it can sometimes require.

The film calls for Nanjiani to do a substantial amount of heavy lifting, comically and dramatically alike, and it’s the kind of performance that in a just world will herald him as a leading man of major talent. As he’s forced to grow in a number of different ways for which he wasn’t at all prepared, the actor maintains a delicate balance of pathos and humor while finding the kind of magnetic charm needed in any great romantic comedy lead. It’s a wonderful performance, and yet it’s elevated by every scene partner with whom he shares the screen.

The Big Sick fits perfectly into the long tradition of its genre, but elevates itself beyond the vast majority of its peers with a wholly unique comic sensibility. It’s a perfect marriage of direction, performances, and writing, the kind of comedy that people eagerly wait for. Its solutions aren’t easy, and its paths unusual, but it’s a love story that completely earns its emotional peaks, and the kind of comedy that makes you wish every single one of them were this great. 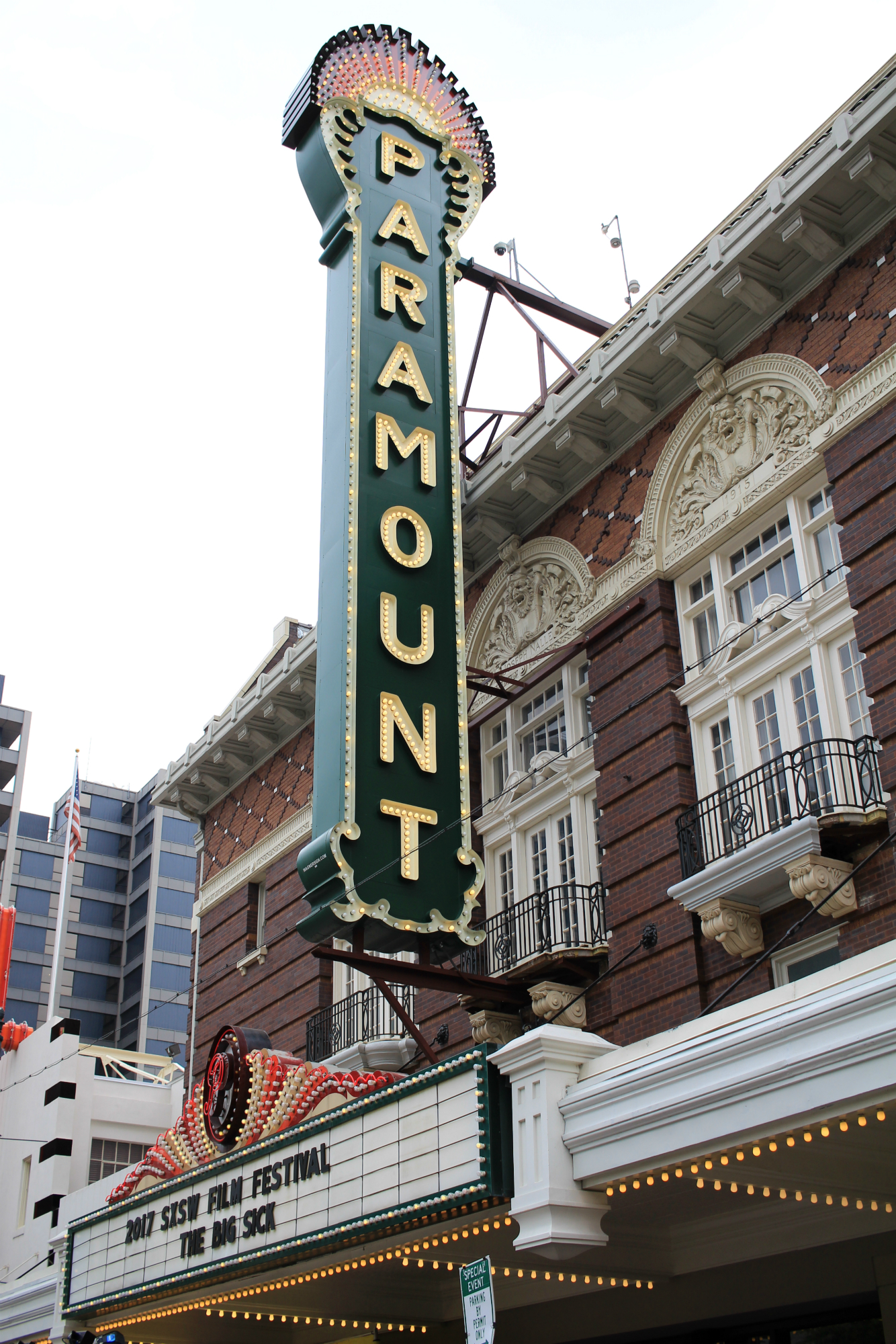 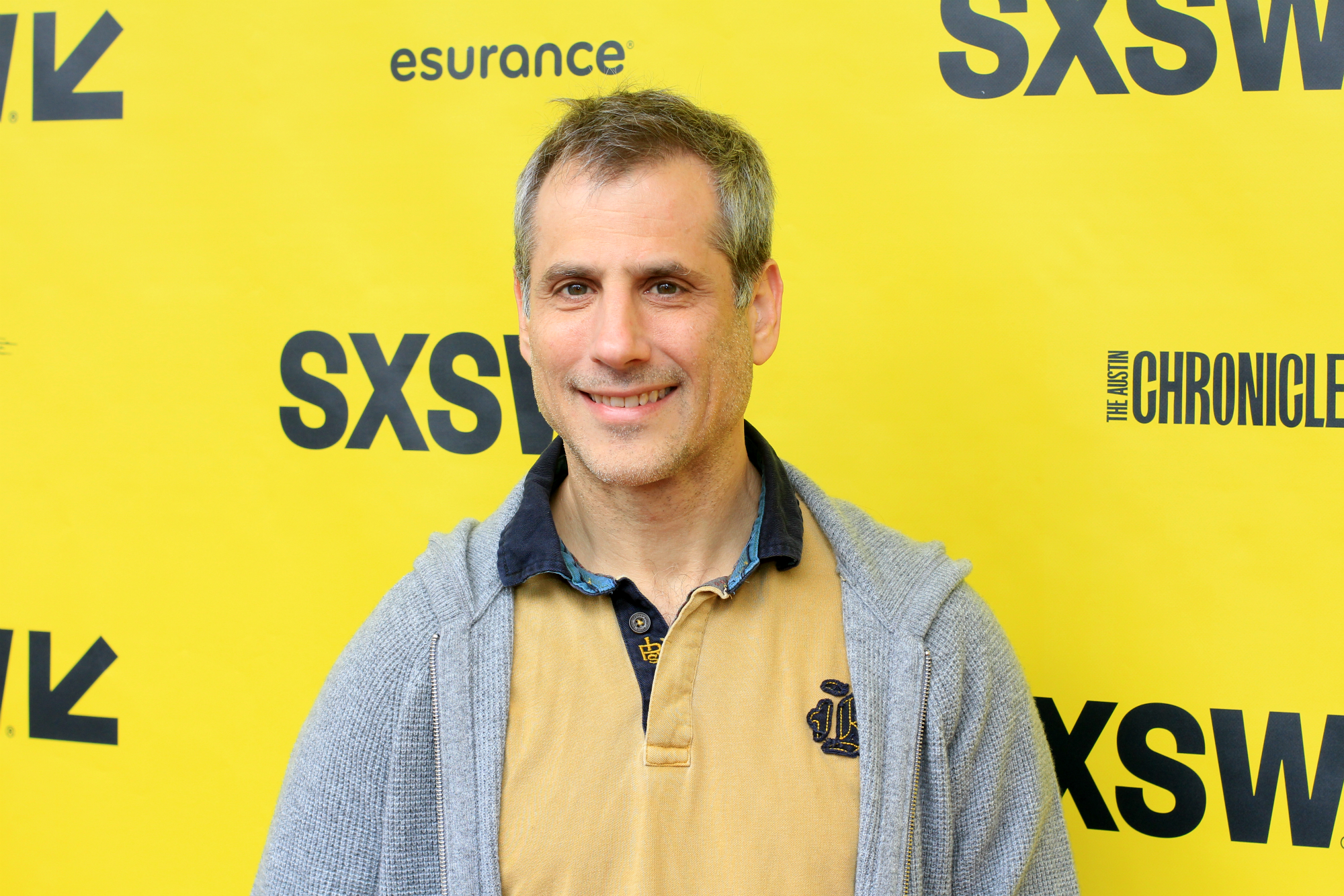 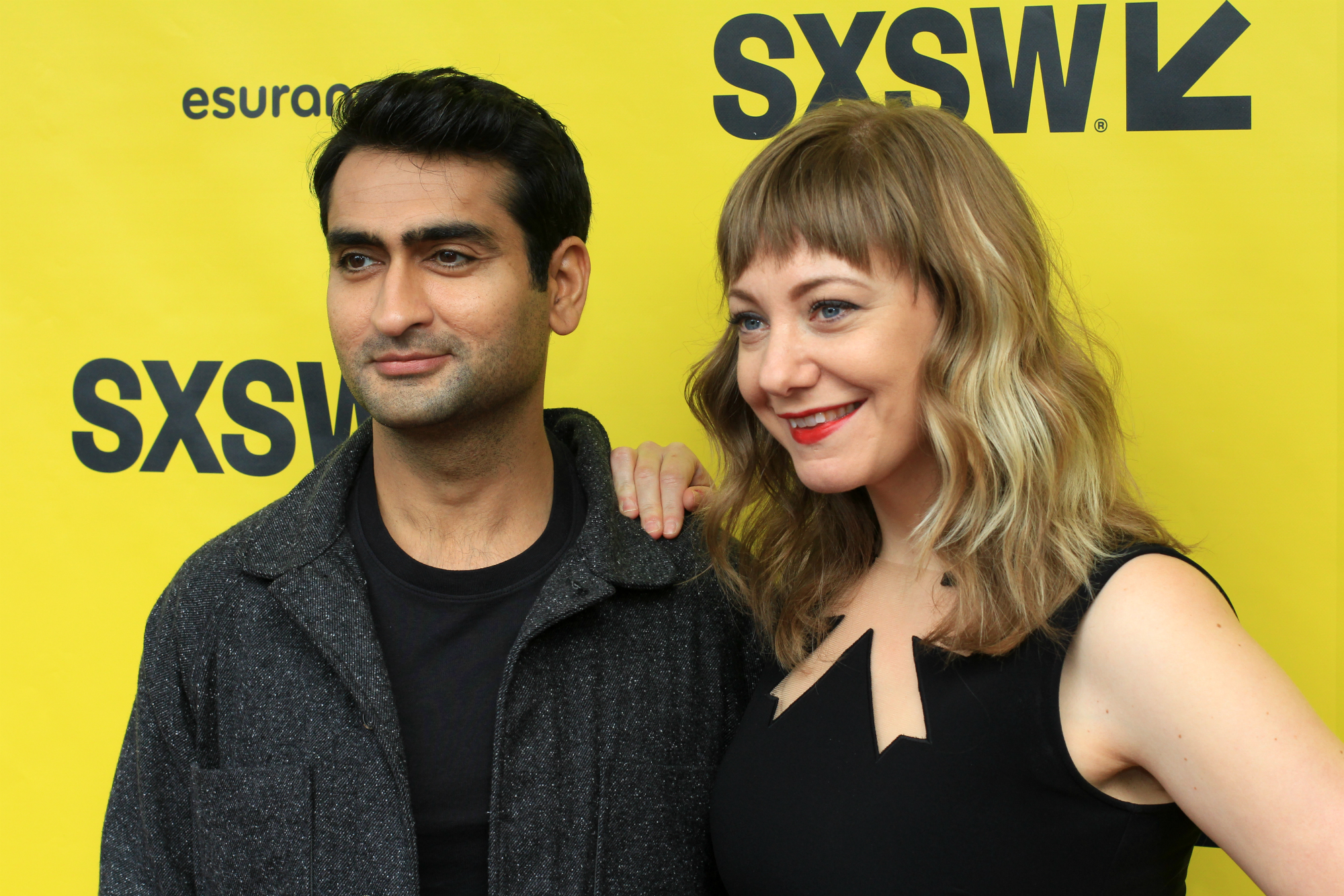 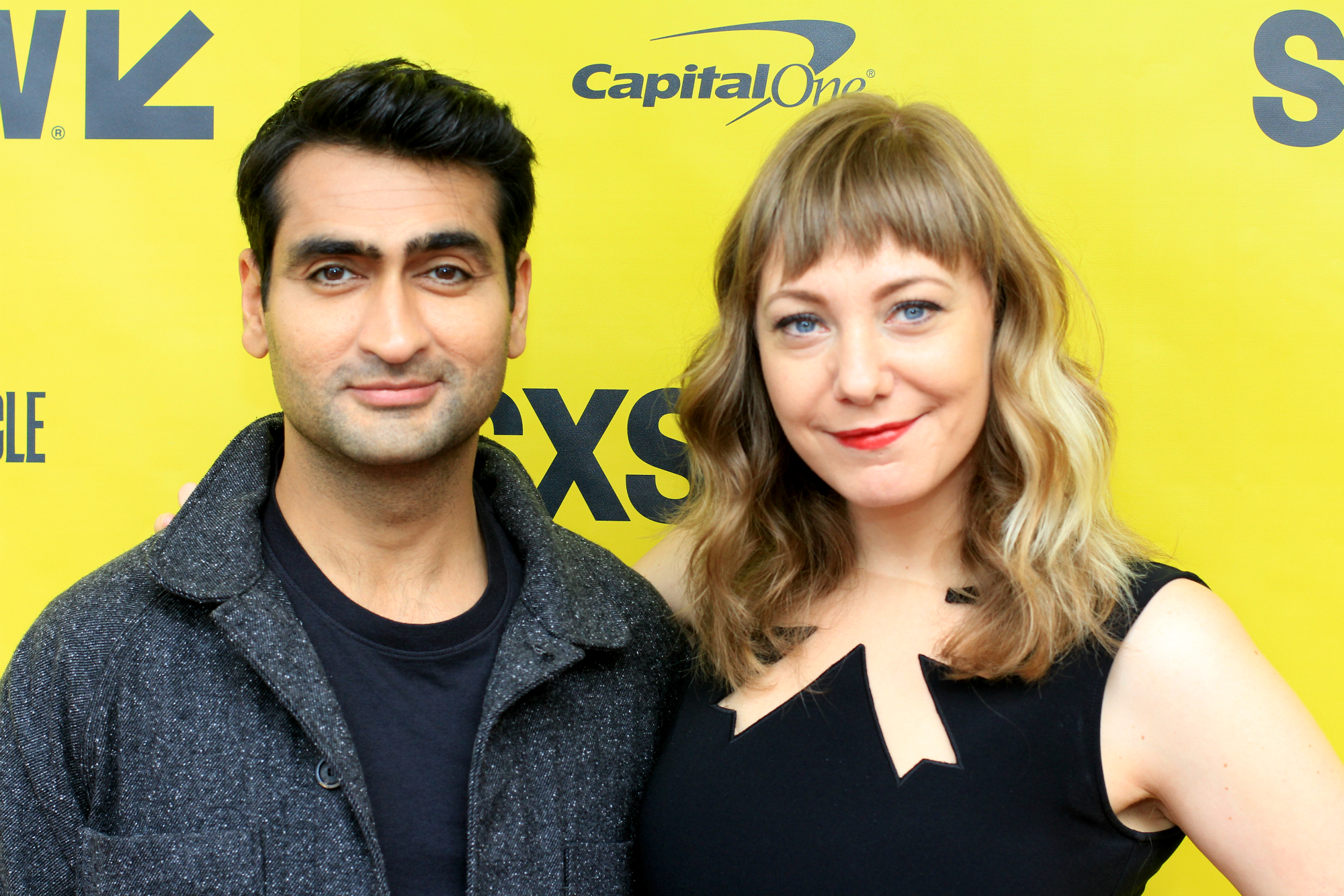 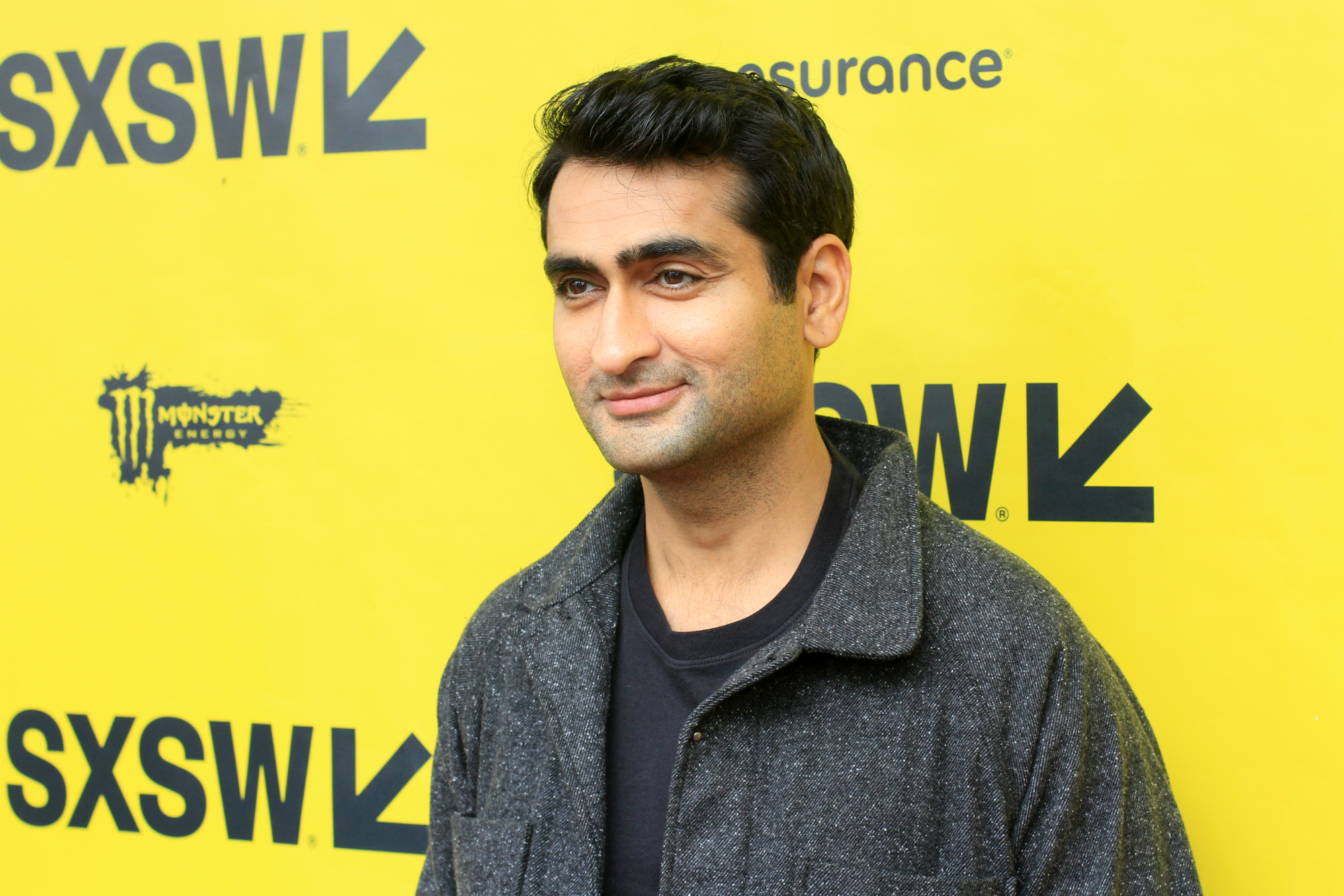 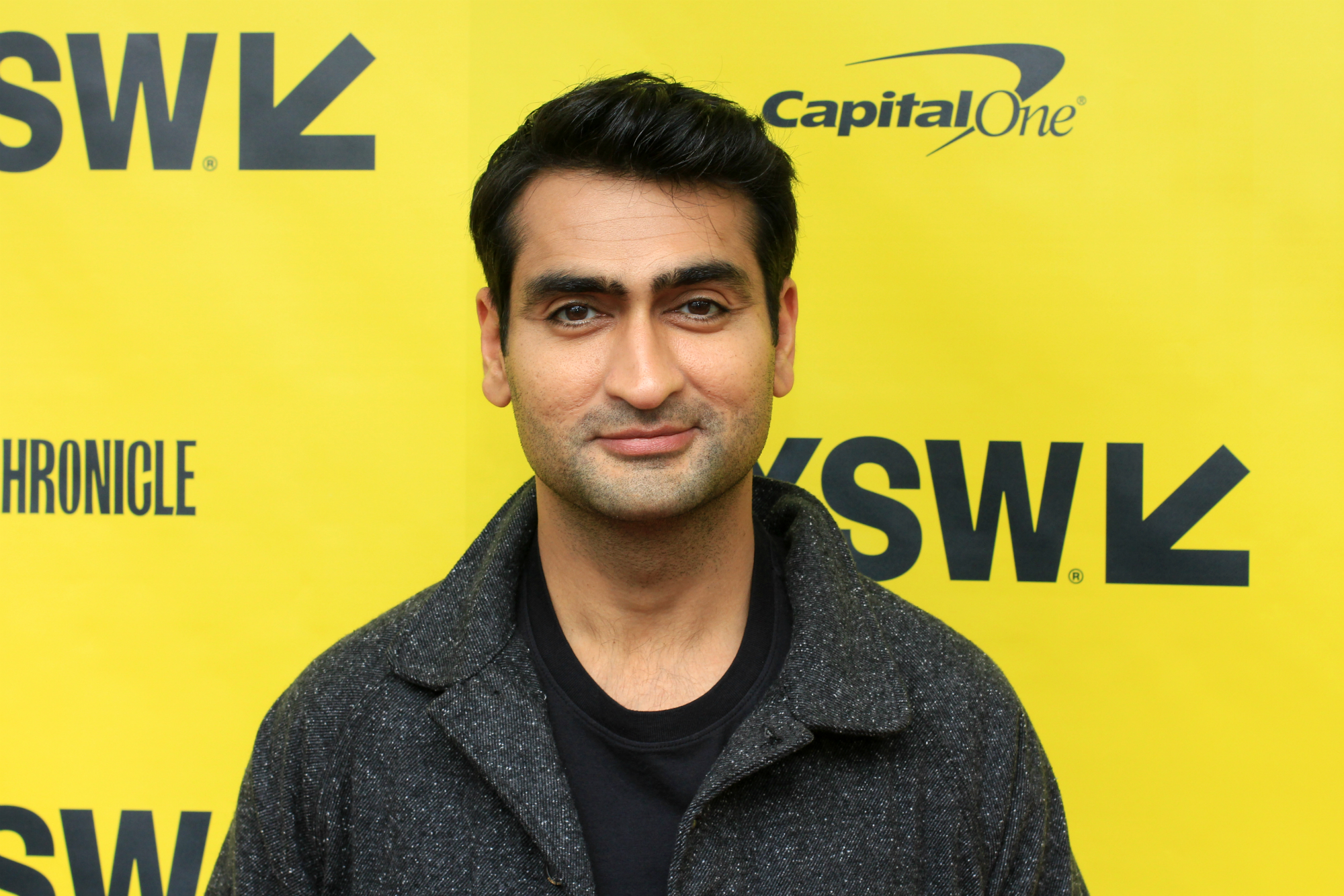 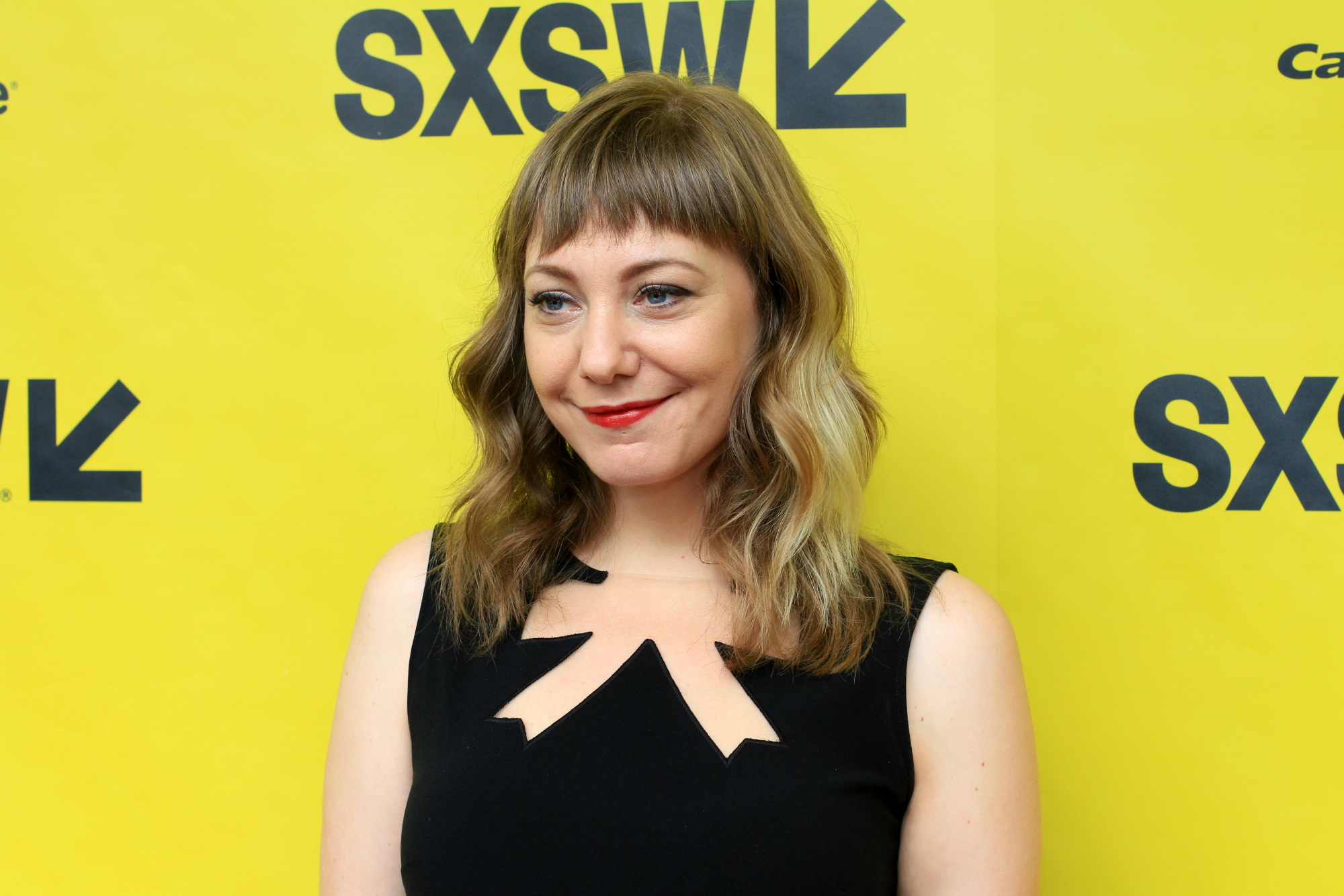 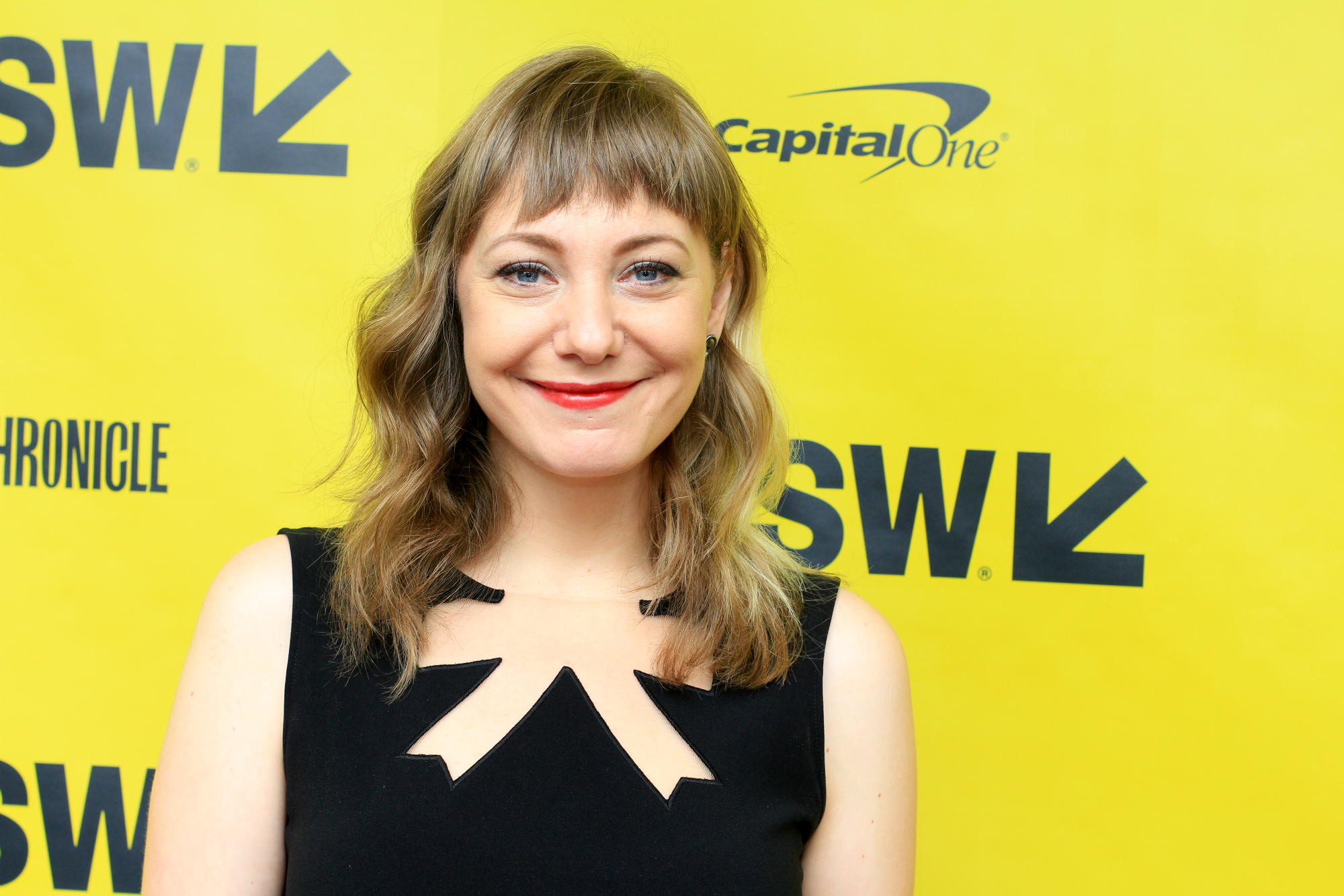 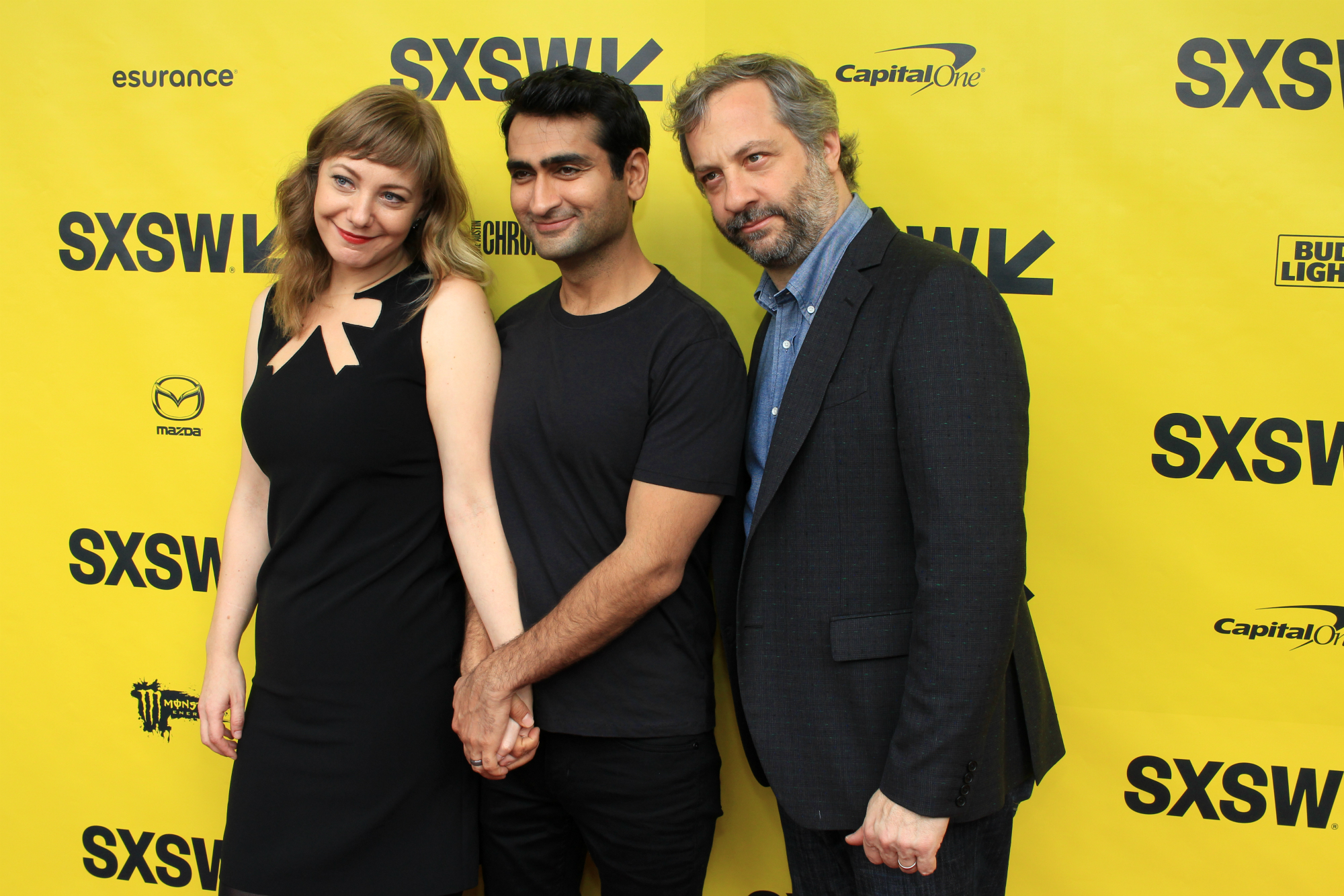 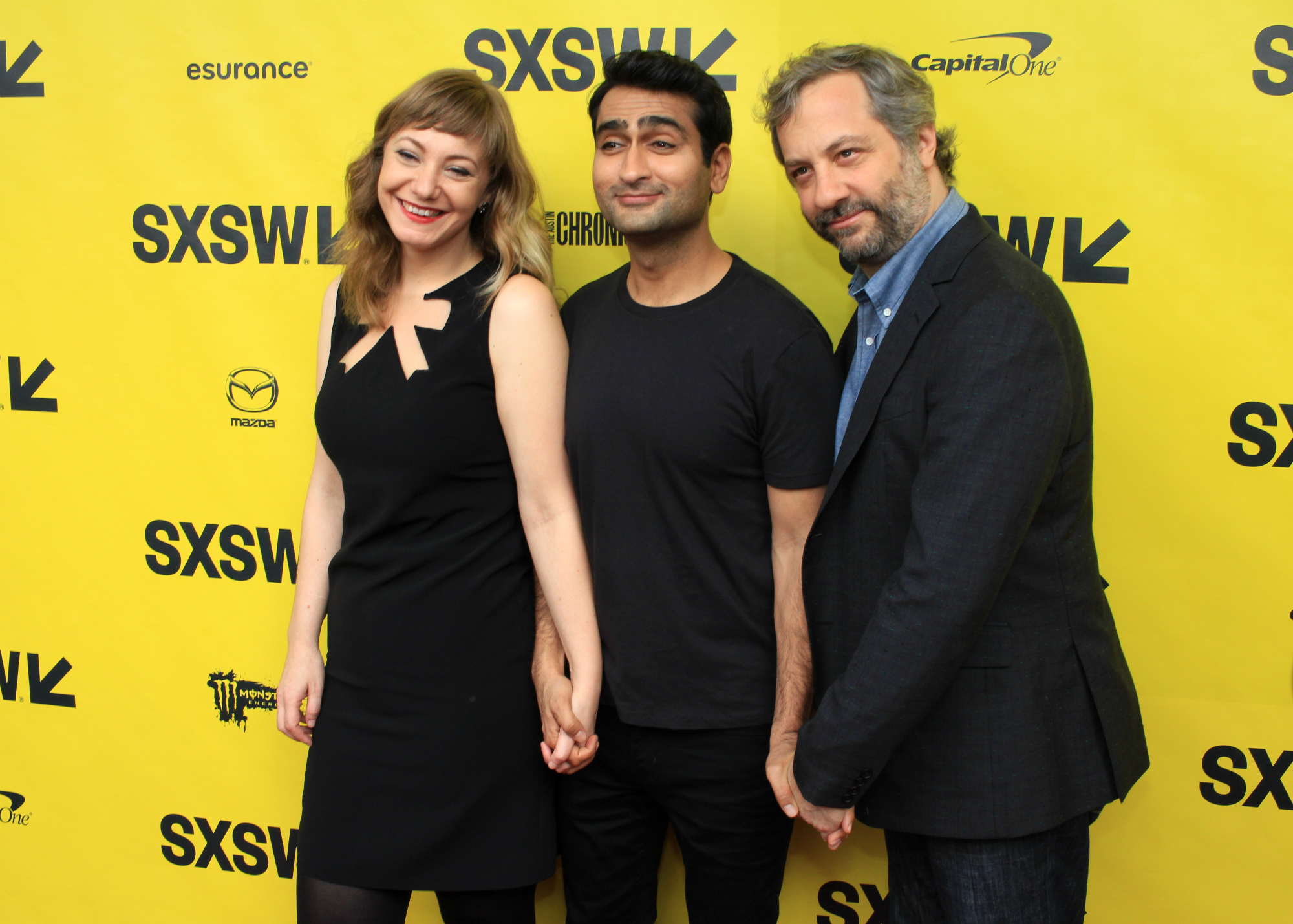 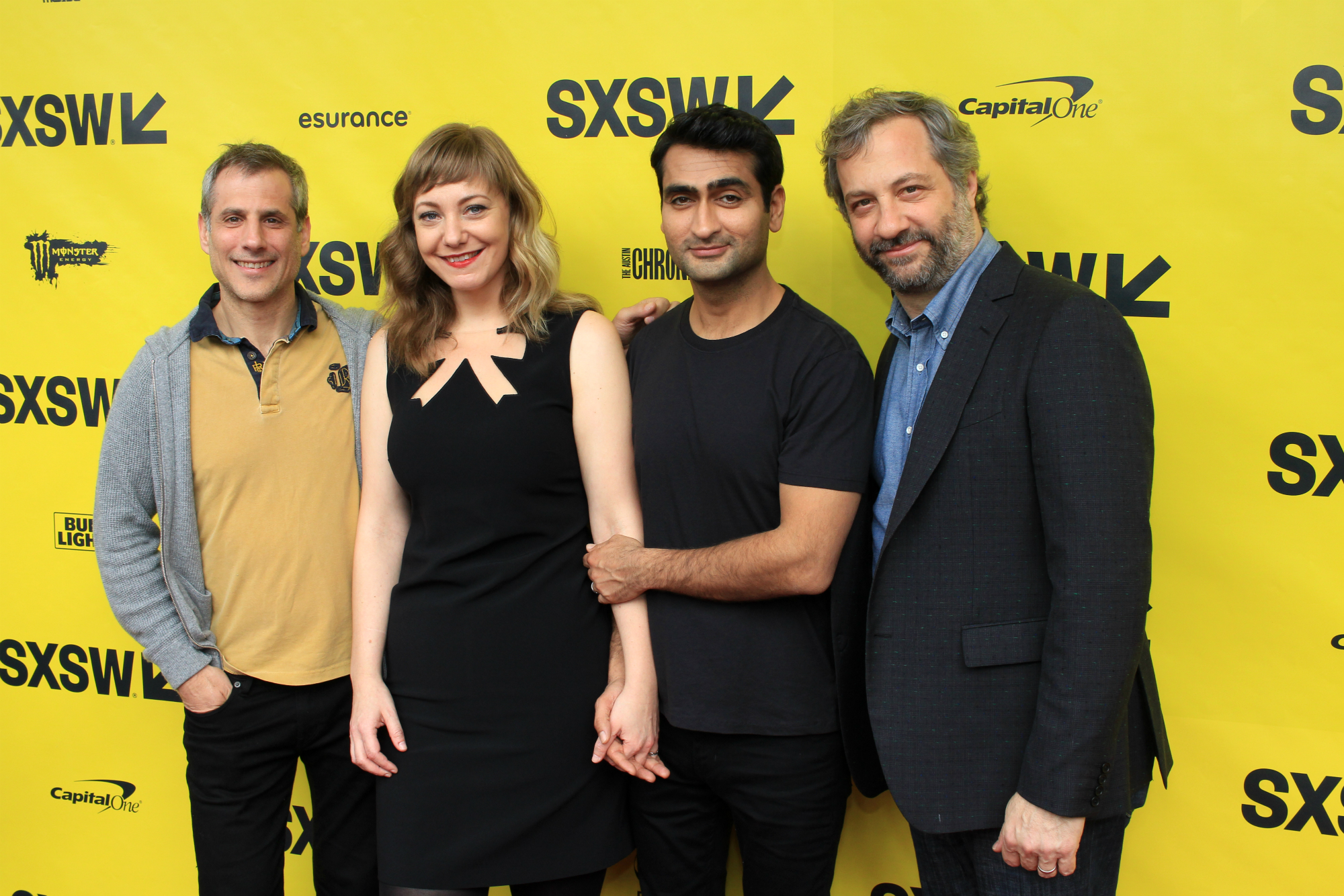 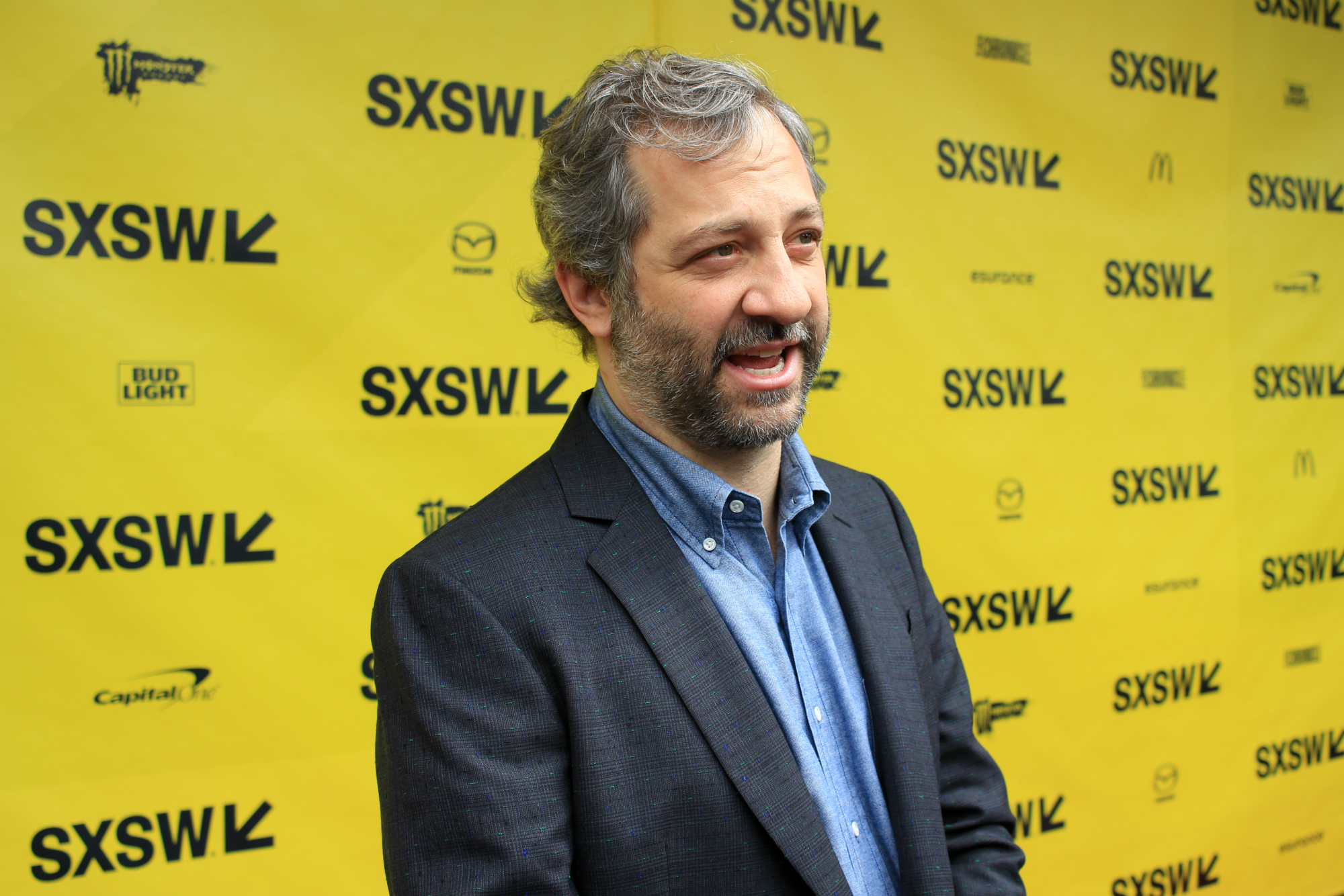