This review is based on the first six episodes of Snowfall. Some plot spoilers ahead.

Early in the series Snowfall, when our central character, Franklin Saint (Damson Idris), begins loading his high school backpack with cocaine by the kilos, he hears from multiple sources that nothing good will come of it. It’s South Central Los Angeles in 1983, and things look … different. There aren’t bars on the windows, and there isn’t a sense of danger when young people walk the streets at night. If there is an overall aesthetic for this location in the series’ first set of episodes, it’s innocence — a calm before the storm. Sure, we see shady night clubs where drugs flow in and out, gang activity to control these drugs, low-level marijuana dealers, and the accessibility of guns. But that would hardly differentiate the South Central of that time from any other community.

But with this sense of innocence also comes the dread that everything for the residents of this area is about to change. As the ’80s progressed, an epidemic would fall upon this segment of the country and other black communities in major cities, fueled by the availability (and affordability) of crack cocaine. This would contribute to widespread health issues, surges of violence, and mass imprisonment — ripples of which can still be felt in black communities today.

If this doesn’t sound like a very entertaining premise for a television show, we have John Singleton to fix that. Snowfall’s strongest attribute is putting human faces on these greater social trends. The series focuses on three aspects of cocaine’s surge in LA: The CIA, the Latin community in East LA, and the black neighborhoods of South Central. In each of these story lines, we find regular people that don’t see the greater harm they could be causing. Franklin sees an opportunity to earn some money while helping to elevate his standing in the neighborhood. Gustavo Zapata (Sergio Peris-Mencheta) is a struggling wrestler who sees a way to improve his fortunes by joining the daughter of a crime boss, Luica Villanueva (Emily Rios), who is trying to make a name for herself. And we have confused family man Teddy McDonald (Carter Hudson), a CIA agent sick of being stuck behind a desk, who is convinced he can turn cocaine profits into real help for the Nicaraguan contras they are aiding. The vision of all these characters is narrow and focused on their own ambitions, which makes the setup for a greater tragedy that much more effective. 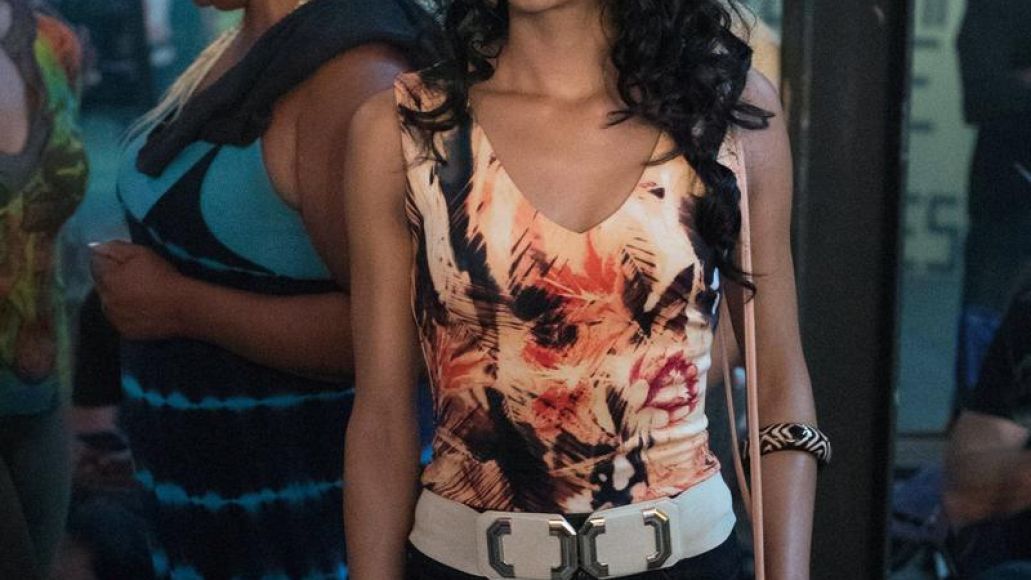 Because that’s what this is: a tragedy. As a fiction based on historical events, we know where the story is going, and it’s hard to imagine any happy endings coming of this. When Teddy tries to convince his baby mama that he’ll be able to balance his newfound drug trafficking duties with helping to raise their child, he convinces literally no one. Or we see it in Franklin’s interactions with his uncle (a scene-stealing Amin Joseph), who, despite his own illegal dealings, is unwilling to help his nephew in a trade he knows is too dangerous; there is little belief that Franklin might somehow end up winning in the end. Signs of the future peek their head every so often, particularly when Franklin is robbed at the end of “Make Them Birds Fly” and finds out just how quickly actions escalate in the business of hard drugs. But even this can’t obscure the series’ sense of nostalgia for the moments before crack swept through the community. That longing for these simpler times that Singleton portrays will make the eventual tragedy to come sting that much more.

Tone is a strange thing to praise in a series, but it’s Snowfall’s trump card. It’s moments like a neighborhood party that gets broken up by the police. Yes, the sequence nearly ends with police violence that wouldn’t feel out of touch in today’s climate. But it also portrays a neighborhood at peace, celebrating with little concern about dangers creeping around the corner, so much so that when cops use violence, it feels shocking. Or there’s the trip to the desert that Franklin takes with his newfound muscle, Leon Simmons (Isaiah John), to dispose of what they think is a dead body. It’s a trip that should be bathed in regret as their dealings in cocaine have finally led to someone dying, but that’s not how it plays out at all. When their victim turns out to still be alive in the trunk, things quickly turn to comedy as they are forced to deal with an angry enemy bursting through their backseat. And when Franklin and Leon are forced to put an end to things, a piece of the series’ innocence dies along with their victim. It’s a long way down to the bottom, and Snowfall is resolute at making the audience feel every rung. 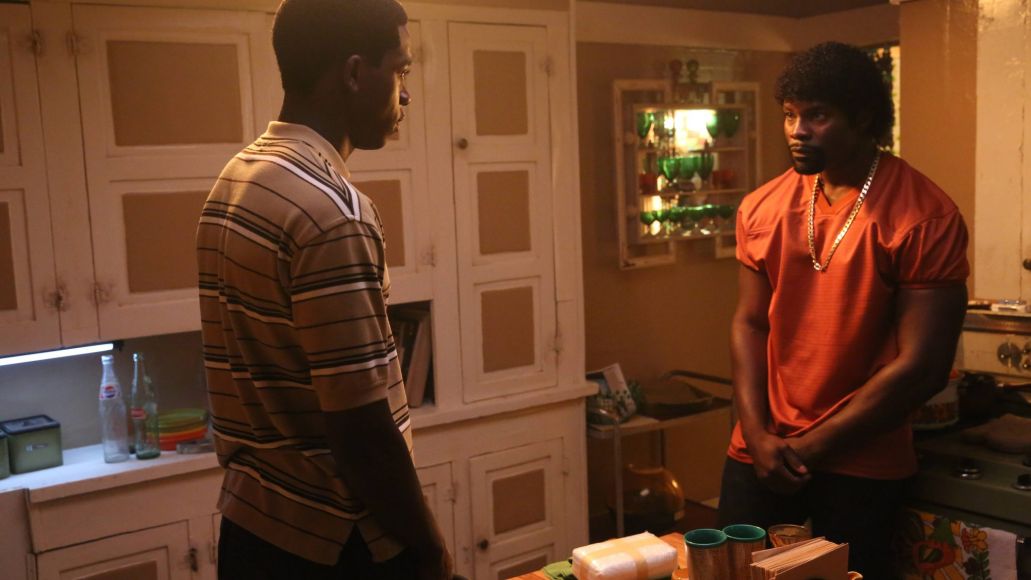 Beneath the show’s sprawling ambition are issues with basic character motivation and the fact that one of its central figures, Teddy, is particularly hart to root for. But that also seems to be one of the defining characteristics of Snowfall. It’s not the people that most move the action that form its most potentially tragic figures. Instead, it’s all the characters who stand as bystanders for the first several episodes that stand to fall the hardest. There’s Franklin’s mother, Cissy (Michael Hyatt), who struggles to raise a son in the absence of an alcoholic father. There’s Uncle Jerome, who repeatedly tries to steer Franklin away from the quick money of drug dealing every chance he gets. There’s Teddy’s family, who puts their faith in him despite the knowledge that he might be in too deep to get back out. And there are the many nameless, be it the residents of Los Angeles, Nicaragua, or anywhere else that drug trafficking casts its shadow. That’s the gut-wrenching reality behind Snowfall. It’s not about a few characters falling from grace. It’s about the end of an entire way of life. And that’s as tragic as it gets.