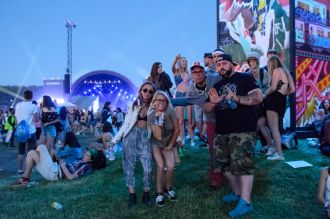 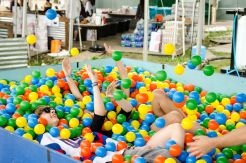 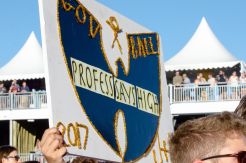 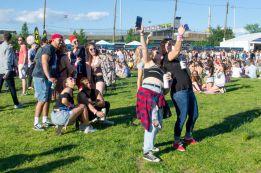 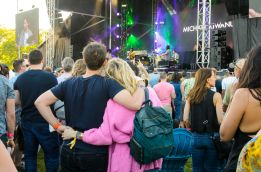 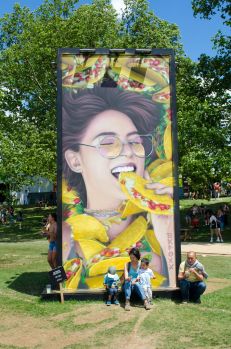 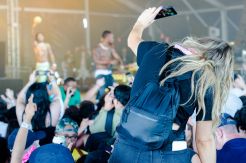 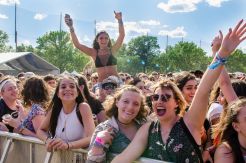 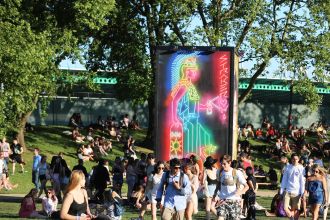 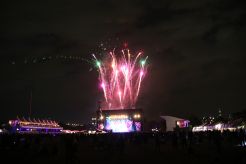 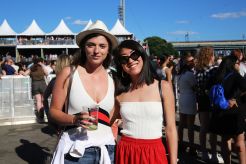 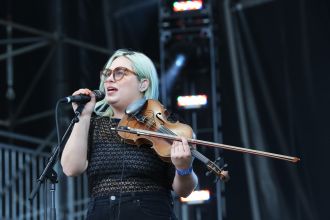 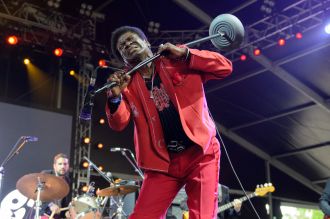 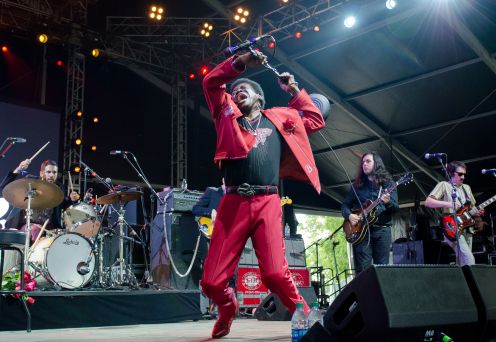 Charles Bradley’s shows have always been something of a revelation, but considering the man only recently beat cancer and returned to the stage, there was a palpable air of blessing to his Friday afternoon set. It’s true he’s not quite back to the sweating, dancing frontman he was just a few months ago; he’s thinner now and perhaps not as capable of the same energy. But if even at half-capacity he’s still able to belt out those howling notes like he did during “How Long” and “You Think I Don’t Know (But I Know)”, dropping to his knees to carry the weight of his mic stand like a bag of life’s worries, it stands as a testament to how incredible the Screaming Eagle of Soul truly is as a showman.

Besides, regardless of how virile the 68-year-old is at this point, he’s still got a killer backing band in His Extraordinaires. As people sought shelter from the brief downpour that passed over Randall’s Island, they were able to jam out to the powerful grooves of the six-piece while Bradley changed outfits backstage. Yes, he’s still doing costume changes, still preaching love and change through music, and still tossing that mic stand. Most importantly of all, he still loves you. As the crowd made abundantly clear with their constant cheers, they obviously still love him, too. Soar on, you crazy eagle. –Ben Kaye 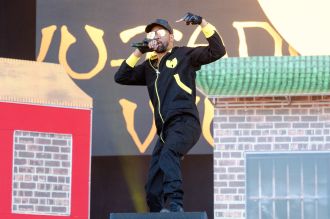 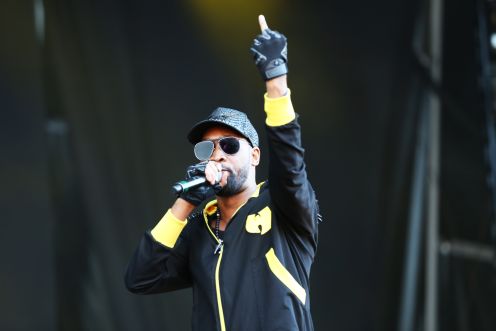 Like The Strokes last year, Wu-Tang Clan represented another iconic homegrown NYC act at the city’s flagship festival. As RZA ran down the accolades of each individual member and the collective, he gave a huge shout-out to the Big Apple.  “We took the energy of New York City,” he shouted. “And we spread it across the world!”

It’s been nearly 25 years since Enter the Wu-Tang (36 Chambers), but the MCs still seem to be having a ton of fun onstage together. Whether it was opening with a bang on “Bring Da Ruckus” or hyping each other up for “Wu-Tang Clan Ain’t Nuthin’ Ta F’ Wit”, the legendary hip-hop group’s collective energy was infectious. The bouncing crowd threw up their Ws throughout. With a set that also included “C.R.E.A.M.”, “Shimmy Shimmy Ya”, and even a funky sample of The Beatles’ “Come Together”, Wu-Tang showcased a raw, unfiltered classic hip-hop set with most of their biggest hits. –Killian Young 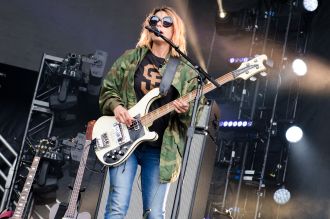 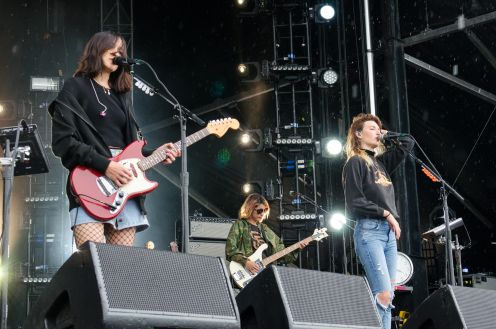 Why people don’t talk about Warpaint as a “band’s band” more often is beyond me. In fact, it’s a wonder more four-pieces don’t try to imitate their stage setup. Spread out across the stage, each individual was highlighted, yet they felt more together as a unit than most rock acts can even begin to claim. Sure, the wonky sound mix led to doubled-down distortion stage right, but each musician’s talent came through far clearer than the sun did on the rainy Sunday afternoon.

In particular, Stella Mozgawa’s drumming was crisply layered, which is a blessing because those rhythms were particularly entrancing. From the stiff beat of “Undertow” to the R&B/hip-hop drum pad kicks of “Dre”, her sick sticks banged out sharp from her corner of the stage. At the same time, the dual frontwomen, Emily Kokal and Theresa Wayman, were electric, with the latter’s lead on “Bees” a particular standout. Jenny Lee Lindberg adding to the two- and three-part harmonies gave the set a nice shine on a dreary day, bolstering songs like “Whiteout” and “So Good”. Watching all of them switch roles and instruments nearly every song (save for Mozgawa) was just one more bit of evidence to support my theory that more bands should be studying Warpaint. –Ben Kaye