Hannibal Buress is one of today’s best comedians, not to mention part of one of this year’s best superhero movies, Spider-Man: Homecoming (I know, we were surprised, too). Clearly, the role was important to him as well. When he realized he wouldn’t be able to sling his way to Wednesday night’s Hollywood premiere, he hired a lookalike to attend in his stead.

It began with a call on Twitter offering $500 for a lookalike for a mysterious event. 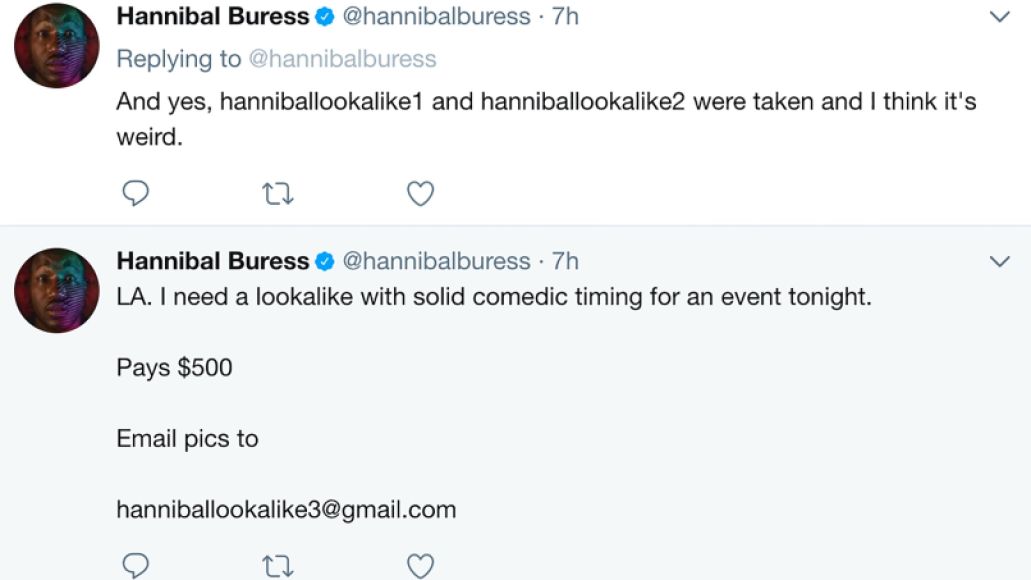 A few hours later, he posted this.

I'm out here at the @SpiderManMovie premiere. In theaters July 8th. pic.twitter.com/ggEdqt5oDr

I don’t know what’s funnier. The guy’s actual interview (posted below) or just how much the guy completely and totally does not look like Hannibal Buress.

Regardless of his lack of physical continuity with the comedian, the lookalike absolutely delivered. The impostor, Joe Carroll, also seems to have had a great time.

Buress has offered “FOMO” as his only justification for the stunt, though, knowing Buress, there’s also a pretty good chance the dude knew this would be funny as hell.

Hannibal Buress hired a lookalike to walk the Spider-Man: Homecoming red carpet in his place