Dusting ‘Em Off is a rotating, free-form feature that revisits a classic album, film, or moment in pop-culture history. This week, Wren Graves looks back 50 years to when Janis Joplin and Otis Redding conquered Monterey Pop Festival.

1967, the “Summer of Love.” For the middle-aged and middle class, it must have felt like a plague had descended on California: Tens of thousands of youths, many with long hair bedecked with flowers, full of new ideas about politics, property rights, love, drugs, spirituality, and (in a few over-reported cases) what constitutes proper hygiene. They were called “hippies,” but this is one of those words that covers such a variety of people as to be almost meaningless. Intellectuals and mystics, revolutionaries and drugged-up burnouts, all were lumped together, united by little more than a rejection of consumerism and a belief in a better way of life. 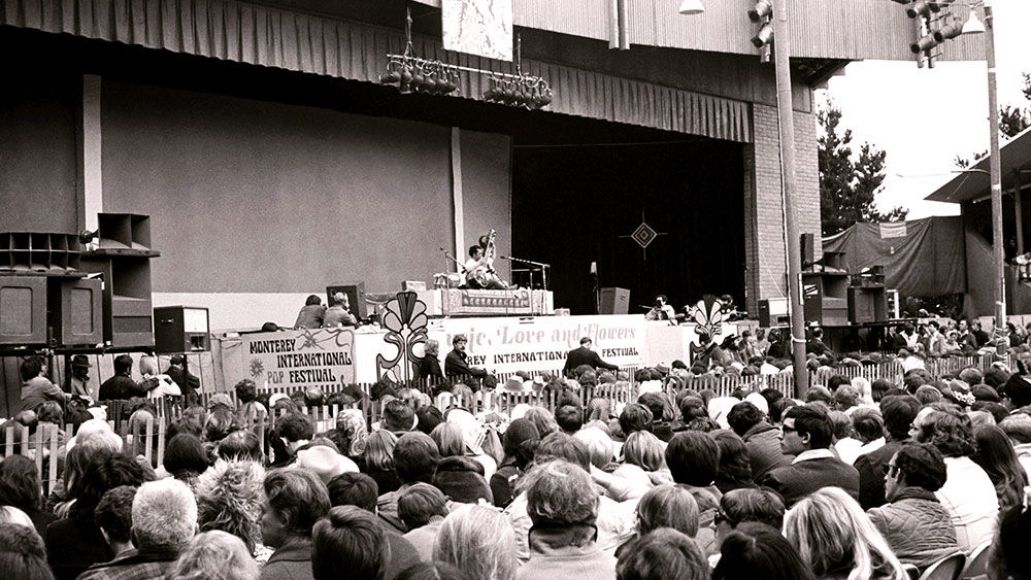 The road they walked had been paved in the 1950’s by the Beat generation — Kerouac, Ginsberg, Burroughs — but hippie culture was less cynical than those writers, and the growing popularity of television gave the hippies a national platform on which to spread their ideas. What started as a political revolution in the cloistered halls of Berkeley soon gave way to a hazier cultural revolution, the new capital of which was the Haight-Ashbury district of San Francisco. Hunter S. Thompson christened it Hashbury.

It was against this background that the Monterey International Pop Festival was held, organized in a quick seven weeks by John Phillips of The Mamas & the Papas, publicist Derek Taylor, manager Alan Pariser, and the legendary Lou Adler, who in addition to producing records by The Mamas & The Papas and Carole King, would later direct Cheech and Chong’s Up in Smoke and bring The Rocky Horror Picture Show from the stage to the silver screen.

Today, Woodstock is more famous, but Monterey International Pop Festival not only came first, but brought a wider audience to many of Woodstock’s most famous performers. Two years before Jimi Hendrix wowed Woodstock with an electric “Star Spangled Banner,” he gave a fiery performance (literally) at Monterey.

In addition to showcasing established stars like Hendrix, Jefferson Airplane, The Mamas & the Papas, and The Who, Monterey International Pop Festival also began what is now a time-honored tradition. The bright lights and intense pressure of the festival atmosphere, and the congregation of so many music industry professionals in one place, means that festivals can function like molecular clouds: they give birth to stars. And Monterey Pop Festival will always be remembered for launching two of the 20th century’s giants into a new stratosphere of superstardom. 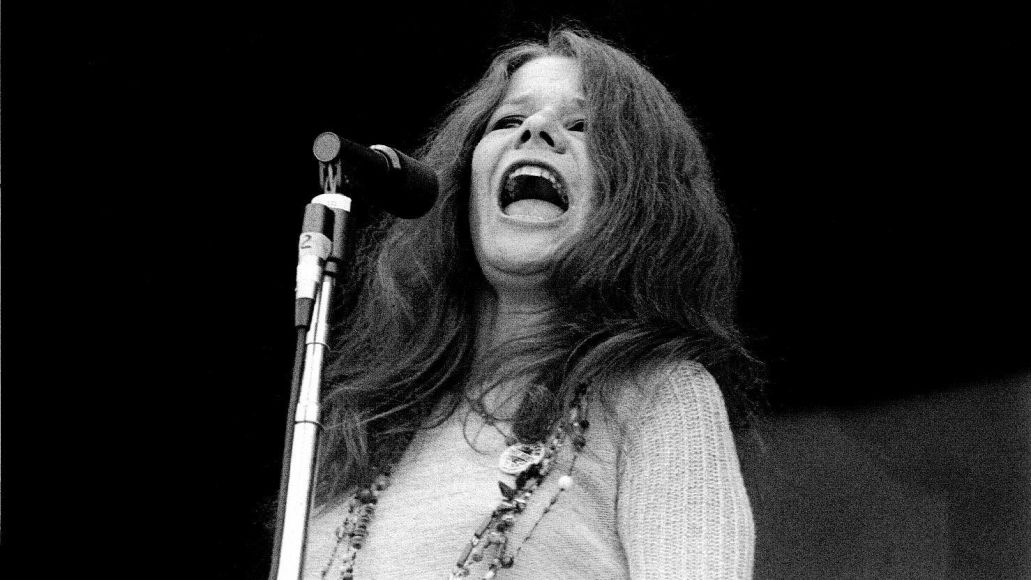 Joplin’s short career has cast a long shadow over rock and roll history. According to Jeff Jampol, the current manager of Joplin’s catalog, “She started as an acoustic folk and blues singer in bars, roadhouses, and coffee joints; the second phase of her career launched when she joined Big Brother and the Holding Company and coupled her singing with electric instrumentation for the very first time. This combination resulted in the birth of her signature sound and searing, acid-tinged psychedelic rock and roll.”

But the Joplin-fronted version of Big Brother had trouble gaining traction; and except for a few performances at The Fillmore and a Hare Krishna benefit show, the band was little seen by audiences or record executives before the Monterey International Pop Festival.

According to historian Alice Echols, festival organizers, “[H]adn’t expected much from Big Brother, whom they scheduled to appear on Saturday afternoon, distinctly non-prime time.” Led by Joplin’s hair-raising vocals, Big Brother gave such a powerful performance that they were asked to perform again Saturday night so that D.A. Pennebaker’s crew could include them in the concert film.

In the footage, she looks so small and young. She was 24. Her voice, however, is the voice of a roaring lioness, and the incredible depth and ferocity of her performance bowled everyone over, even the other musicians. In the clip above the camera keeps cutting to a woman in the audience with a stunned expression; that’s one of the most famous musicians at the festival – that’s Mama Cass Elliot of The Mamas & the Papas.

As Elliot watches this tiny nobody from Port Arthur, Texas, you can almost see her jaw dropping closer and closer to the floor. At the end, she visibly mouths the words, “Wow! That’s really heavy!”

The great manager Albert Grossman signed Big Brother and the Holding Company based on that performance, and the band was able to ink a deal with Columbia Records. Even then, however, it was clear that Joplin was on another level from the rest of the band, and she would leave Big Brother a year later.

“It was a career-making, career-defining moment,” Jampol says. “The right festival with the right people in the audience and an absolutely groundbreaking and historic incendiary performance caught on film.” 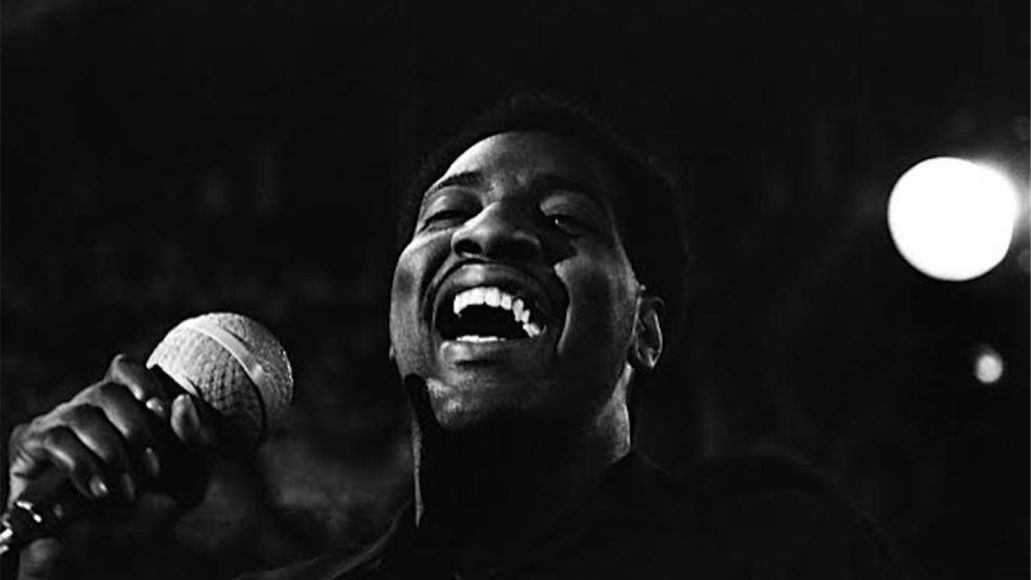 “Redding had been wowing black audiences for years,” writes historian Alice Echols, “But few … in Monterey’s overwhelmingly white audience had ever seen him perform.”

Today, there’s considerable overlap between the R&B and Pop charts, but that wasn’t true in the 1960’s. For example, Redding’s absolutely perfect 1965 album Otis Blue: Otis Redding Sings Soul was the best-selling R&B album in the country, but only peaked as the 75th best-selling album overall. It’s hard to believe that a record with such classics as “Ole Man Trouble”, I’ve Been Loving You Too Long”, and “Respect” (Aretha Franklin’s version was a cover) would find so little crossover success, and it certainly says something about white America at the time.

Karla Redding-Andrews, Otis’ daughter, told Consequence of Sound that by 1967 her father had begun building a relationship with white audiences by playing at fraternity parties at white colleges. But, “Europe was a whole other animal. They worshipped him over there! The Beatles sent a limo for him and the band when they arrived at the airport, and The Rolling Stones … still talk about Otis and what a huge influence he was on them.

“Monterey Pop opened him up to a whole new audience. These young hippie kids, not to mention all the industry folks and press who also attended the event, took him to a whole new level of star.” It’s rare that such a seasoned performer plays to an enormous audience that is mostly unfamiliar with his work. Redding took command.

Listen to his voice control in the clip above — how gently he starts, like velvet; and how easily he flips to a thundering wail. My favorite moment is around the 1:00 mark, where he howls “Oh!”, pauses, and asks to do it again. He does it three times total, working the audience without directly addressing the audience. This isn’t the raw power of young Joplin; this is a masterclass in subtlety.

“With his charisma, dynamism, and intense, turbocharged vocals, Redding succeeded in knocking out “the love crowd,” as he called it,” according to Echols. The Berkley Barb wrote, “Otis was king.”

And as much as Redding affected festival-goers, according to his daughter, the festival had nearly as great an impact on Redding. “It definitely influenced his writing, exposing him to different styles, different arrangements. The tragedy is that it came just months before he died.” Before the plane crash that took his life in December of 1967, Redding had time enough to record what would become his signature song. Inspired by the pop and rock he’d been exposed to at Monterey, and also by The Beatles’ Sgt. Pepper’s Lonely Hearts Club Band, Redding wrote one final, perfect tune: “(Sittin’ On) The Dock of the Bay”. It became the first time Redding broke into the top 20 songs in the country; in fact, it went all the way to No. 1.

Janis Joplin and Otis Redding, at different points in their careers, both played for an audience who had mostly never heard of them, and both artists won thousands of new fans. It’s a testament to the performers, and to the crowd, too — to the young misfits from all over the country who came together for love of music and who took back to their hometowns new music that they loved.

This is the power of music festivals, revealed in June of 1967 in Monterey, California. Woodstock did it on a larger scale, and today’s promoters have made the festival experience as slick as a soda pop ad, but the power remains undiminished. It’s the power to capture the mood of a country, to turn a collection of strangers into a community, and to transform the “tiny fonts” of today into the all-caps headliners of tomorrow. Music can be profoundly personal, but as Monterey showed us, it grows more profound the more widely it is shared.