To coincide with her North American tour earlier this year, PJ Harvey released a 7-inch featuring two new songs, “A Dog Called Money” and “I’ll Be Waiting”. Today, the English musician has returned with yet another fresh track in tow.

Titled “The Camp”, it’s a sobering, folk rock number about the lives of displaced Syrian refugees in Lebanon. According to The Guardian, Harvey crafted the song in collaboration with Egyptian artist Ramy Essam, whose song “Irhal” became associated with the demonstrations during Egyptian revolution of 2011.

“She [Harvey] is a humble person and true artist that I only could dream to even meet – and now I’m singing with her for this important cause, for humanity,” Essam wrote in a press release. “It was an honour to work with PJ Harvey, and I found it so inspiring. It gave me a chance to live my dream for a while.”

Accompanying the song is a music video which features harrowing images documenting the refugee crisis. In his own statement, the photojournalist behind the pictures, Giles Duley, said:

“It is hard to comprehend the scale of the crisis in Lebanon, a country of 4 million now hosting over 1 million Syrian refugees. The infrastructure of the country is pushed to its limit, and nowhere is that situation more desperate than in the Bekaa Valley. However, there are some amazing organisations doing incredible, effective, and selfless work on the ground there, and of all the NGOs I have documented, none have impressed me more than Beyond. To visit their schools and witness their programs is to see hope – and that is something we have to support.” 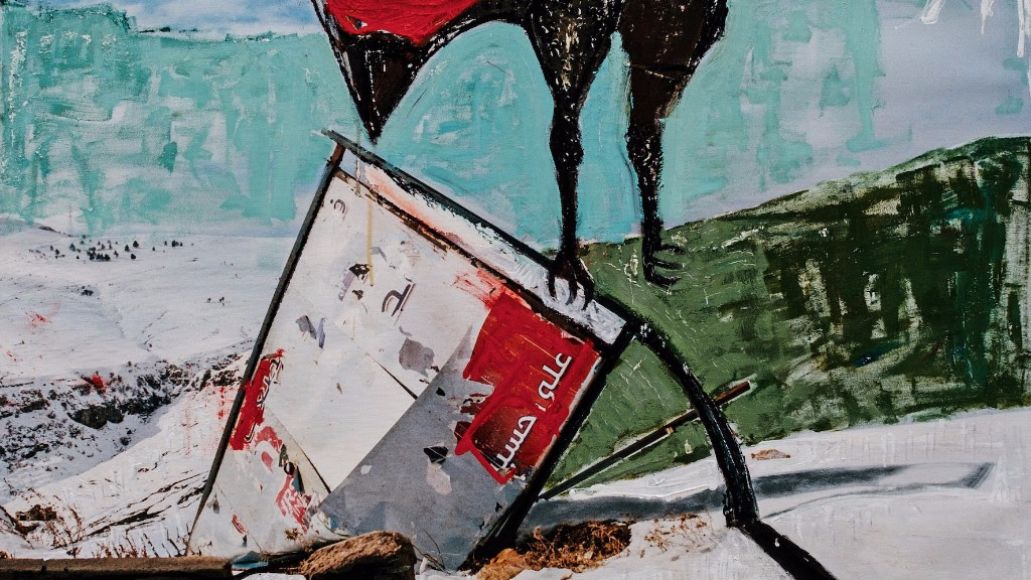